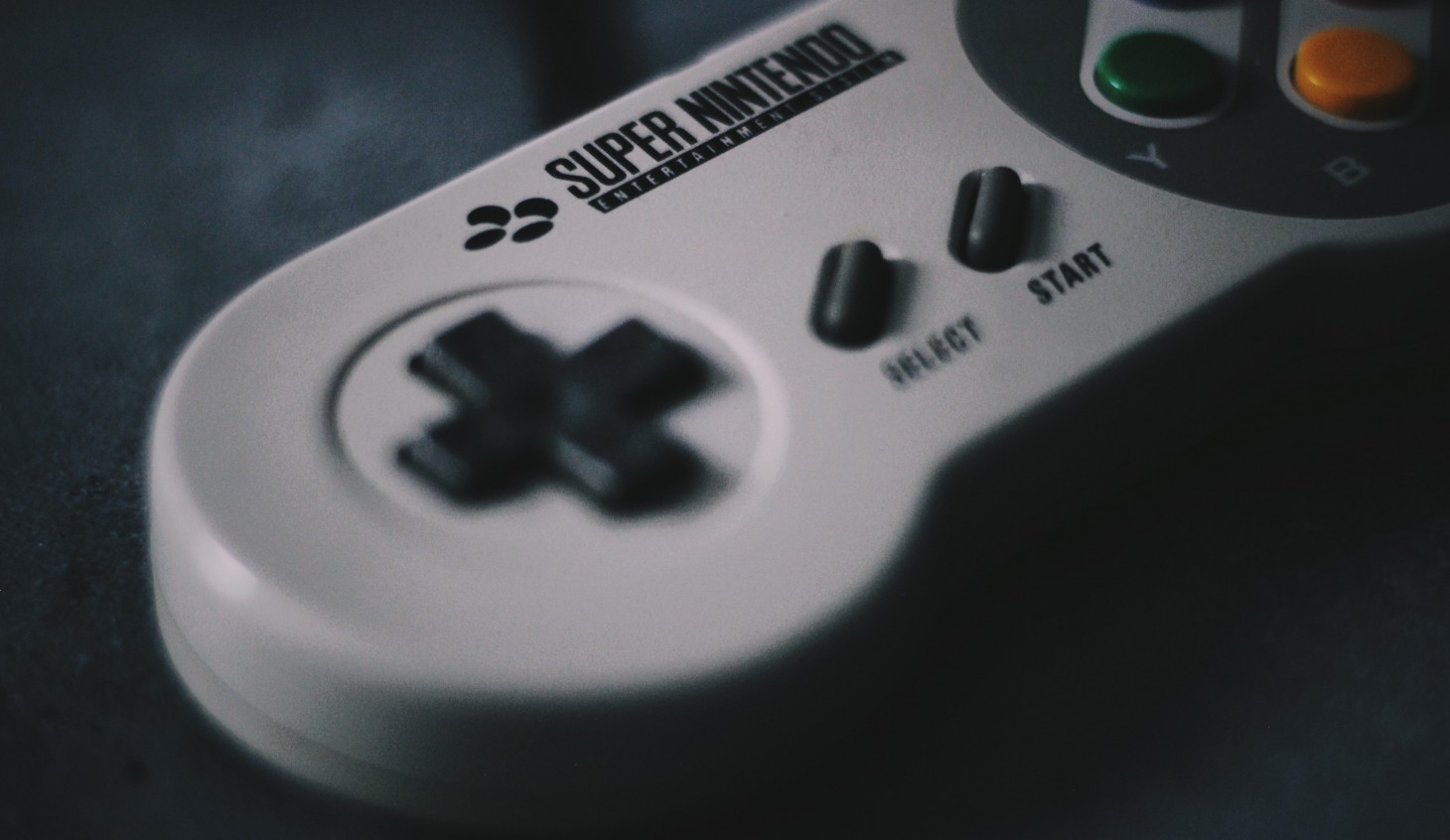 Super Powered: Charting The Lasting Legacy Of The Super NES

In the ‘80s, Nintendo saved the video game industry with the release of the NES. That console ushered in a renewed enthusiasm for interactive entertainment and established a series of brands, such as Mario, Zelda, and Metroid, which remain relevant today. Over the course of only a few years, Nintendo’s name became virtually synonymous with video games, and its characters grew so popular that they worked their way into breakfast cereals, lunch boxes, and Saturday morning cartoons.

However, by the early ‘90s, Nintendo’s chokehold on the industry had started to slip. More powerful 16-bit consoles like the Sega Genesis and the TurboGrafx-16 had begun to challenge Nintendo’s dominance. To stay relevant, Nintendo needed to update its hardware.

A skunkworks team inside Nintendo’s research and development department began crafting a successor to the NES. The system would be surprisingly underpowered, but it would contain several modern gaming concepts and ultimately help cement Nintendo’s place in the industry. That console was the Super Nintendo Entertainment System, and many consider it to be one of Nintendo’s crowning achievements.

Suping Up The NES 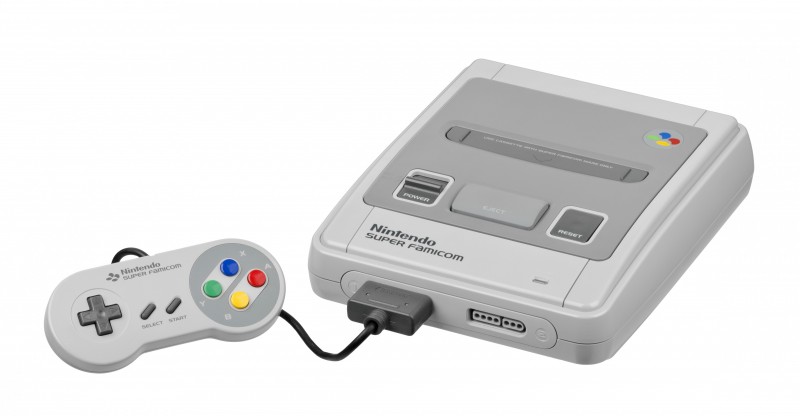 The Japanese design for the SNES (called the Super Famicom) was much boxier. Nintendo of America felt it looked too much like a toy and redesigned the system for U.S. release

Suping Up The NES

Masayuki Uemura was an engineer working for the Sharp Corporation when Nintendo approached him about making video game consoles. At Sharp, Uemura had built photosensitive cell technology, and Nintendo wanted to use this technology to build a light gun that could interact with televisions. Not only did Uemura help build Nintendo’s light gun, but he went on to design the original NES console that it was bundled with. Over the years, Uemura produced games like Donkey Kong, Mario Bros., and Ice Climber before finally moving on to work on Nintendo’s next big console. However, designing the SNES would prove to be more complicated than Nintendo’s ­original ­console.

Uemura centered the SNES architecture on a custom-built 3.58-MHz CPU. Even for the day, this wasn’t incredibly impressive. Sega’s Genesis console, which released more than two years prior to the SNES, housed a faster processor. However, Uemura designed the SNES’s chipset for maximum visual and audio performance, which helped disguise its lack of horsepower. For example, while the Sega Genesis could only display 512 different colors on a television screen, the SNES had a color palette of over 32,000 colors and could display more than 128 ­sprites ­simultaneously.

The Super Nintendo’s lack of power likely came from Nintendo’s original desire to allow the SNES to be backward compatible with NES cartridges. The NES was the most popular video game console on the market, and it had amassed an impressive library of titles, so allowing the SNES to run all of the NES’s software would have given Nintendo’s new console an impressive head start. Unfortunately, this feature was axed as the system progressed ­toward ­launch.

Fortunately, the SNES had a few unique graphical effects up its sleeve, which made it worth the upgrade. Nintendo designed the SNES to allow for seven different graphical display modes, but only one of these modes reach widespread acclaim. Before the system’s release, Nintendo’s marketing department began trumpeting the graphical feats of Mode 7, a display setting that allowed developers to rotate and scale background layers in their games. This faux 3D effect – seen in games like Super Mario Kart, Pilotwings, and Super Castlevania – became one of the SNES’ distinguishing features and helped set the console apart from its competitors.

Mode 7 – seen in games like Super Mario Kart, Pilotwings, and Super Castlevania – became one of the SNES’ distinguishing features and helped set the console apart from its competitors."

After establishing the SNES’s internal guts, Nintendo began to think about how its new system should look and feel. Early in the concept phase, Uemura thought that the SNES might function a bit more like a personal computer. In Japan, the NES was called the Famicom, a portmanteau of family and computer. Uemura felt that he might expand on this family computer concept by giving the system a keyboard and card reader, but these input devices eventually fell away in favor of a more traditional video game controller. However, Nintendo’s new controller received a drastic remodel, and the studio design a more ergonomic controller that players could hold comfortably ­for ­hours.

Further inspiration for the SNES controller came from an unlikely source. Fighting games were incredibly popular in arcades at the time, and Nintendo felt that it needed six button inputs on its controller to accommodate console ports for games like Street Fighter II. During focus testing, however, Nintendo discovered that players were easily confused by six face buttons. Four face buttons, tilted into a diamond shape, were much easier for thumbs to navigate, so Nintendo shifted two of its face buttons to the controller’s shoulders. The SNES featured several major innovations, but this controller design, which has been the basis for nearly every controller since, may have been the SNES’ biggest contribution to ­the ­industry. 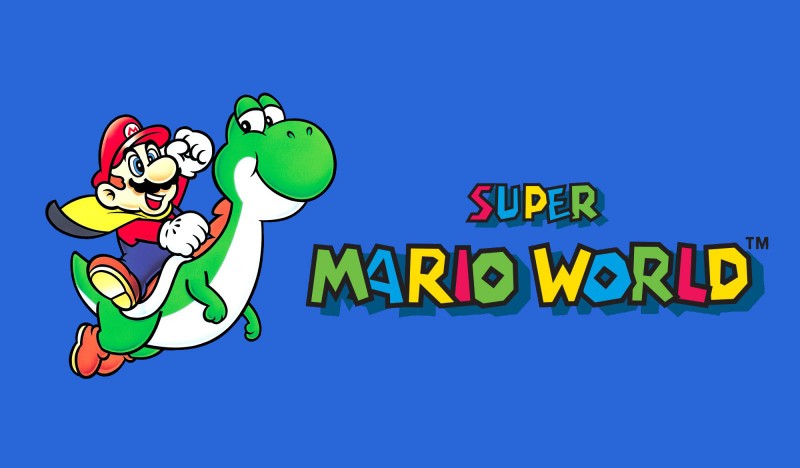 Super Mario World was one of the first games released for the SNES, but it is still heralded as one of the best. Speed runners have been able to finish the game in less than ten minutes

In Japan, the SNES (called the Super Famicom) had a plain, square design and rounded edges. However, before shipping the console overseas, Nintendo of America believed it need to redesign the case for the western market. Nintendo of American passed the project to an in-house designer named Lance Barr, who felt that the Japanese design was too toy-like.

“The Super Famicom was maybe okay for the market in Japan,” Barr told Nintendojo back in 2007. “For the U.S., I felt that it was too soft and had no edge. We were always looking at future modular components (even the NES had a connector on the bottom), so you had to design with the idea of stacking on top of other components. I thought the Super Famicom didn't look good when stacked and even by itself, had a kind of ‘bag of ­bread’ ­look.”

The American redesign was also a reaction to feedback on Nintendo’s previous console. The original NES was a relatively simple gray box, and Nintendo of America had received several complaints from NES owner who had placed drinks or bowls of cereal on top of their consoles only to spill liquid into the vent at the top of the unit. To prevent SNES owners from the same fate, Barr made sure that the U.S. version of the SNES had an uneven surface. Barr also gave the console a more muted color scheme, and changed the controller’s X and Y buttons so they had a concave curvature, which offered a better haptic distinction between all four ­face ­buttons. 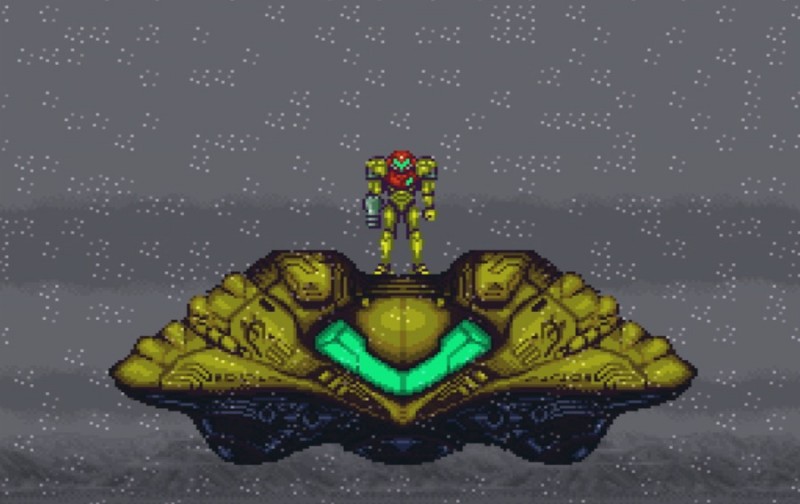 Metroid never sold very well in Japan. Super Metroid had a troubled development and was almost cancelled at several points during development. Thankfully, it wasn’t

When Nintendo released its original NES, the video game market was in the middle of a large-scale recession, and Nintendo had to trick retailers into putting its new console on their shelves by marketing it as a toy. Five years later, those roles had reversed, and retailers were begging Nintendo for larger shipments of the ­Super ­NES.

More than 1.5 million fans rushed out to pre-order the system before it launched, and Nintendo’s initial shipments sold out in about two hours. In Japan, the Super Nintendo was such a hot commodity that the consoles were reportedly shipped to stores secretly and under the cover of night, for fear that the Yakuza might rob retailers. The SNES’s launch day became an international media circus as thousands of people lined up in front of electronics stores hoping to get their hands on ­a ­console.

“Many parents called in sick to work so that they could join the lines of waiting shoppers,” wrote Steven L. Kent in his book The Ultimate History of Video Games. “All of Tokyo was slowed down by the crowds, and a frenzy began when news spread that Nintendo had shipped only 300,000 consoles. The pushing and shoving were so chaotic that the Japanese government later asked Nintendo and other video game companies to restrict future hardware releases ­to ­weekends.”

All of Tokyo was slowed down by the crowds, and a frenzy began when news spread that Nintendo had shipped only 300,000 consoles."

The fervor over Nintendo’s new console is even more surprising in light of the fact that the console only had two launch titles in Japan: F-Zero and Super Mario World. For the U.S. release, the following year, Nintendo added the amateur flight simulator Pilotwings to that lineup. Three games might seem paltry today, but Shigeru Miyamoto and his team of designers were only given 15 months to design and code the entire launch library from the time they saw the first ­machine ­designs.

Over the years the Super NES amassed a library far more impressive than any of the system’s technical specifications (see sidebar for our favorites). Nintendo continued to support its console with some of its most beloved products, such as The Legend of Zelda: A Link to the Past, Super Metroid, and Super Mario Kart. Meanwhile the world’s most prolific development studios, such as Square, Capcom, and Konami, rushed to release their titles on Nintendo’s new hardware. Even near the end of its lifespan, the Super Nintendo was turning out graphical powerhouses like Donkey Kong Country, Star Fox, and Super Mario World 2: Yoshi’s Island, which seemed to push the limits of the hardware to ­new ­heights.

The Super Nintendo proved that Nintendo wasn’t a one-hit wonder, and it cemented the company’s place in the video game industry. Much of the nostalgia surrounding Nintendo’s brands was built up during the SNES’s lifespan as its meager launch lineup grew into a library containing some of the most beloved games of all time. The Super NES was never the most powerful system on the market, but Nintendo understood that developers didn’t need to possess the most powerful hardware to be a market leader. The Super Nintendo helped shaped the industry like few consoles have before or since, and it created a foundation for our modern ­gaming ­landscape.

This article originally appeared in the November 2017 issue of Game Informer.