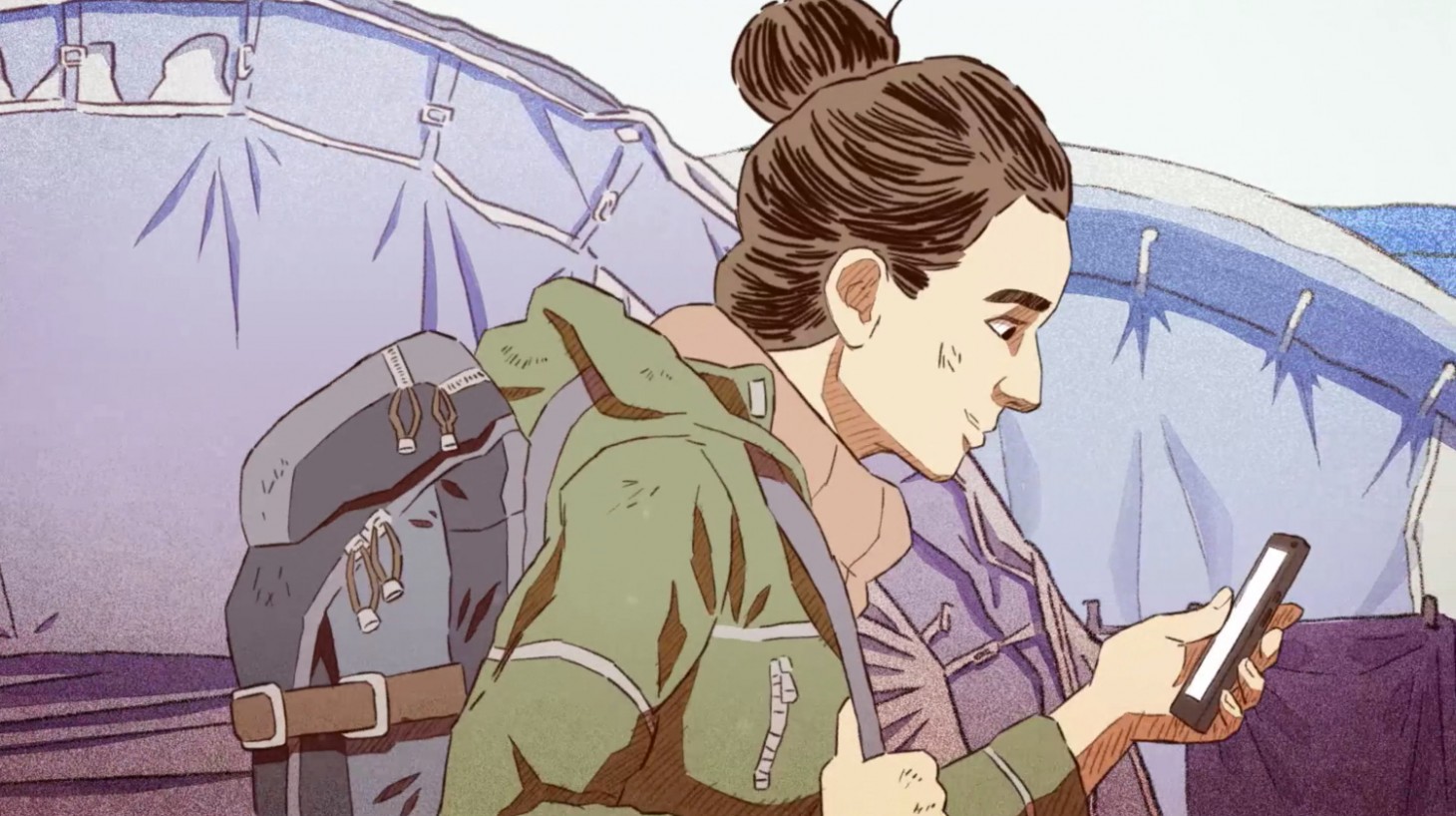 Bury Me, My Love Review

You wait impatiently for your wife to answer. It's been an hour, but it feels like forever. Your only connection is through text message, as she journeys through war-torn Syria in an attempt to flee for her life. Just as you're about to text again, a notification pops up.

Relief washes over you as you read the message, but you're still tense. After all, she's never truly safe, and neither are you.

This is what it's like to play Bury Me, My Love, an adventure game told through text. You speak to your wife, Nour, and guide her through difficult decisions as she leaves Syria for Europe. The only way to communicate is through text message, which is similar to how many migrating Syrians reach out to loved ones. Since the civil war began in 2011, millions of Syrians have been displaced. Bury Me, My Love doesn't just effectively humanize Syrians trying to escape, but also puts a spotlight on those left behind. Through realistically written messages and occasional photos, you empathize with a couple's bleak reality in a story that is as tragic as it is inspiring.

Bury Me, My Love has a simple, clean interface that resembles a phone's texting screen. As Nour's husband, you are often given a couple options of what to answer for bigger decisions. Sometimes you answer with words, but other times, an emoji may be more appropriate. Nour's responses and situation can change from one text to the next. I enjoyed the back-and-forth conversation because of how natural it is, making the experience feel genuine.

Choice and consequence are some of Bury Me, My Love's strongest points. With 19 different endings, Nour's fate can be impacted in many ways. Advising her to act on a dubious decision like trusting a smuggler could be dangerous, bringing a true-to-life intensity to decision making. However, Nour can be stubborn and she doesn't always listen to your advice. When you caution her not to approach a bomb site, she does so anyway to help the injured. She's determined and has a mind of her own; sometimes she consults you beforehand, and other times you're left with dire circumstances. Luckily, you can often mend potentially disastrous situations such as urging her to return a stolen passport. These small complexities to choice bring a wide variety of consequences and introduce another layer of realism to Nour's well thought out personality.

Although it's a grim story, I enjoyed the little moments, like when an inside joke forms between the couple about auto-correct. Seeing how these small instances evolve and getting to know the characters on a deeper level is extremely captivating, even during mundane conversations such as what kind of life jacket to buy. You only get to know Nour and Majd (outside of mentioned passerbys), but I never grew tired of them. They're strong-willed and have a deep love for one another, despite occasional squabbles. Even during arguments, I could tell both their reasons came from a place of caring, which made me root for them more. The two lend each other support in seemingly impossible circumstances. Majd sends comforting pictures, such as one with his head nestled against a pillow, asking Nour to imagine him next to her. Occasionally they crack jokes, like when Nour is feeling uncomfortable approaching other refugees at a camp. Majd laughs, and says she is the least shy person he knows. The well-placed humor works, adding moments of respite in an incredible tale of human strength.

Unfortunately, I encountered a couple bugs on the Switch version. Being briefly unable to access settings and having the game crash distracted from my otherwise positive experience. I enjoyed playing with the screen rotated vertically, so it better mimics a phone, but the touch screen isn't reliably responsive. I kept joycons in-hand throughout. These are minor annoyances, making the mobile version superior, but the strong story continued to pull me in.

Rather than focusing on the political or militant side of war like many games do, Bury Me, My Love's humanistic approach is refreshing. This window into war never feels heavy handed or disingenuous; it's grounded in its storytelling, and kept me glued to the screen until Nour's journey concluded. 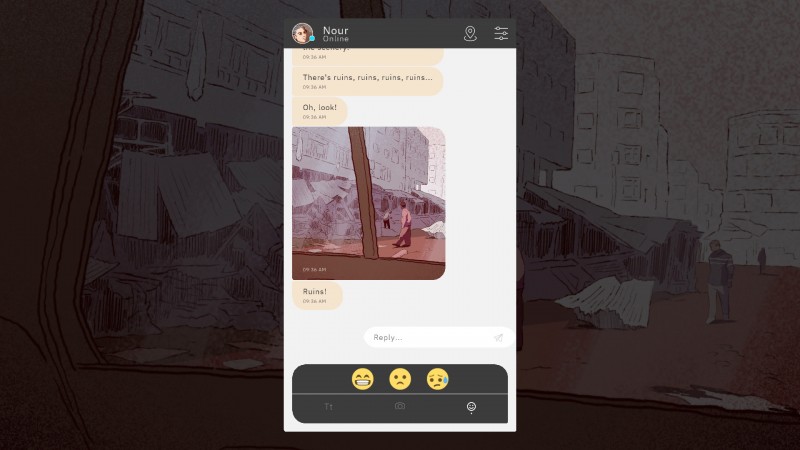 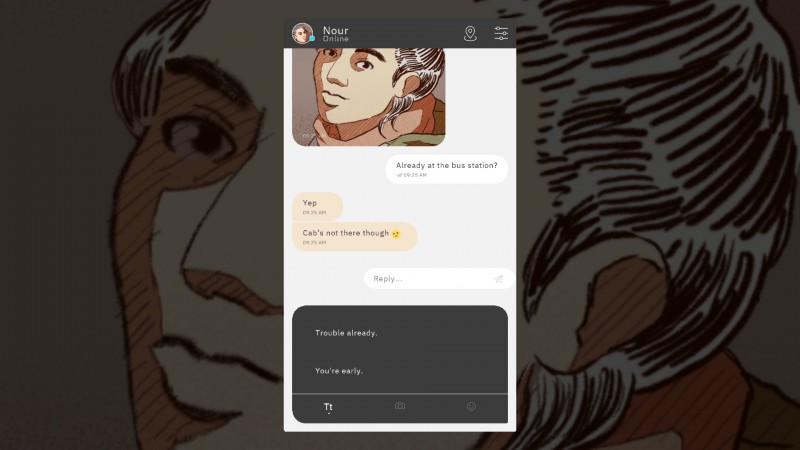 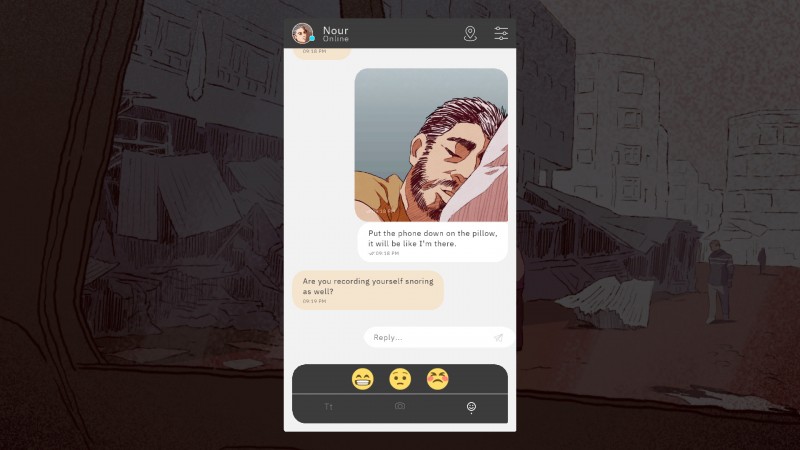 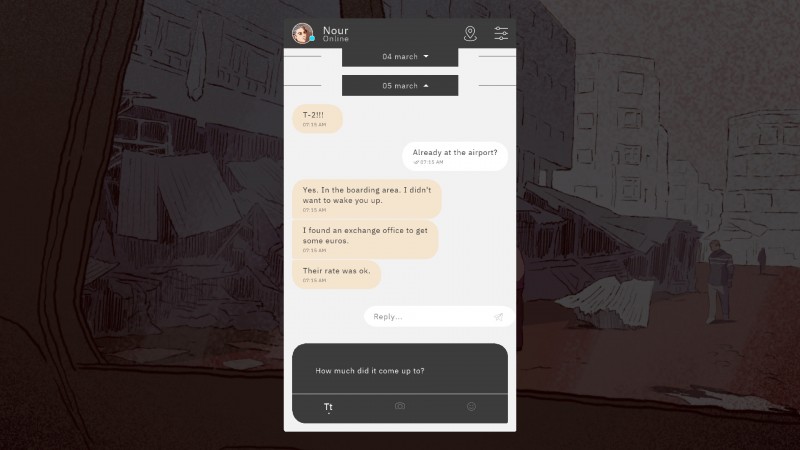 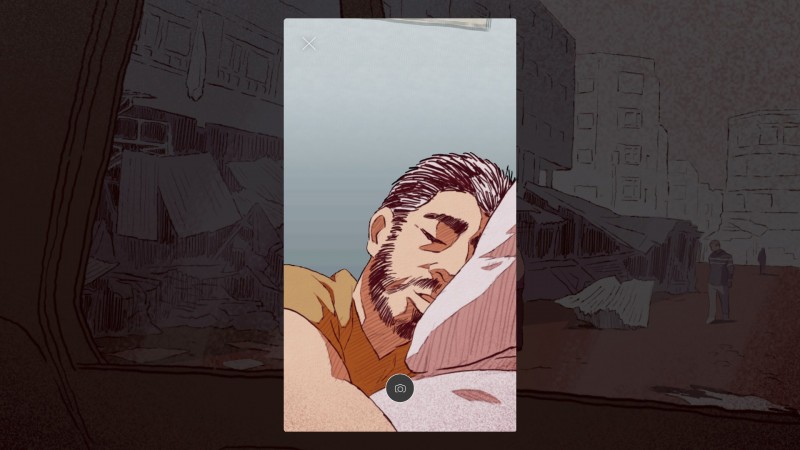 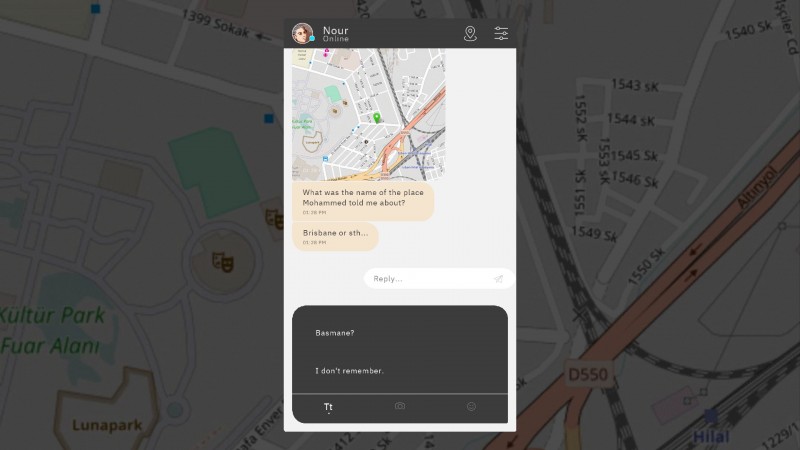 Off
8.25
About Game Informer's review system
Concept
A text-based adventure that tells a powerful migrant story about Syrian refugees and has you make tough decisions throughout
Graphics
Bury Me, My Love's text message interface is simple and clean. Beautiful, hand-drawn photos are shown periodically, which helps humanize the characters and world
Sound
A mellow tune plays in the background, adding emotion to heartbreaking moments
Playability
Bury Me, My Love is easy to play by selecting dialogue options and scrolling, but minor bugs and crashes distract from the experience
Entertainment
This excellent story is equal parts heartbreaking and captivating, by giving insight into the arduous journey Syrians take to escape their war-torn home
Replay
High

Bury Me, My Love