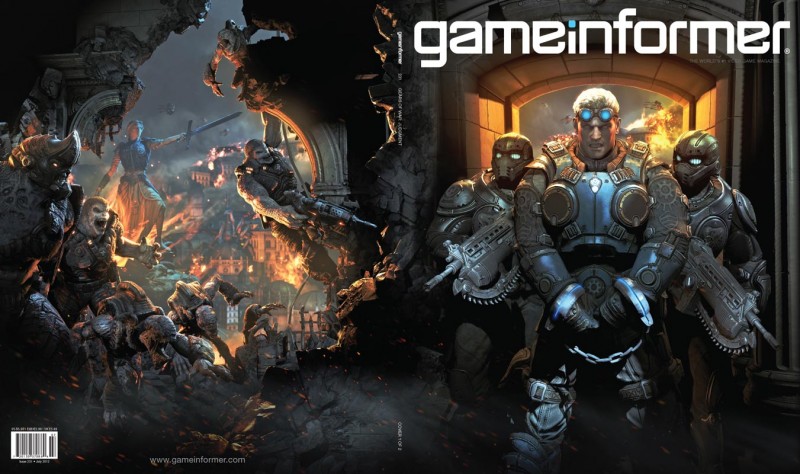 Update 2: Today Microsoft officially unveiled Gears of War: Judgment during its E3 2012 press conference. The July issue of Game Informer is packed with information on the new entry and should be arriving on newsstands and hitting subscribers soon, and you'll be able to read it on your iPad with our brand new app. Today we have an exclusive trailer teasing all the unique online Gears coverage we have coming all month, along with a link to our Gears of War: Judgment hub.

Here's the coverage trailer with snippets from our exclusive interviews with Epic Games and People Can Fly:

Check out both of the beautiful covers below, keep an eye out for the issue in your mailbox and on newsstands, and check back Monday for more information on Gears of War: Judgment's multiplayer mode. On Monday we'll launch our Gears of War: Judgment hub, along with a coverage trailer for all the exclusive Gears content you have to look forward to throughout July. Also on Monday you can use Game Informer's new iPad app to read all about Gears of War: Judgment and the rest of our content-packed July issue. 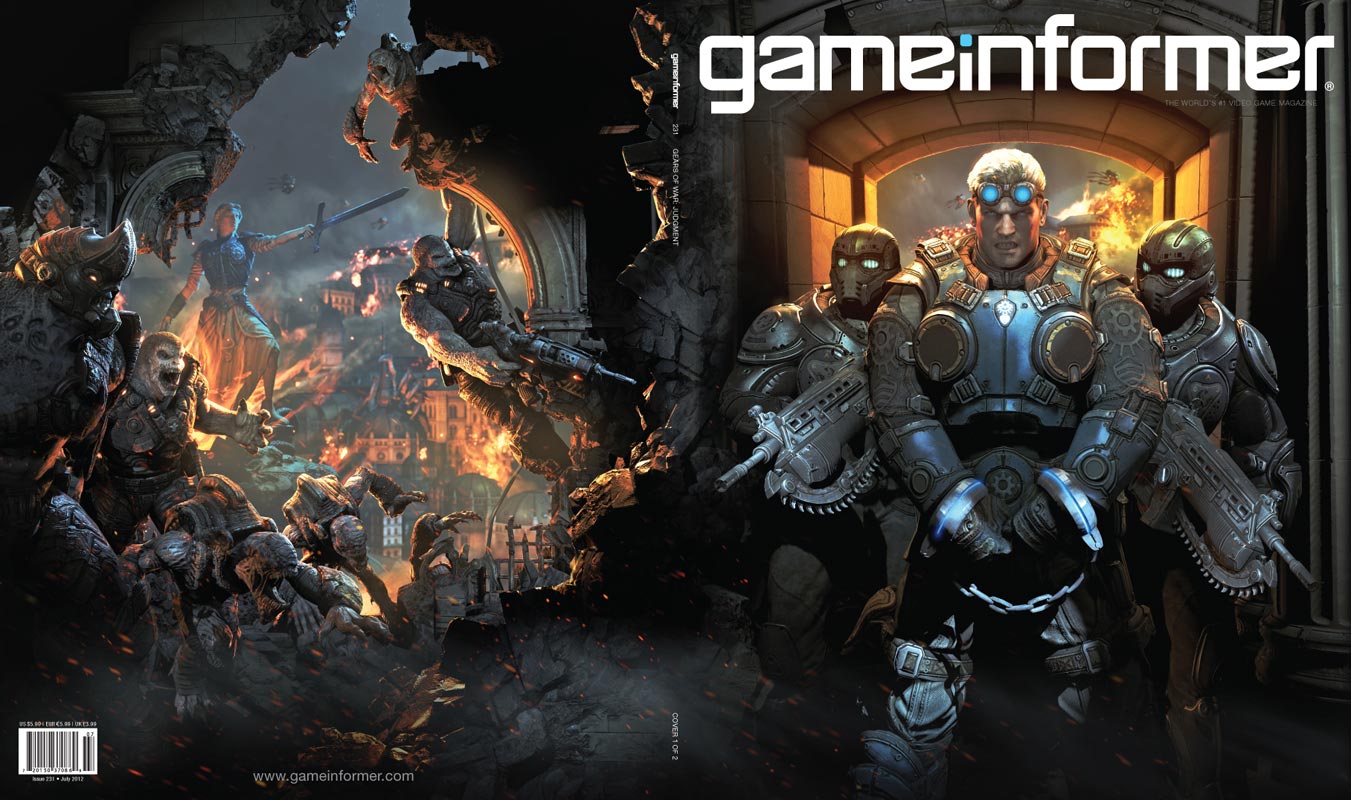 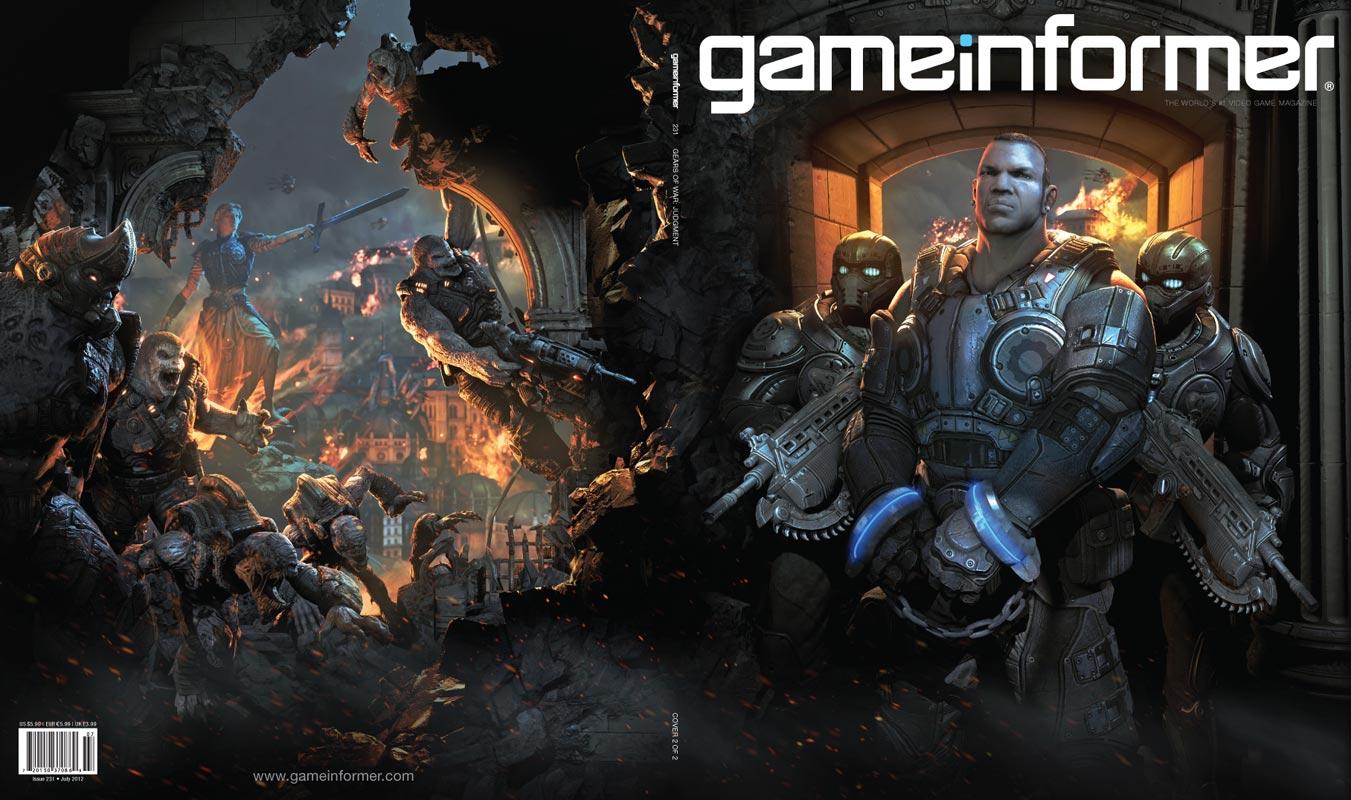 Usually, we like to reveal the name and final cover art for our upcoming issue's cover story the Thursday before it hits subscribers. This time we're saving the full unveiling of the game's title until Monday during Microsoft's E3 press conference, but we can confirm that our next cover is the new installment in the Gears of War series and is coming to Xbox 360. We figure this news and a glimpse of the shrouded Gears of War cover are least some consolation, as the image raises some interesting questions: Who is in chains, and where?

Take your time trying to decipher clues about the next game in the Gears of War universe, and check back on Monday when we fully pull back the curtain on both (yes, we said "both") of our covers. Also waiting for you on Monday is a teaser trailer jammed with sneak peeks at our month of online Gears of War coverage. As always, you can learn more about Epic's new game in the following weeks with a wealth of online videos, articles, and interviews that will populate our upcoming Gears of War hub, including an exclusive and extensive first look here at Game Informer that hits Monday morning. You don't want to miss it.

Our world exclusive first look at next game in the Gears of War franchise isn't the only story worth diving into in our July issue. Get a sneak peek at the splendor of the next console generation with our in- depth article on Epic's Unreal Engine 4. Get ready for Call of Duty: Black Ops II with our extensive feature detailing the game's intense, globe-hopping campaign. We also have a new look at the long- awaited Tomb Raider reboot, along with The Elder Scrolls V: Skyrim – Dawnguard and some exciting new projects that will be announced next week.

In this upcoming issue we also catch up with Robert Bowling and discuss the first game from his new studio, Robotoki. Ex-Infinity Ward heads Jason West and Vince Zampella also reveal more on their side of the Activision/Call of Duty drama and their future endeavors.

Look for the July issue to hit mailboxes and newsstands in the coming weeks, or click here to subscribe or convert your existing physical subscription and get access to the digital edition when it goes live on June 4 – we might even have a new surprise on Monday for digital subscribers as well.