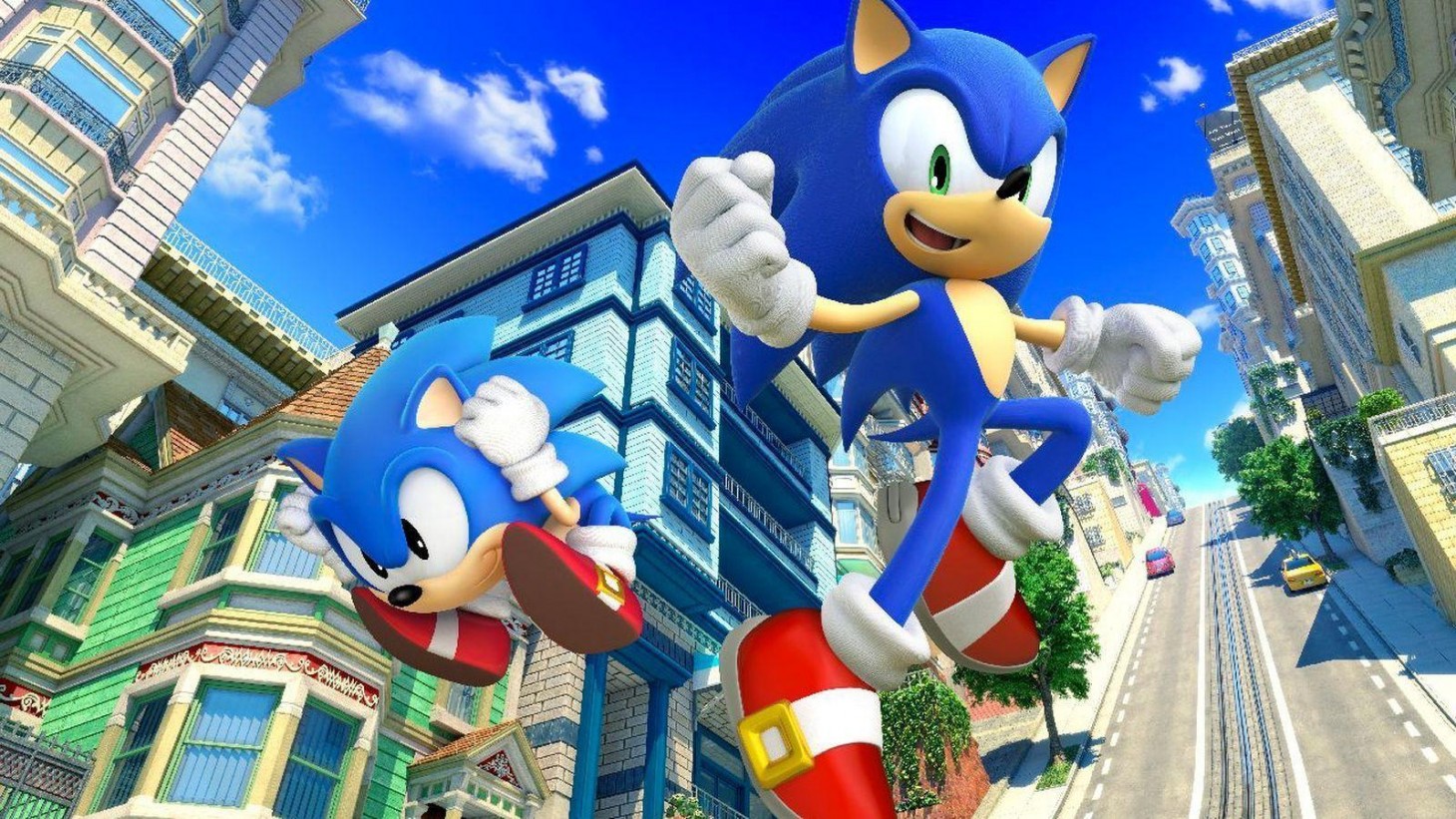 More Burning Questions About The Sonic The Hedgehog Franchise Answered

With each successive Sonic the Hedgehog game, fans come up with all sorts of questions about the series. Where does Sonic live? How much can you get for a Chaos Emerald? What is up with Sonic's eyes? I sat down with head of Sonic Team Takashi Iizuka and art director Kazuyuki Hoshino to ask them some of the most burning questions on behalf of the entire Sonic fan base.

For even more burning questions about the Sonic the Hedgehog franchise, head here.

Does Sonic live in Green Hill Zone, or does he just visit there often?

Takashi Iizuka: He does not live in the Green Hill Zone, he just enjoys running around it. He visits often.

Does he live in any particular Zone?

Iizuka: Sonic does not have a house. He's just constantly on the move and enjoying wherever life takes him.

If I got a Chaos Emerald, how much could I sell that for?

What about eBay? Everything has a price there!

Iizuka: [laughs] It's priceless! I couldn't put a price on it.

Does Sonic have one eye with two pupils in it? What's going on with his eyes?

What about Metal Sonic?

Hoshino: It's not eyeballs. It's monitors with a camera behind the monitor.

What does Metal Sonic do in his free time?

Has anybody noticed that Mighty the Armadillo is missing?

Iizuka: Mighty is a part of the Classic world and the Classic group of characters, and some of the Chaotix did get interpreted for the Modern vision of the games. However, Mighty still exists in the Classic world, so maybe we'll see him in the future in some Classic iteration.

Hoshino: How popular is he? [laughs]

What is Chaos up to these days?

Is Mephiles still hanging around?

Iizuka: Mephiles was created for the Sonic the Hedgehog game we published in 2006. He existed in that world and was very useful for that narrative, but we don't have any future plans for having Mephiles show up.

What about Princess Elise? Has she moved on to another Hedgehog love interest?

Iizuka: [laughs] She's probably just hanging out in the human world, enjoying her life as a princess. Maybe she's a queen now. We're not really sure.

In Sonic Adventure 2, Eggman blew up the moon. Is the moon still in pieces?

Iizuka: As we see the moon as it's presented in Sonic games now, we see one side and it looks very nice and presentable. However, maybe the dark side of the moon is how everyone remembers it to be.

Did that affect the tides at all?

How many Tornado planes have Sonic and Tails crashed at this point?

Iizuka: [laughs] I haven't counted how many. These are very unique questions!

It used to be that Eggman was the sole human. Starting with Sonic Adventure, we're seeing more and more humans show up in the stories. Where are they all coming from?

Iizuka: The world that Sonic lives in and the world the humans live in are separate worlds. But, some of the canon games do have Sonic and humans together, and part of that is based on what world is being portrayed when the game is developed. There are kind of different worlds that do exist and sometimes there's some crossover.

Sonic and Mario have now competed in a few different games now. Who is Sonic's best friend from Mario's crew?

Iizuka: We believe it's probably Sonic and Mario, so that although there's that rivalry there, we think there's really a good friendship as well.

What athletic event do you think Mario could possibly beat Sonic in?

What happened to all of the Super Emeralds?

Iizuka: The Super Emeralds really only existed in the Sonic & Knuckles game and that's the only place they're going to exist in the Modern versions of Sonic the Hedgehog we have now.

Hoshino: They're gone. I don't know how it happened, but they're gone.

Has Dr. Eggman given up building Death Eggs?

Iizuka: Dr. Eggman does like thinking of sinister, malicious things to do and create, so most likely he'll probably try it again.