Our 10 Most Anticipated Adventure Games Of 2017 In 2016, we were treated to a fair share of quality adventure games, from Firewatch to Batman: A Telltale Series. As we head into 2017, it's clear that the adventure genre is still going strong. Double Fine is continuing its resurgence of '90s LucasArts remasters, with Full Throttle being the newest addition. We're also seeing the continuation Kate Walker's story in Syberia III, a much anticipated sequel to the previous entry that released more than 12 years ago. We've been excited for Jenny LeClue for a couple years now, and it looks like it's finally inching towards release. Playing as young detective Jenny LeClue, you attempt to prove your mother's innocence in a murder case. It features quirky characters and mature themes, balancing lighthearted and dark tones as the story progresses. This coming-of-age story is narrated from the perspective of a quirky author, who taps away at a typewriter while you choose what happens in the story. With handcrafted visuals and an intriguing premise, we hope that Jenny LeClue will be an entertaining adventure. Announced last year through its Kickstarter, Knights and Bikes is a colorful co-op adventure game from the makers of Tearaway and LittleBigPlanet. It takes major inspiration from The Goonies and games like Earthbound, and it's meant to evoke a sense of childhood and freedom. Taking place on an island in the 1980s, you play as two young girls, Nessa and Demelza, who use childlike schemes to better their enemies. "This is a game for anyone that ever wore their coat like a superhero cape, wondered if there was any treasure buried in the back-garden, and faced danger by peddling their bike at top speed into it," explains developer Foam Sword on its website. The original Full Throttle released in 1995, and its story surrounding deception and intrigue is one of LucasArts' best narratives. Set in the year 2040, you play as biker gang leader Ben, who finds himself framed for murder. It's a short but well-told story, filled with memorable characters, and Double Fine is remastering the adventure this year for a modern audience. Full Throttle is full of challenging puzzles that are at times obtuse, so we're curious to see how the remaster holds up. Fans have been waiting for the continuation of Kate Walker's story for more than a decade, and she's finally making a return in 2017. While Syberia III continues where Syberia II left off, this new entry is meant to also be a comprehensive starting point for those who have never played the series. Notably, choice and consequence have been added to the mix, with dialogue options reminiscent of Telltale games. Syberia III will also have a modern look with full 3D rendered graphics, moving away from the pre-rendered environments of the last two entries. Danganronpa is a twisted visual novel series that mixes murder mystery themes with court trials. Danganronpa V3 will feature an entirely new cast of high school characters, and will take place in a new setting called the Gifted Inmates Academy, which is described as a "prison school." We see the return of the cute but psychotic Monokuma, who once again is at the head of this morbid game of murder and deceit. Much of the gameplay will be similar to past titles with some notable improvements, such as being able to use your lies against opponents during trials. Rime made its first appearance at Gamescom 2013, but disappeared for several years following its announcement. Last year, developer Tequila Works reacquired the rights to the game from Sony, and brought new publishers on board. Now, Rime is back on track, and set to release this May. Rime tells the tale of a young boy who finds himself washed up on the shore of a mysterious island. Taking inspiration from the likes of Ico and Journey, Rime is minimalist in its narrative and gameplay. It balances intuitive puzzle design with exploration, where the player is only lightly directed on where to go with the help of a fox companion. The creators of Maniac Mansion, Gary Winnick and Ron Gilbert, have teamed up again to bring us Thimbleweed Park, an homage to classic adventure games from a bygone era. Influenced by the likes of Twin Peaks, Thimbleweed Park takes place in an ominous town where nothing is as it seems. You play as several different characters, from two FBI agents who discover a corpse under a bridge, to a foul-mouthed clown about to take stage at the circus. It's off-beat, quirky, and amusing in similar ways to older Lucas Arts games like Day of the Tentacle. It also aims to be less obtuse in its puzzle design, with more logical solutions and varying difficulties. From the studio behind 2012's The Unfinished Swan comes a new and much darker adventure game about a cursed family living in Washington State. Told through a collection of short stories, you are put in the shoes of different family members whose stories range from the 1900s to modern day. Each of these stories conclude with the family member's death while the main character, Edith Finch, guides you from one narrative to the next. As you progress, you learn more about the mystery surrounding the Finch family, and why Edith is the only remaining survivor. Check out the trailer from PlayStation Experience in December by heading here. After several delays following its 2013 Kickstarter campaign, Night in the Woods has finally revealed its release date for late February. This cartoony platformer adventure game centers around a cat named Mae who returns her hometown, Possum Springs, after dropping out of college. A lot has changed since she was last here, though, and it's up to Mae to figure out what's behind these strange happenings in the woods near town. Fullbright's previous game, Gone Home, reveled in its simplicity and managed to make mundane game mechanics worthwhile with its focus on spatial storytelling. Tacoma has been on our radar for quite some time, and we dedicated our August 2015 cover story to the upcoming game. While Gone Home is slow-paced, we discovered that in contrast, Tacoma bares similarities to Alien and System Shock. Taking place 200,000 miles away from Earth on a space station, you interact with a crew through holograms. Tonally, it's drastically different from Gone Home's grounded and realistic story, since Tacoma comes across more fantastical. It will be fascinating to see how Fullbright tackles this new story.

Be sure to check our our most anticipated action, MMORPG, shooter, and role-playing games lists as well. 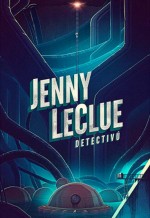 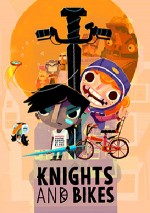 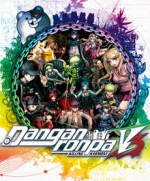 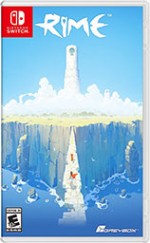 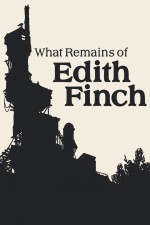 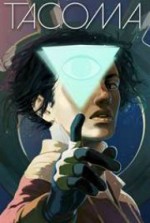