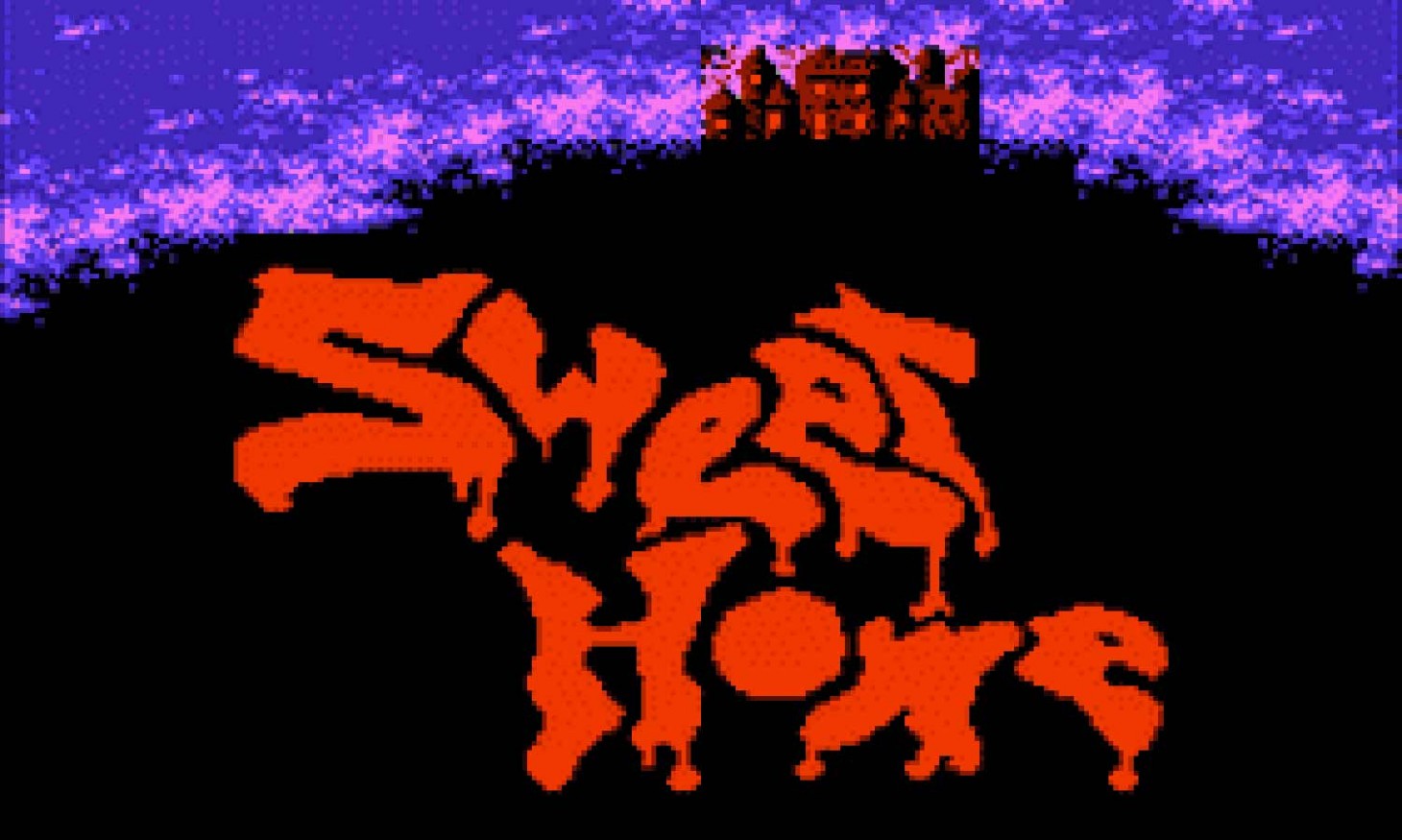 Tokuro Fujiwara didn’t play video games; he didn’t even know that Konami was a game developer when he walked into the studio to apply for a product planner job he’d heard about through a college recruiter. However, Fujiwara excelled at game development. After breaking into the industry at Konami, Fujiwara moved over to Capcom, where he created Ghosts ‘n Goblins and Bionic Commando before working on other 8-bit classics such as Strider, DuckTales, and Mega Man 2.

Fujiwara’s most significant contribution to the gaming industry, however, might be an often-overlooked RPG for Nintendo’s first console that never officially released outside Japan. Entitled Sweet Home, Fujiwara’s project sounds like a game bound for obscurity; it was an adaptation of a low-budget Japanese horror film that served as an early experiment in video game horror. In spite of all this, Sweet Home became a cult hit and went on to inspire the Resident Evil franchise as well as the entire survival horror genre.

At some point in the late ‘80s, Capcom began talking with Japanese film company Itami Productions about making a game based on the then-upcoming film Sweet Home. The gory horror flick centered on a small crew of documentarians who break into the abandoned country home of a famous artist named Ichirō Mamiya. According to legend, 30 years previously Ichirō hid several precious frescos somewhere inside his home, and the fictional film crew hope to uncover these lost treasures for a documentary. Unfortunately, a mysterious ghost traps the crew inside the late artist’s house, kicking off a series of paranormal events ultimately leading to their demise.

Before the film’s theatrical debut, Capcom sent Fujiwara to walk through the set and talk with the film’s director. Fujiwara and his team used reference materials from this visit to create many of the objects and environments in the game. When it came to the script, however, Fujiwara took several liberties, often elaborating on story elements that were only hinted at in the film.

For example, at one point in the movie, the fictional documentarians stumble upon a small grave. The crew then discovers that the grave belonged to Ichirō’s infant son, who had died tragically after accidentally falling into a furnace. Devastated by this event, Ichirō’s wife kills herself and begins haunting their home.

This plot point isn’t developed further in the film, but in the game, Fujiwara added a series of collectable diary entries that expand on the narrative. These diaries explain how Ichirō’s wife was driven crazy after the death of her child, and how she proceeded to lure other young children to their deaths so her son would have playmates in the afterlife. Thronging with premature souls, Ichirō’s house eventually becomes a hotspot of paranormal activity.

It was unprecedented in the late ‘80s for a video game to expand on a film’s narrative in this way. Most games of the era were lucky if they could accurately communicate the main beats of the film they were adapting, let alone embellish the narrative. Fujiwara, on the other hand, knew games were capable of doing more than was expected of them, and this push to explore the limits of the gaming medium can be seen in every element of Sweet Home’s design.

Since Fujiwara’s game was based on a movie, developing its story was relatively easy. However, Fujiwara had few reference points when it came to designing Sweet Home’s gameplay. A few early PC titles had played around with horror themes, such as Nostromo and 3D Monster Maze, but games rarely delivered the kind of oppressive atmosphere Fujiwara wanted. In 2003, Fujiwara told the Japanese gaming magazine Continue he wanted Sweet Home’s gameplay to be an interesting mix of unconventional concepts and an attempt to do something the industry hadn’t seen before.

Many of Sweet Home’s gameplay concepts still sound fresh even by today’s standards. Players control five different heroes as they explore Ichirō’s mansion and participate in random turn-based RPG encounters. Unlike most RPGs, however, monsters didn’t drop money or items. Instead, Fujiwara thought it would be more interesting if players collected important story items in the world and then used those items to open up new areas – a gameplay system that would later become a staple of the survival horror genre.

Players could also group their heroes into teams of up to three, but that meant one team was always short by at least one member. Characters also had special items that gave them unique abilities. For example, one character had a lighter that could burn away ropes blocking corridors and doorways, while another character had a first-aid pack that could neutralize status ailments. The difficulty ramped up significantly if party members started to die thanks to a permadeath system. However, Sweet Home remembered those who sacrificed themselves for the greater good and delivered one of five different endings based on players’ actions throughout the game.

One of Sweet Home’s most impressive features was successfully selling the horror experience on Nintendo’s 8-bit console. As players explored the mansion, furniture would suddenly move to attack them, ghosts could be seen fluttering down the hall out of the corner of the screen, and distorted animal’s sounds would be heard echoing though the mansion’s blood-scrawled walls. Sweet Home’s graphics seem crude by today’s standards, but when players first got their hands on the game two-and-a-half decades ago, many of them were too scared to play in the dark. Fujiwara had accomplished his goal: No one had ever seen anything like Sweet Home before.

In 2000, two groups of ROM hackers called Gaijin Productions and Suicidal Translations worked to translate all of Sweet Home’s text into English. This translation of the game is still floating around on emulation message boards, and fans can buy copies of the game that have been uploaded onto actual NES carts via various grey-market websites. Gai jin Productions and Suicidal Translations spent more than a year finishing the project, and they were well aware of Sweet Home’s influence on the industry. At one point in the game they took a scene that roughly translates, “You’ll never know the secret to getting out of here,” and translated it as, “You must escape this house of residing evil!”

A Reign Of Terror

A Reign Of Terror

Sweet Home released in Japan in 1989 for Nintendo’s Famicom, and received generally favorable reviews. The film’s official trailer actually helped promote the game, and many reviewers thought the game was the better product.

Unfortunately, RPGs had an unproven track record in the U.S. at the time, and Nintendo of America’s stringent release guidelines showed preference for kid-friendly content, so Capcom decided against localizing the game for the NES in Western markets. Despite that decision, Sweet Home’s legacy would be felt worldwide.

Years later, after the release of Sony’s first PlayStation console, Fujiwara was still fond of his work on Sweet Home. Now a producer at Capcom, Fujiwara felt like it was time for the company to remake Sweet Home as a new franchise using updated console technology. He handed the project to a creative young director named Shinji Mikami.

Resident Evil – as it would come to be called – was groundbreaking for a lot of reasons and deserves its spot in gaming’s hall of fame. However, many of Resident Evil’s most iconic elements, including the mansion setting, multiple protagonists with specialized items, environmental puzzles, telling a story though scattered notes, item management with a limited inventory, and even the door loading screen are all on display in Sweet Home. Resident Evil – and the entire horror genre – owe a blood debt to this long-forgotten 8-bit game that had no right to be as good as it was.

This feature, covering the history of the game, would go on to inspire Resident Evil and originally appeared in Issue 282 of Game Informer.