The Army Men series has always had a reputation for being among the worst of the worst as one of the earliest and most blatant offenders in the realm of franchise fatigue. But just how bad was this series? We went back to 1999's Army Men 3D to find out.

Join Joe Juba, Matt Helgeson, Tim Turi, and myself in taking a look at a single entry in one of the most infamous franchises ever. There's laughter, there's singing, there's tears...alright, maybe not so many tears, but a wide variety of emotions, still.

After Army Men, Joe Juba takes the controller for what must be the fifth or sixth Spyro clone we've played on Replay Roulette. Seriously, how many of these things are there?!

But wait, there's more! If you enjoyed this episode of Replay, be sure to check out the full archived collection on our Replay hub page. 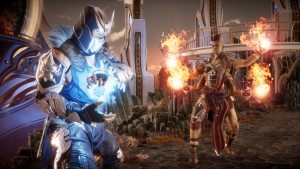