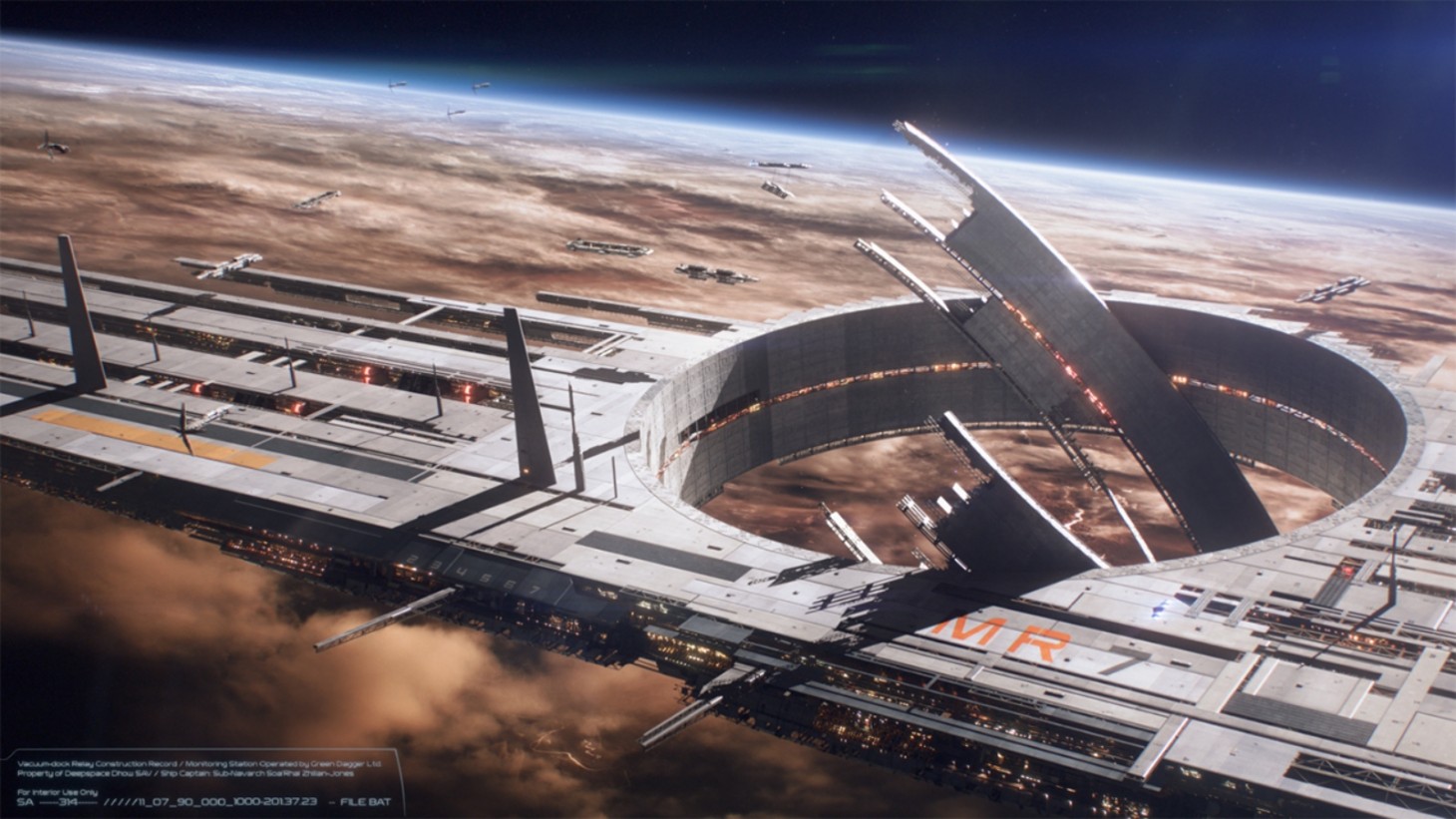 Update, November 8: Fans who noticed faint hints of a woman's voice in the background of the clip weren't hearing things. A few hours after posting the teaser, a fan decoded the background audio to reveal a conversation between what sounds like Liara and the Geth. BioWare has acknowledged this breakthrough by releasing a new version of the clip with clean audio. You can listen to it in the tweet below.

Thank you to all the agents who decoded the footage. Here’s a clean transmission 👀 https://t.co/iADrTHnU6s pic.twitter.com/ALNBNNM05a

Original Story: November 7 is N7 Day for Mass Effect fans, meaning all eyeballs are on BioWare in hopes it’ll release any info on its upcoming Mass Effect sequel. So far, the developer has satisfied that demand by releasing a brief video teaser containing hints of what’s to come.

According to BioWare, fans should examine the 25-second clip “a bit more closely” as it is apparently chock full of clues. A tweet provided a link to download the video, though you can watch it above. It features what appears to be a mass relay under construction. The text in the bottom left corner seemingly confirms this. It reads:

You'll notice that the numbers at the bottom change as the camera zooms, similar to a video recording timer. You can spot a number of large ships floating nearby, but the one that stands out is the smaller vessel with blue-tinted engines cruising across the bottom right near the "MR 7" decal. Some fans have theorized it’s the same ship that appears in last year’s N7 Day teaser; others have proposed that it’s the Tempest from Mass Effect: Andromeda. There’s also the question of what planet the relay is orbiting.

The fifth Mass Effect was formally announced via a teaser trailer during The Game Awards in 2020. We still know next to nothing about the title, including its projected release window. In May, it appeared BioWare accidentally revealed Commander Shepard’s return thanks to a collectible lithograph with a store description that read, "While Shepard and the survivors are left to pick up the pieces, fans are left wondering what’s next." However, BioWare quickly changed this text and clarified that it was a mistake written by online store owners who were unfamiliar with the franchise. With BioWare also hard at work on Dragon Age: Dreadwolf, which seems slated to arrive first, it's anyone's guess when we'll get the first substantial look at Mass Effect.

So what clues can you find in this video? Share your discoveries and theories in the comments!