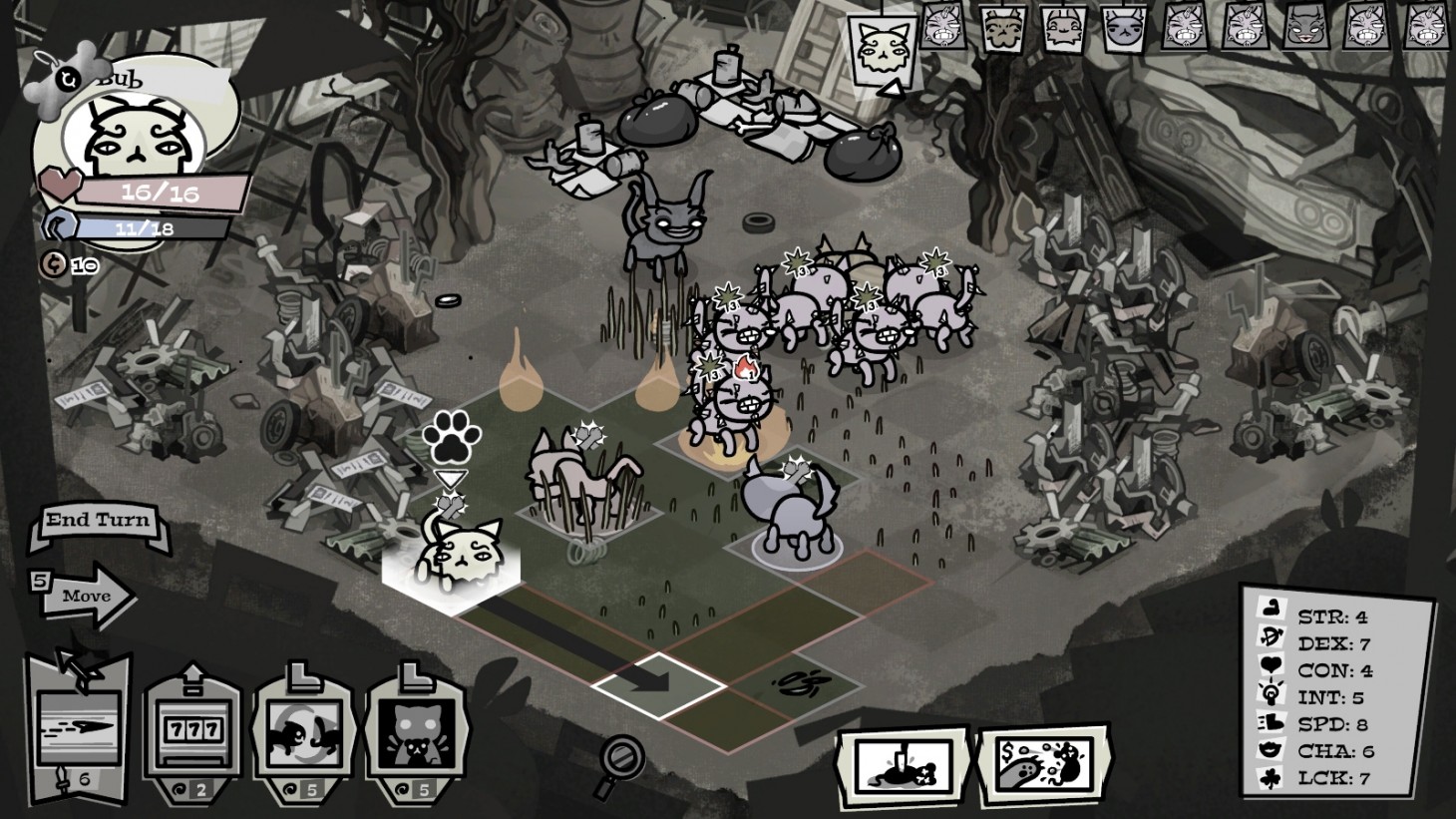 Remember Mewgenics? The wacky cat-breeding roguelike is the brainchild of Super Meat Boy co-creator and The Binding of Isaac mastermind Edmund McMillen and has been in and out of the works for a decade. After being announced, put on hold, and restarted, it appears to have a new release window.

McMillen tweeted a gif of two of the game’s adorable cats engaging in what we'll call an intimate cat exercise. The tweet links to the game’s Steam page, which lists a 2024 release window.

What the heck is Mewgenics? The game tasks players with collecting and breeding hundreds of cats to train and send into battle. Or, as the Steam description puts it, Mewgenics is a “turn-based legacy roguelike draft sim about cats!” The game apparently boasts “100s of hours” of gameplay, multiple classes with over 50 unique abilities, over 200 enemies, and other features.

Mewgenics was first announced in 2012, with McMillen at the time describing it as "By far the strangest project I've ever worked on.” McMillen has worked on it alongside Tyler Glaiel; the pair previously partnered for The End is Nigh, among other titles. The game was originally billed as a cross between Pokémon, The Sims, and Animal Crossing, and had first been planned to release in 2014. It was, of course, delayed, and its development was put on indefinite hold in 2016 when McMillen began work on The Legend of Bum-Bo, which launched in 2019. At the time, McMillen was unsure of Mewgenics’ future, but in 2018 he announced he was remaking the game to be released in “a few years.”

The game is slated to launch for PC, though whether or not it’s still coming to iOS is unknown. Are you still interested in Mewgenics? Let us know in the comments! For more on Edmund McMillen, we spoke with him last December where he discussed his life and career, including Mewgenics, which you can read in this interview feature.