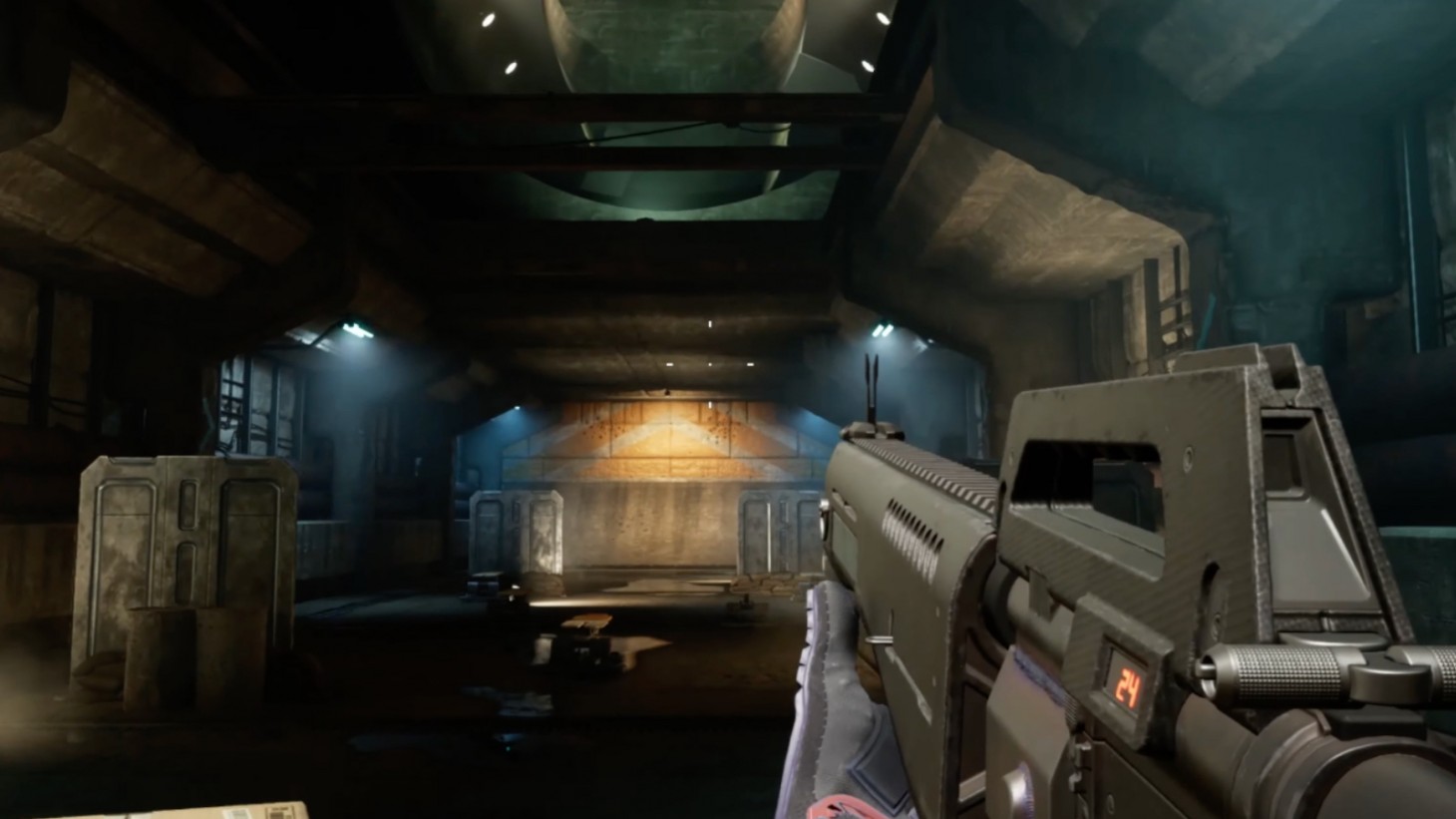 Herschel "Guy" Beahm IV, known by most as Dr. Disrespect, helped form a "AAA game studio" with former Call of Duty and Halo developers in December of last year. Dubbed Midnight Society, the studio's first project was slated to be a multiplayer shooter. More details about it have been released, including word that it's a PvPvE extraction shooter.

Now, Midnight Society's first game has a name – Deadrop – and gameplay footage. This gameplay comes from players who had (very) early access to the title, so it's less of a demo or vertical slice of gameplay and more of a proof of concept. Check it out for yourself in the tweets below from Okami Games.

One more clip showing the outdoor areas and world design.

As you can see, the gameplay as it stands today consists of a firing range with a single weapon. You can catch glimpses of the world design, too, and it looks somewhat cyberpunk-y. Only time will tell what the final product will look like, as all signs point to this game being years away from release.

The reception to the gameplay has been less than great, to say the least. It doesn't help that Beahm tweeted, "I can take a screenshot right now...blows out anything from the [Call of Duty] engine" back in June because this game does not appear to stack up against Call of Duty's visuals. Perhaps it will one day, but that remains to be seen.

What do you think of Deadrop's gameplay? Let us know in the comments below!