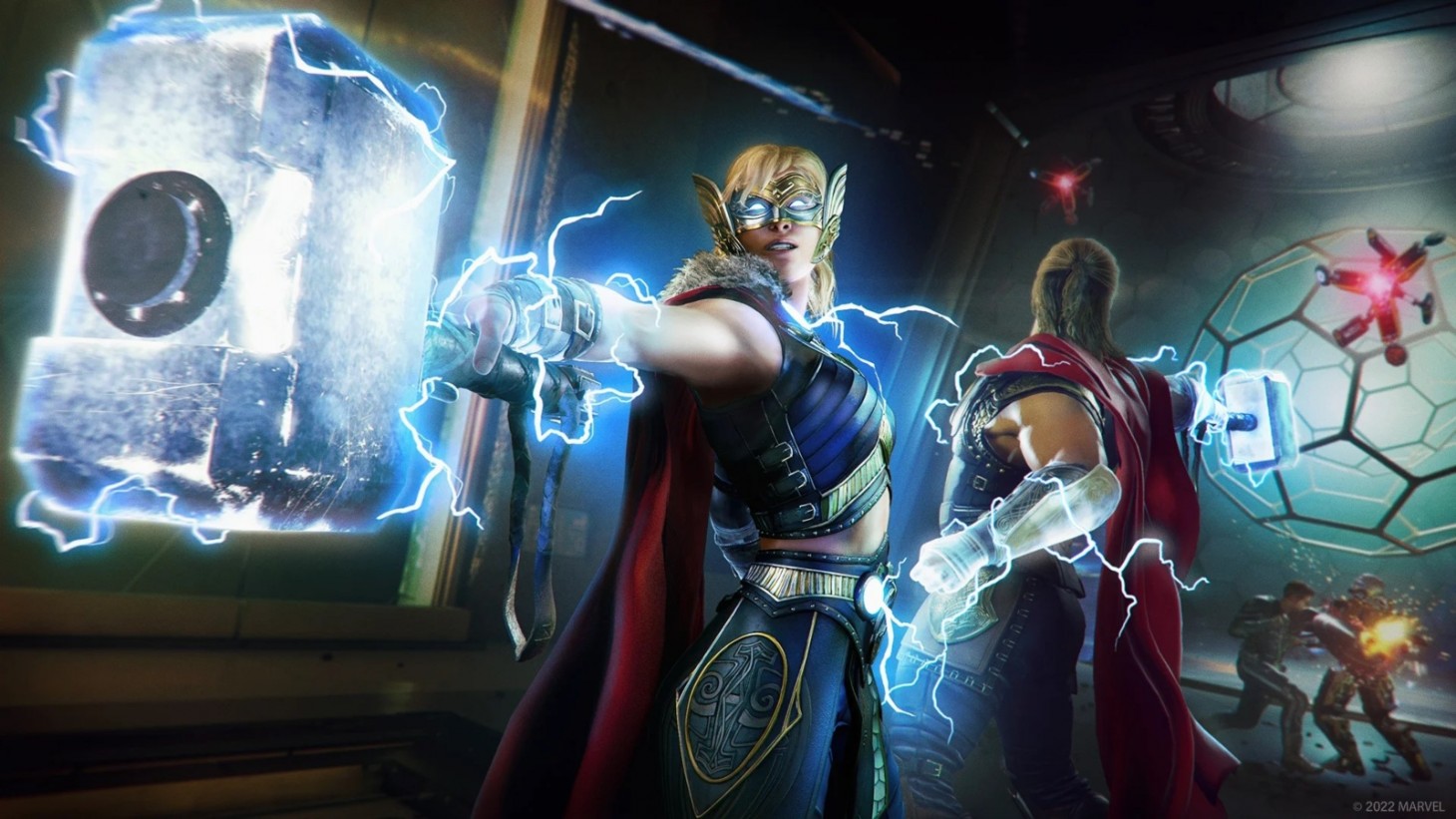 Crystal Dynamics announced in April that Marvel's Avengers' next hero would be Jane Foster as the Mighty Thor. A new War Table blog post names the date fans will see the Goddess of Thunder in action.

Mark Monday, June 27 on your calendar as the date to watch a War Table Deep Dive detailing Jane's powers and abilities. Jane will become available as part of the 2.5 update, which arrives just a day later on June 28. That should whet fans' appetite for the character's Norse-powered return in the upcoming Thor: Love & Thunder, which hits theaters on July 8.

It'll be interesting to see how Crystal Dynamics differentiates Jane's moveset from Thor's. In the comics, Jane possessed all of the abilities of Thor during her time as the Goddess of Thunder. The only notable difference was her ability to manipulate Mjolnir with greater control and creativity (especially when throwing it) than her predecessors, so that's something the studio can certainly hone in and expand upon.

For more on Marvel's Avengers, check out our evolving list of every playable hero in the game.