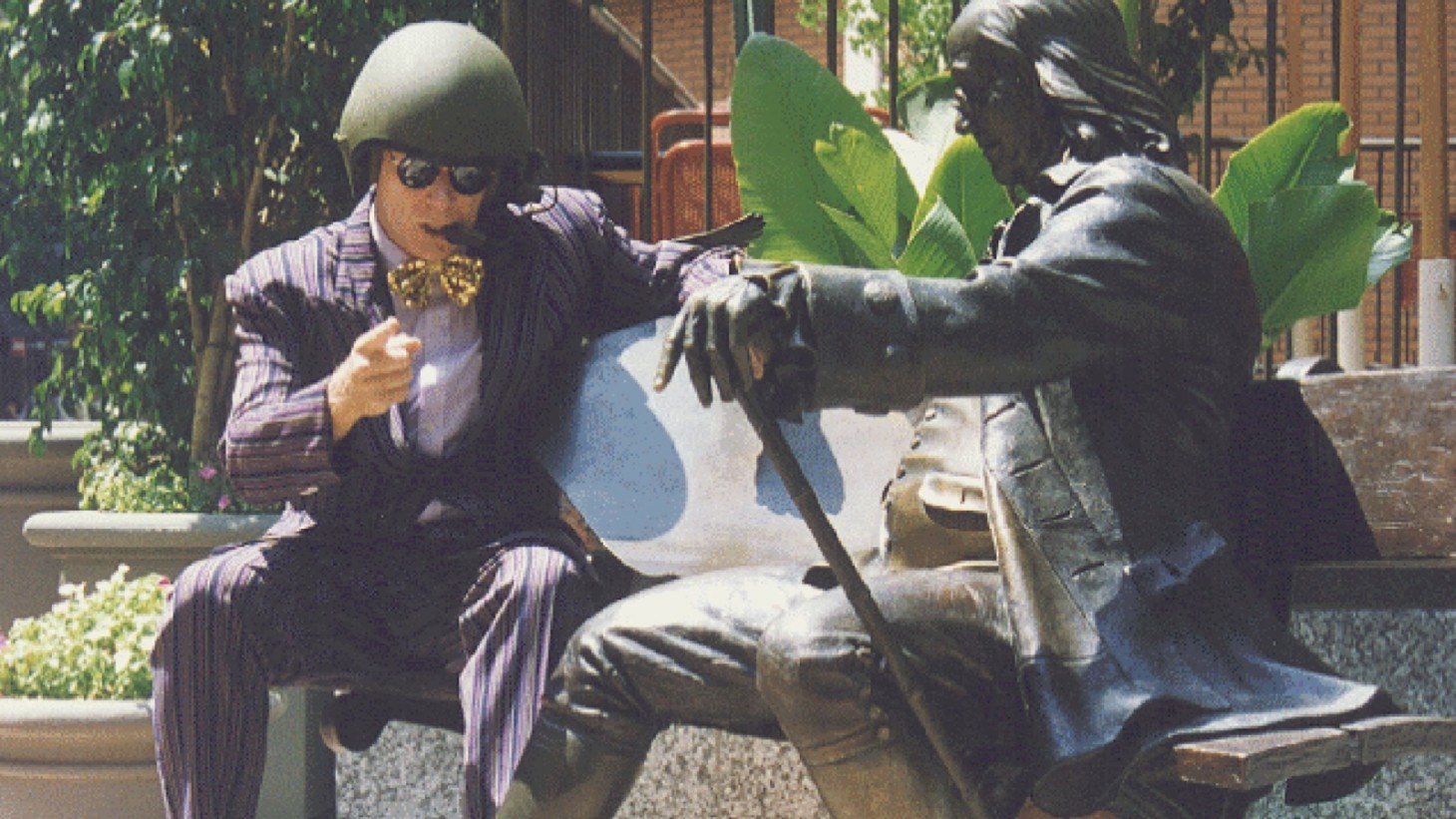 Back at E3 2021, we learned that Plumbers Don’t Wear Ties, one of the strangest FMV games of the ’90s, was getting remastered for modern consoles courtesy of Limited Run Games. Now we know that John, Jane, and Thresher will return later this year.

The news comes by way of today's Limited Run Presents showcase. What the heck is Plumbers Don’t Wear Ties, you ask? The 1993 game is best described as an interactive romantic comedy firmly aimed at adults, thanks to its mild nudity and sexual innuendo. Players guide a plumber named John, who tries to win the heart of a beautiful woman named Jane in an adventure laden with ridiculous hijinks. That includes dealing with an unreliable narrator and confronting a, shall we say, creepy boss. The gameplay involves making simple decisions in a choose-your-own-adventure format and watching live-action cutscenes.

To editorialize a bit, Plumbers Don’t Wear Ties is absurd and pretty bad. However, as footage of the game found its way on YouTube over the years, the game has found new life as a cult favorite “so bad it’s good” oddity, not unlike Night Trap (which got a similar remaster a few years ago). Since Plumbers Don’t Wear Ties had a limited release on PC and the poor-selling 3DO console, not many folks have been able to play it themselves.

The Definitive Edition polishes up the adventure with 4K visuals and adds features such as deleted scenes, a progress chart, and new video interviews with the cast.

Plumbers Don’t Wear Ties: Definitive Edition launches later this year for PlayStation 4, Xbox One, Switch, and PC. It will be available both digitally and in physical form, thanks to Limited Run Games. If you’re into FMV games, check out this deep-dive feature about the history of the genre.