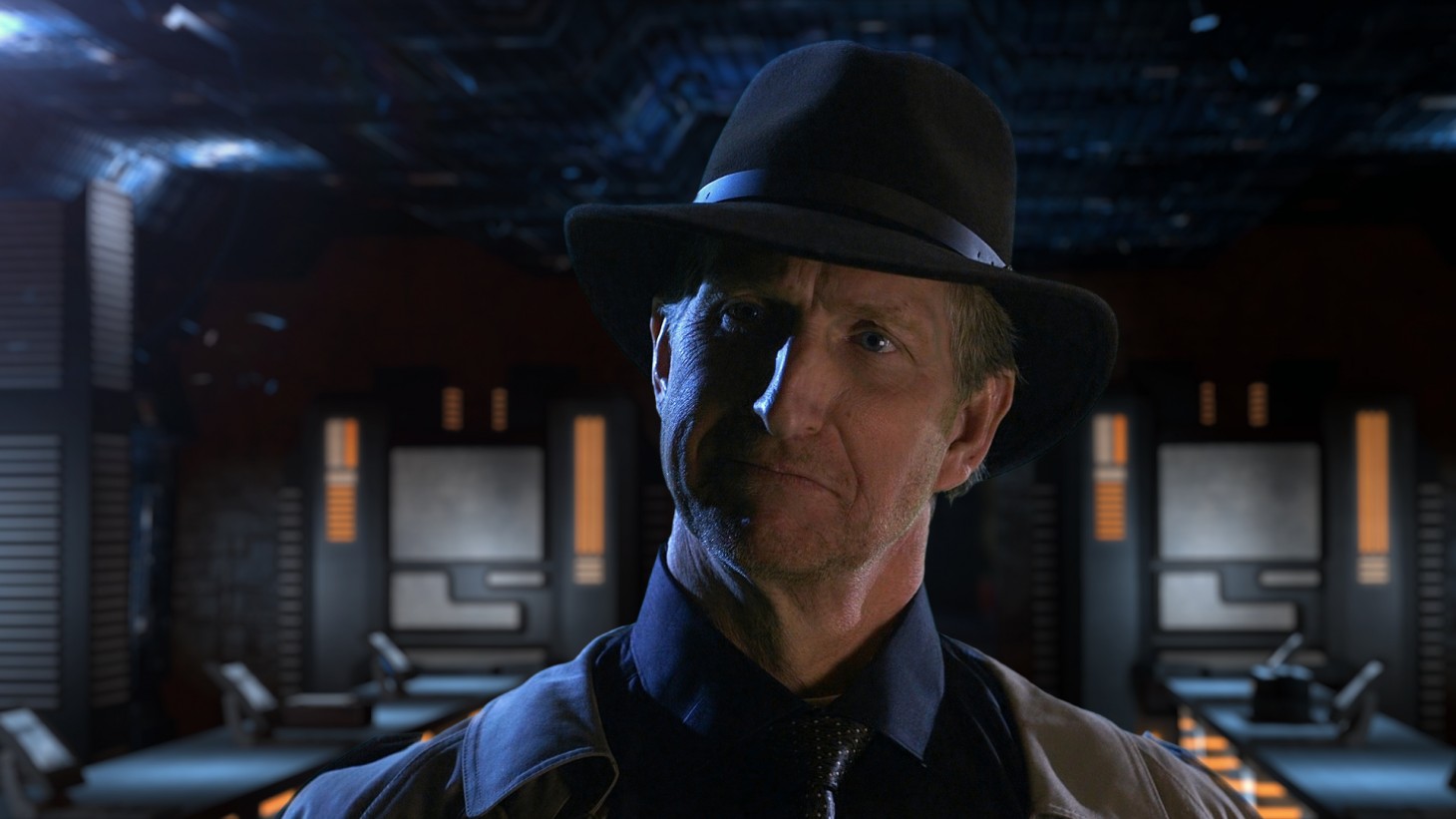 When FMV Ruled The World And Why It’s Coming Back

For a brief time, full-motion video (FMV) games were omnipresent. In the ‘90s, the format seemed like the future, with games like The 7th Guest and Wing Commander III promising an unmatched level of visual fidelity due their use of real-life actors, like Mark Hamill and Malcolm McDowell, over polygonal models and 3D animations.

This fantasy led to a hollow reality. FMV ‘classics’ like Night Trap and Tex Murphy are often ridiculed for the terrible performances, hideous visuals, and frustrating gameplay. And yet there’s a certain charm and affection associated with the format.

Surprisingly, full-motion video games are now returning with games like The Bunker, #WarGames, and Sony’s mysterious Erica on the horizon. With the genre coming back in style, we decided to take look at its initial rise and fall, and talk with creators to understand why it’s returned. 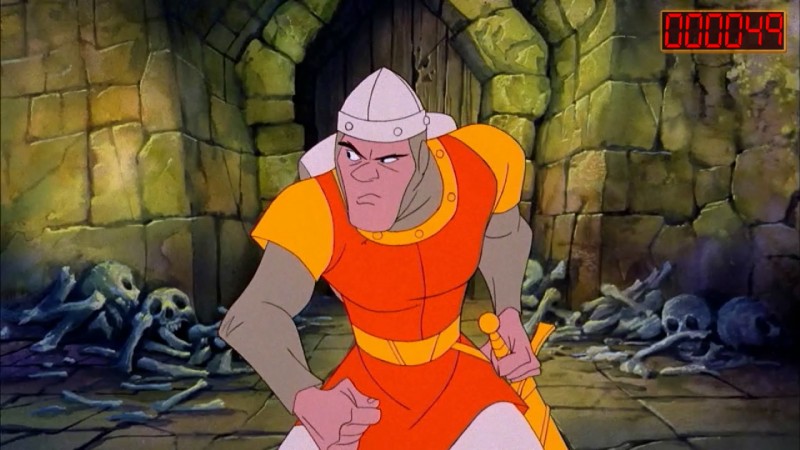 Gobblin’ Up Quarters
Dragon’s Lair, the first true FMV must-play game, took arcades by storm in 1983. Dragon’s Lair entranced patrons with the simplistic-yet-twitchy gameplay of most arcade classics wrapped up in a traditional fantasy adventure beautifully animated by Don Bluth (The Secret of NIMH, The Land Before Time). Its beauty stood out in the sea of other cabinets overflowing with rudimentary graphics. Though its innovation might be hard to notice today, for many people, Dragon’s Lair was the first game that made them feel like they were playing through a movie.

Despite setting the tone for FMV games overall, Dragon’s Lair proved to be a flash in the pan. Other FMV games came to arcades, but their premium cost (with each play costing two quarters instead of one) as well as the shoddy quality of clones like Cliff Hangar, which sliced up the anime Lupin III instead of creating unique animation, drove consumers away. Straggler titles like Mad Dog McCree would occasionally gain popularity, but by the early 90s, FMV had all but evaporated from arcades around the world.

And then something marvelous happened: the CD-ROM. 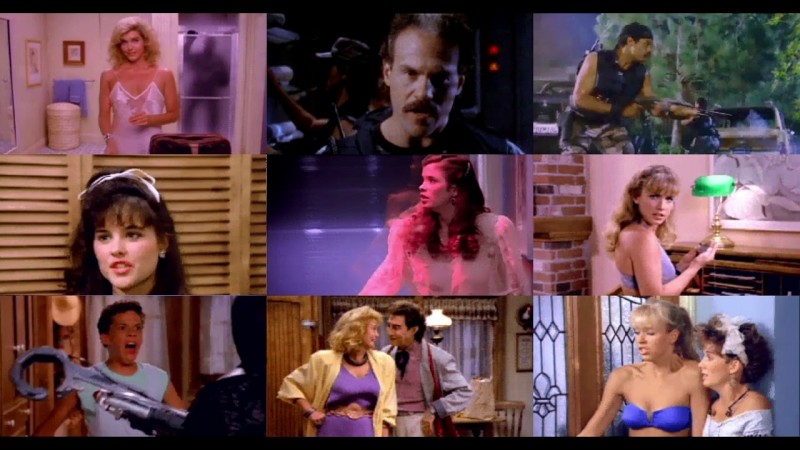 Directing Movies From Your Desk
The arrival of the CD-ROM was huge: oodles more space than cartridges and floppy discs meant developers had the real estate to take on more ambitious visions. Though the CD was a massive upgrade from previous data storage units, it was only capable of holding a few minutes of footage in a video game, with developers having to pack in multiple discs in retail to to hold more video.

The early-to-late ’90s became inundated with games that either were full FMV or contained elements of the format. The most famous example is 1992’s (surprisingly innocuous) Night Trap, which, alongside Mortal Kombat’s gory fatalities, resulted in the U.S. government turning its eye toward the content in games and how it reaches the hands of minors, ultimately leading to the creation of the ESRB.

Outside of Night Trap’s notoriety, other notable FMV games emerged, like The 7th Guest and the gory Phantasmagoria. Indeed, early FMV efforts shared a strong overlap with horror B-movies, and for practical reasons: Making movies and making games are expensive. Acting performances in these titles, outside of the occasional celebrity cameo, were awful. So were the special effects, resulting in interactive movies with amateur-hour production values.

However, that didn’t matter much for many years. The ability to make choices that had the illusion of steering narrative, resulting in different endings, was novel enough to make the obvious shortcomings easier to overlook. FMV rode on the back of an exciting multimedia notion that game tech was evolving by leaps and bounds, promising gamers the kind of adventure they’d never experienced before. Even titles from large studios and featuring huge intellectual properties made use of FMV, like Star Wars: Dark Forces II – Jedi Knight and The X-Files Game.

So why did it go away? 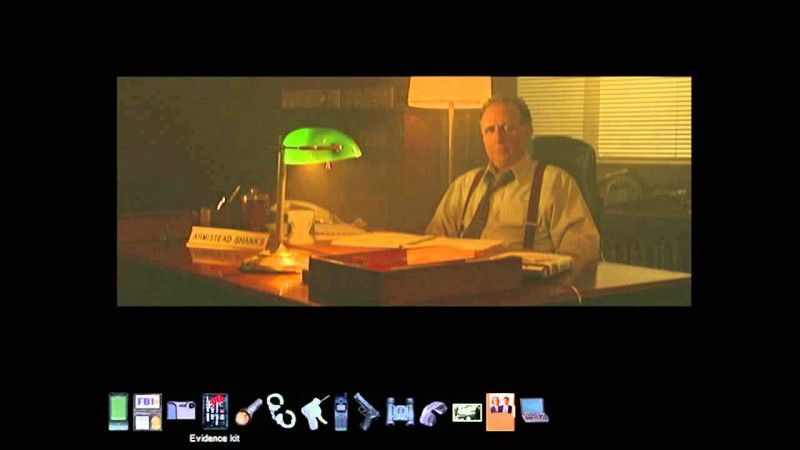 The Light That Burns Twice As Bright
As developers and publishers have discovered many times over the years, the problem with making the crux of your game the technology it runs on is that whatever is going to kill your game’s appeal is just right around the bend. So it was for FMV.

As time went on and innovations were made on both hardware and software fronts, FMV games just weren’t that fun or diverse. Most of them were adventure games or quick-time event button-mashers. As other genres began to embrace 3D graphics while offering more complex gameplay, consumers set their sights on games like Half-Life and Super Mario 64.

By the time the PlayStation 2 and Xbox arrived, FMV games were extinct, with the interactive movie adventure genre that had depended on the technology for so long finally embracing 3D graphics in games like the choice-driven Indigo Prophecy.

However, in recent years, thanks to the expansion of digital marketplaces like with Steam and console storefronts that make distributing a game easier, cheaper, niche-style games have found a new life. This has resulted in a number of genres undergoing a second life of popularity, like adventure titles, dungeon crawlers, and roguelikes.

A resurgence of full-motion video games is underway as well, with different creators breathing life into the genre for radically different reasons. 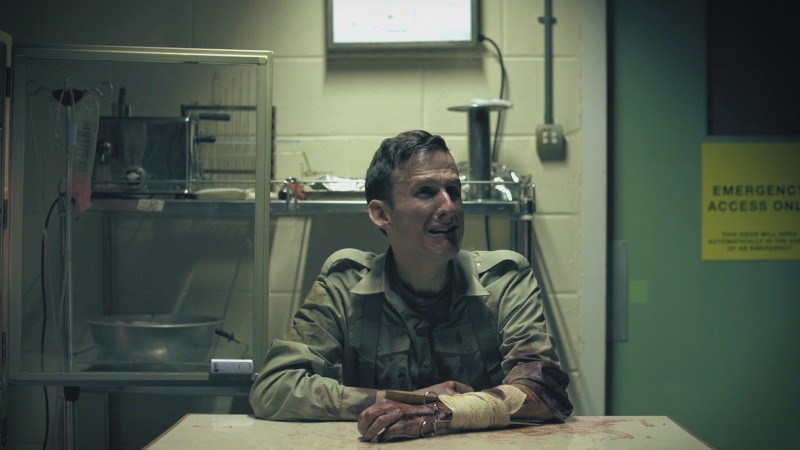 What’s Old Is New
In 2012, Chris Jones, developer of the cult classic Tex Murphy series, took to Kickstarter to crowdfund a new entry. Where many FMV games felt like B-movies incidentally, Jones and his crew played up how bad the production values of the genre were and how goofy the format could be, with his bumbling loser of a detective fumbling through mysteries in a Blade Runner-inspired version of San Francisco.

Murphy’s inherent cheesiness has made it one of the most beloved staples of FMV, and the nostalgia for that brand of goofiness resulted in a successful crowdfunding campaign. Tex Murphy: Tesla Effect launched two years later to mixed critical reviews, but the game found its audience, with players praising the authenticity to the quirky era of FMV adventure games and selling around 400,000 copies.

UK publisher Wales Interactive noticed the reemergence of the format and has since staked its fortune on it, their catalog filled with FMV games. However, Wales sees the popularity of the genre as something more than just playing on nostalgia. “For many gamers, FMV is an entirely new concept,” says communications manager Ben Tester. “For others it brings a wave of nostalgic feelings, so as a publisher, it’s exciting to be a part of something that receives such a positive reaction from its audience.”

What The Hell Is Erica?

Announced at last year’s Paris Game Week, Erica is a “live-action interactive drama” from London-based developer, Flavourworks. All Flavourworks and Sony have revealed is a small teaser trailer where protagonist Erica walks up to a ringing payphone, answers it, and has a mysterious woman tell her “I’ve been watching you, Erica.” Choices fly up around Erica’s head like thought bubbles and the trailer comes to a close shortly afterward. We’ve asked Sony about Erica, but the publisher is playing its cards close to its chest for now. Regardless, the high production values and the sense of mystery instilled by the trailer make Erica a title to watch for in 2018. 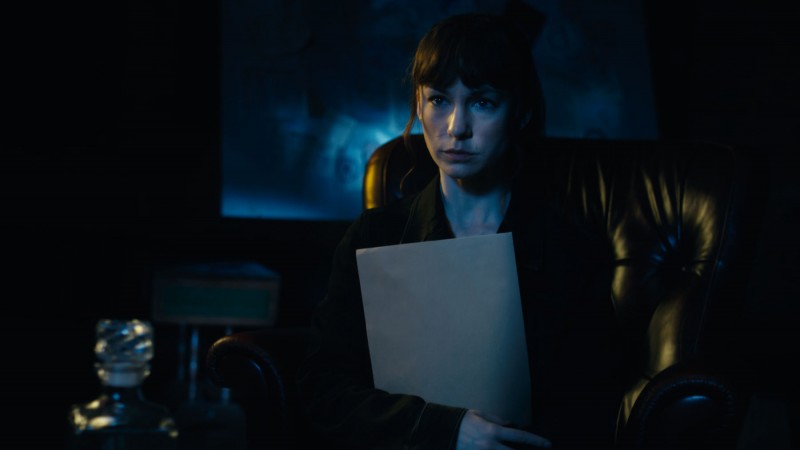 Wales Interactive strives to push beyond the low production values of heyday FMV. The Late Shift is a branching path heist movie with shades of noir with grit to spare. You’d also be hard-pressed to find any humor in The Bunker, a post-apocalyptic title that focuses on one man’s attempts to overcome the phobias and mental conditions that have set in after being raised in a bunker all of his life.

For the creators of these games, the reason they chose FMV is a combination of expertise and practicality. “I am a scriptwriter and director with a film background.” says Allan Plenderleith, creator of The Bunker. “The decision for us to use live action over CGI was always based on our skillset, and the fact that the emotional story we are trying to tell in The Bunker is easier to convey with real actors who get complex emotional scenes. Shooting film is expensive sure, but hiring a team of animators and designers to create your world in CGI is also expensive. At the end of the day it comes down to which artistic style suits the story best.” 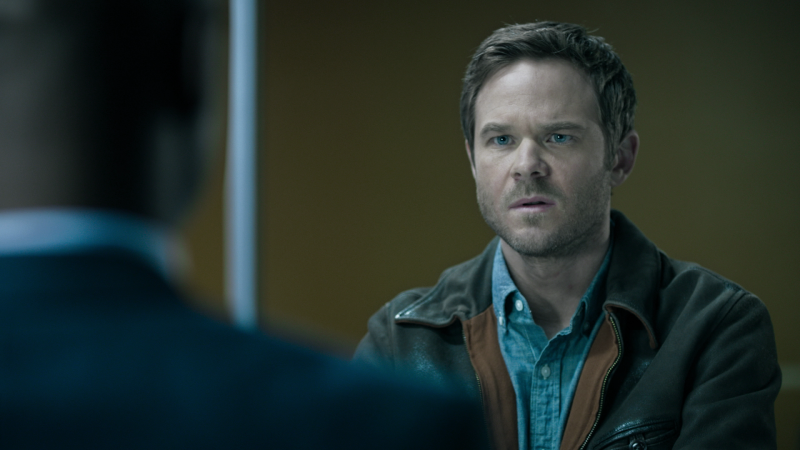 The Crooked, Branching Future
Tester believes FMV has huge possibilities with an audience outside of gaming, “It’s only a matter of time before FMV reaches the mainstream audience with major TV, film or tripe-A game studios bringing big budget productions to the market,” he says. “We’re already seeing eyebrows raised from the likes of Netflix (Buddy Thunderstruck) and HBO (Mosaic), who have released their own interactive miniseries.”

Indeed, technology is changing and FMV is changing with it, mutating into new, hard-to-classify experiences. In 2015, Sam Barlow, a designer who worked on the Silent Hill series, released Her Story, a detective game where you try to piece together a crime with only a search engine and live-action interview segments with a woman who’s both suspect and victim.

“At its core I’m very, very attached to performance as a way of telling a story,” Barlow says. “The act of compression it involves, the way that collaboration and interpretation adds to the thing. And it gets to the heart of the emotion in the piece, it makes it real in a way that for me is often a little bit more wonderful than many of the other ways of telling a story. Previously I’d worked with voice actors and motion capture and performance capture and you were always chasing the next quality bar and the tech was always improving, but it always felt imperfect. I was always jealous of the video reference we’d have of a take – it always moved me more than the CGI version. So that’s really what drives me to do this stuff.”

Barlow has two more FMV projects in the works. #WarGames is being billed as “an interactive series” that lets players/watchers make choices dictating the direction of the plot. Telling Lies is intended to be a spiritual successor to Her Story, a political thriller with a bigger budget. “I’m most excited about seeing what people come up with outside of the FMV Game traditions,” he says. “Video is such an omnipresent medium now and we shoot video and share it and even use video as a whole layer in which to experience and share video games themselves. I think interesting ideas will emerge from this present moment that find new ways to use filmed content in interactive narratives.”

With the rise of streaming services and the digital marketplace, the intertwining of cinematic, FMV storytelling with the interactivity of video games is inevitable. Whether the effort will be successful is another story entirely, but developers are intent on mining this format for its worth in the modern age. Even major studios, like Remedy (creators of Max Payne and Alan Wake), explored FMV with Quantum Break’s filmed episodes playing between chapters in the game. We’ll likely have to wait a while to see the places that FMV’s evolutions take it, but for the first time in a long time, a genre that everyone wrote off as a fad has an exciting future bubbling with possibility.

For more on FMV games, be sure to check out our full replay (with commentary) of the zany Tex Murphy: Under A Killing Moon.