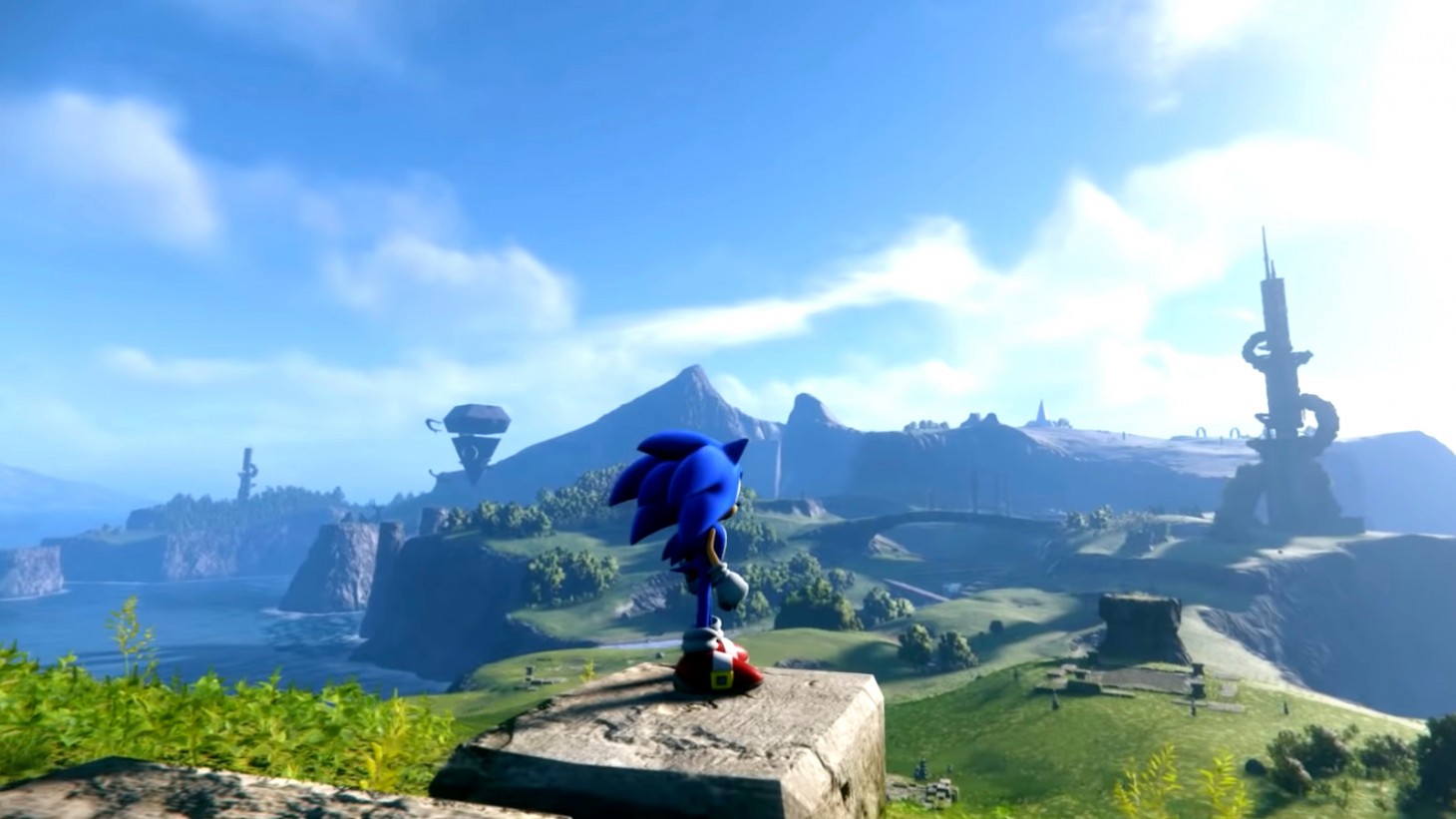 Sega revealed a quick 30-second teaser of Sonic Frontiers gameplay earlier this week, and IGN released a full seven-minute look at the open-world gameplay of the Blue Blur’s latest. Now, you can watch more than six minutes of combat from the game, and it looks like Sonic combat…in a 3D open world.

As we previously saw, Sonic Frontiers’ world is beautiful and one of the most realistic-looking games in the franchise’s history. Today’s combat showcase takes place in the same area as the previous gameplay premiere but with decidedly less rail grinding and more spinball fighting action. As you might expect, Sonic fights in Sonic Frontiers like he always has – lots of jump attacks, spin moves, kicks, and more. However, it seems he does have a few new tricks up his sleeve. Namely, an in-air jolt attack that makes him dash all over the screen before doing an interesting rotating circle attack. Take a look for yourself below:

As you can see, Sonic is up against some new types of enemies in Sonic Frontiers, and they seem to tank a lot more damage than the Blue Blur is traditionally used to doling out. That doesn’t appear to be a problem for him, though, as he aptly takes them out with ease. We also get a look at Sonic confronting a massive creature-like machine that stands extremely tall toward the end of the video. Sonic uses some interesting moves to eventually defeat that, too.

What do you think of the combat in Sonic Frontiers? Let us know in the comments below!