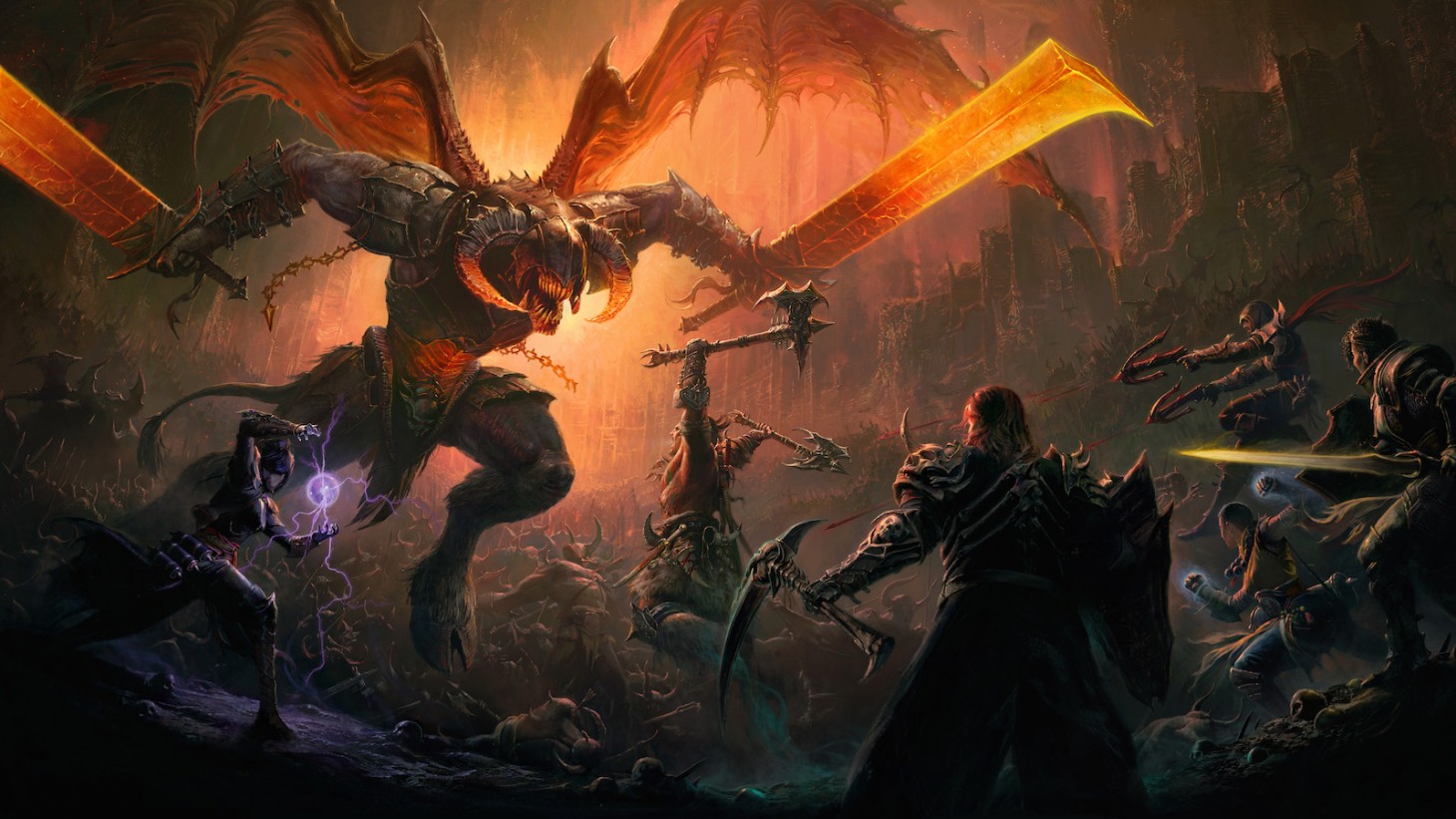 Blizzard has revealed that its Diablo MMOARPG, Diablo Immortal, will finally be released to mobile devices on June 2 and in a surprise announcement, it will hit PC in open beta on the same day.

“The demons of the Burning Hells are ready to be slain in the most expansive Diablo game that Blizzard has ever released,” Blizzard Entertainment president Mike Ybarra said. “As Blizzard’s first game designed from the ground up for mobile, it was important to us to deliver an experience worthy of the franchise, so we did a lot of testing, incorporated a lot of feedback, and created a game that we’re very excited to share with players. We’re looking forward to unleashing this epic new entry in the Diablo franchises, and we can’t wait to join everyone in Sanctuary.”

While the PC version of Diablo Immortal will be in open beta on June 2, Blizzard says this version of the game “will contain all features, including crossplay and cross-progression, and upon conclusion, all progress will be maintained.” Diablo Immortal game director Wyatt Cheng and Diablo’s franchise head, Rod Fergusson, sat down with Game Informer to talk about today’s news, including the PC open beta, the first-ever PvP experience in Diablo, the game’s story, and more. You can listen to that interview while watching new Diablo Immortal gameplay in the latest installment of New Gameplay Today.

In Diablo Immortal, players will choose between six classic Diablo classes – Barbarian, Crusader, Demon Hunter, Monk, Necromancer, and Wizard – as they embark on a journey through eight unique zones in Sanctuary as well as the city of Westmarch. New and familiar Diablo characters, like Deckard Cain, will make appearances throughout the base story that takes place between the end of Diablo II and the start of Diablo III.

“Diablo Immortal features an MMOARPG social experience that’s completely new to the series,” a press release reads. “Players will share a massive world with others as they explore Sanctuary, form Warbands with up to eight members to take on group challenges such as the intense Helliquary raid bosses, and join Clans with up to 150 friends to earn challenging Clan Achievements. The game also features a robust faction-based PvP system.

With the Cycle of Strife, players can band together to fight in an ongoing war in which the top player of the server will earn the Eternal Crown to become the leader of the Immortals. This puts them in the position of having to continuously defend their reign across a series of modes including brutal 1v30 showdowns.”

Diablo Immortal is a free-to-play MMOARPG that hits iOS and Android devices on June 2. The same day, it hits PC in Open Beta, and the game will feature optional in-game purchases. You can listen to the game’s director talk about those purchases here.

“Over 30 million players have already pre-registered across all platforms to gain access as soon as the game launches, preparing themselves for the battles to come,” a press release reads. “All players will receive the stunning Horadrim Cosmetics Set to celebrate this significant milestone when the game launches. This is just the beginning, as new content will be released regularly to players for free in the years to come, including new zones, dungeons, and character classes.”

For more about Diablo Immortal, be sure to watch the latest New Gameplay Today, which features more than 20 minutes of new gameplay on both mobile devices and PC.

Are you excited for Diablo immortal? Let us know in the comments below! 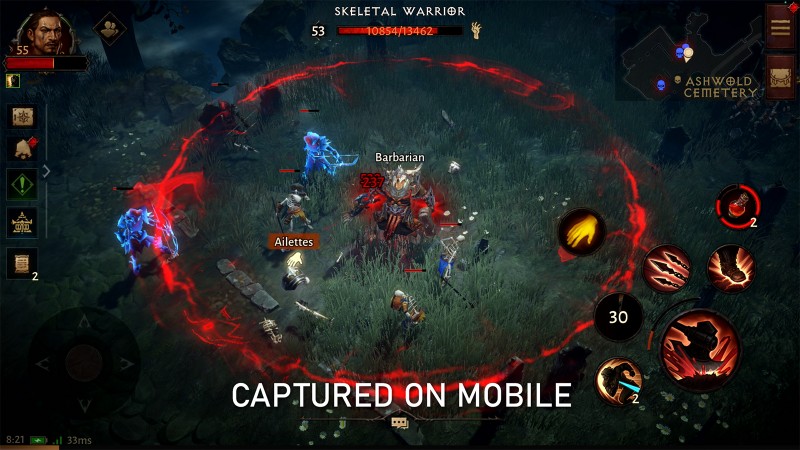 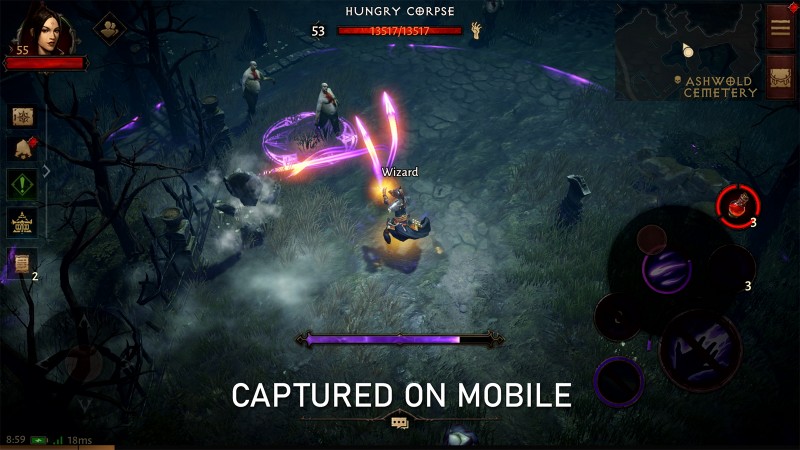 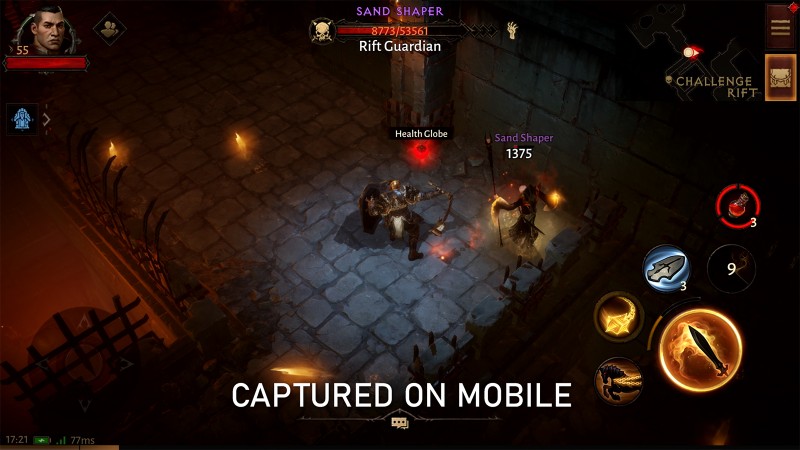 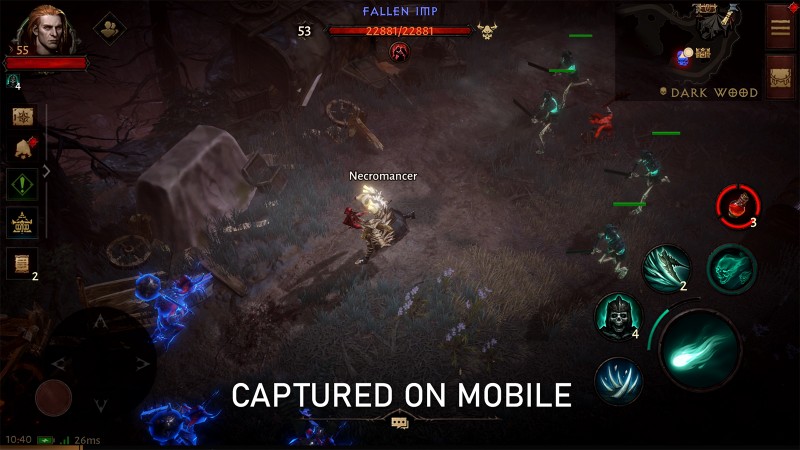 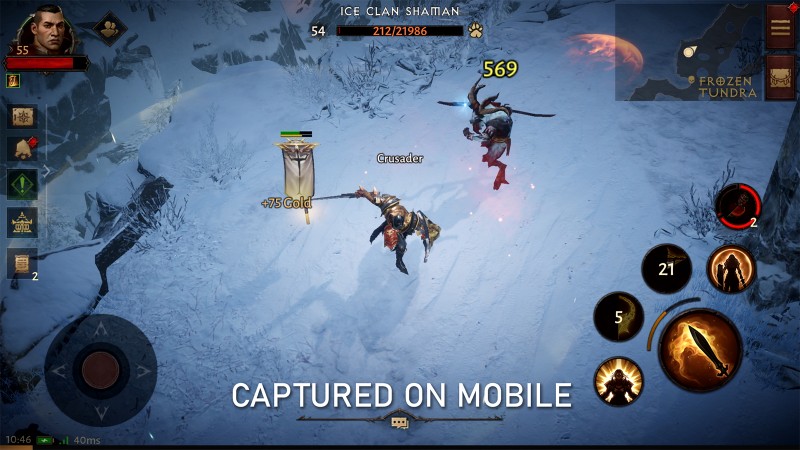 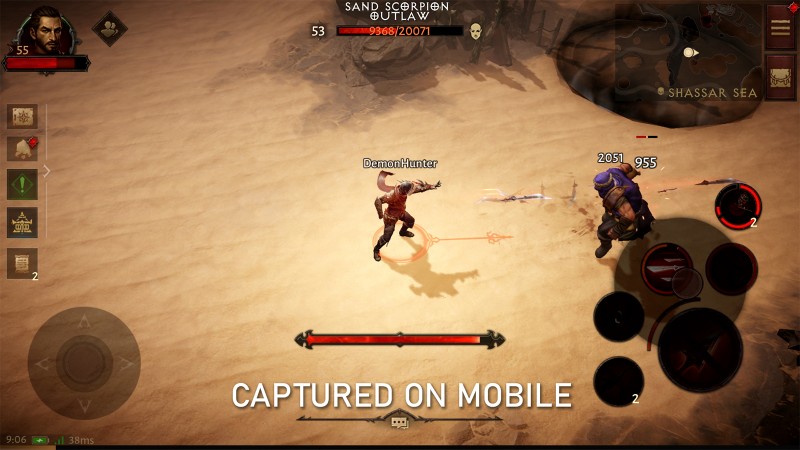 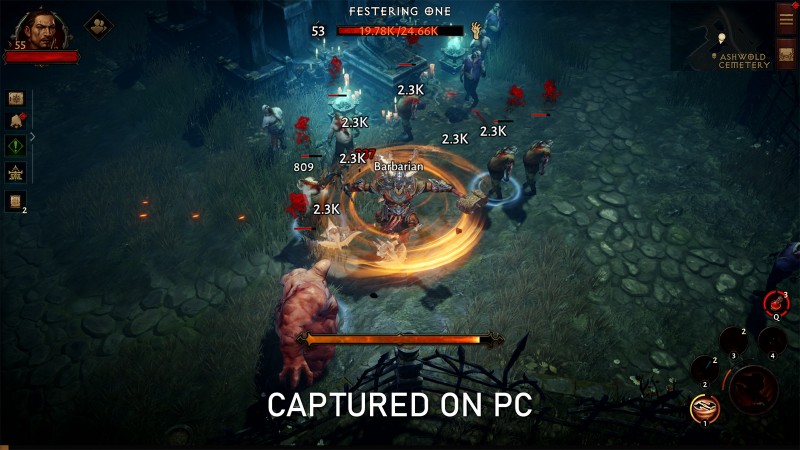 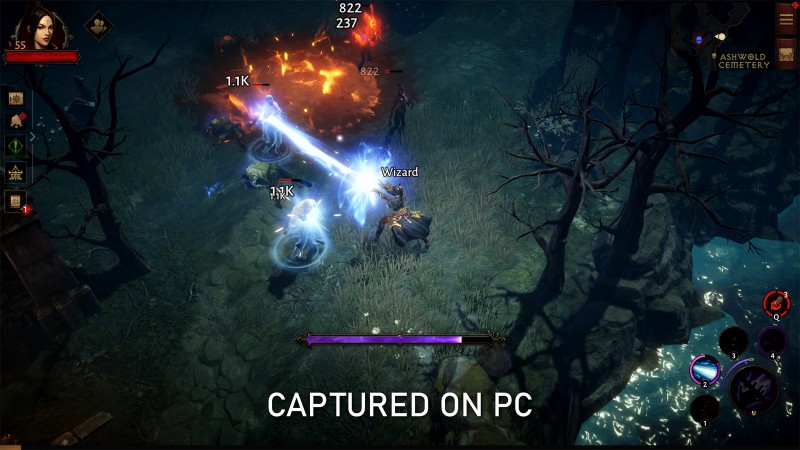 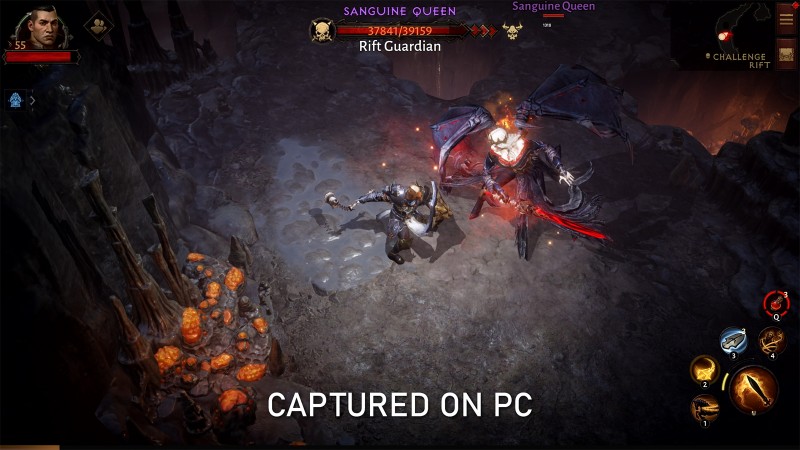 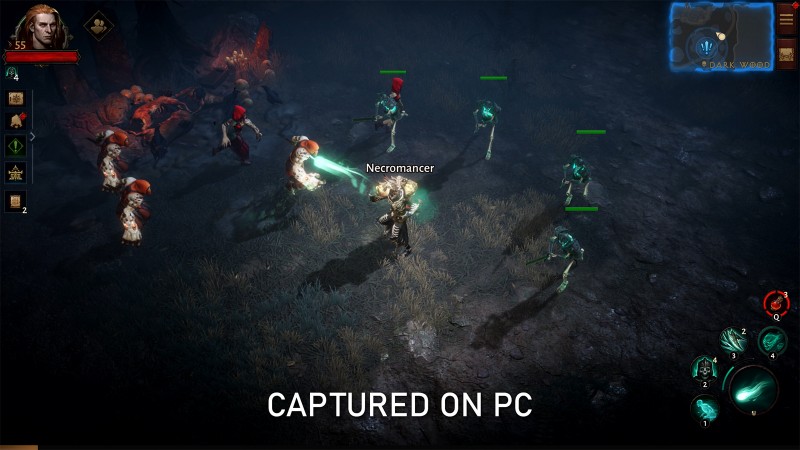 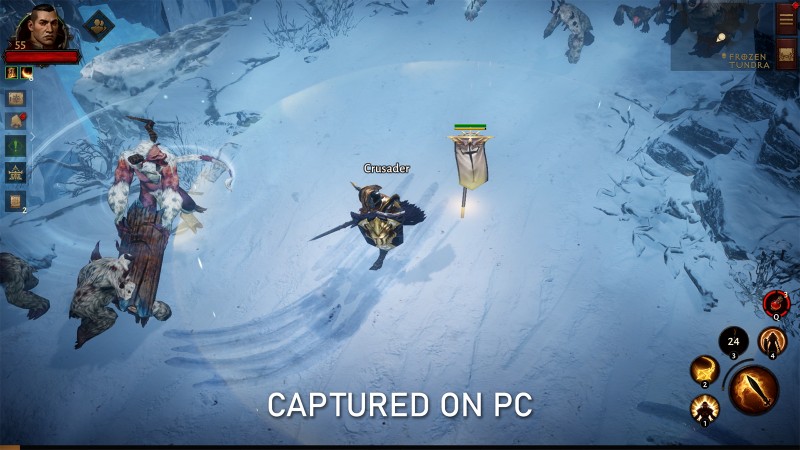 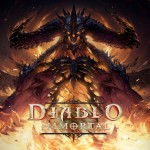