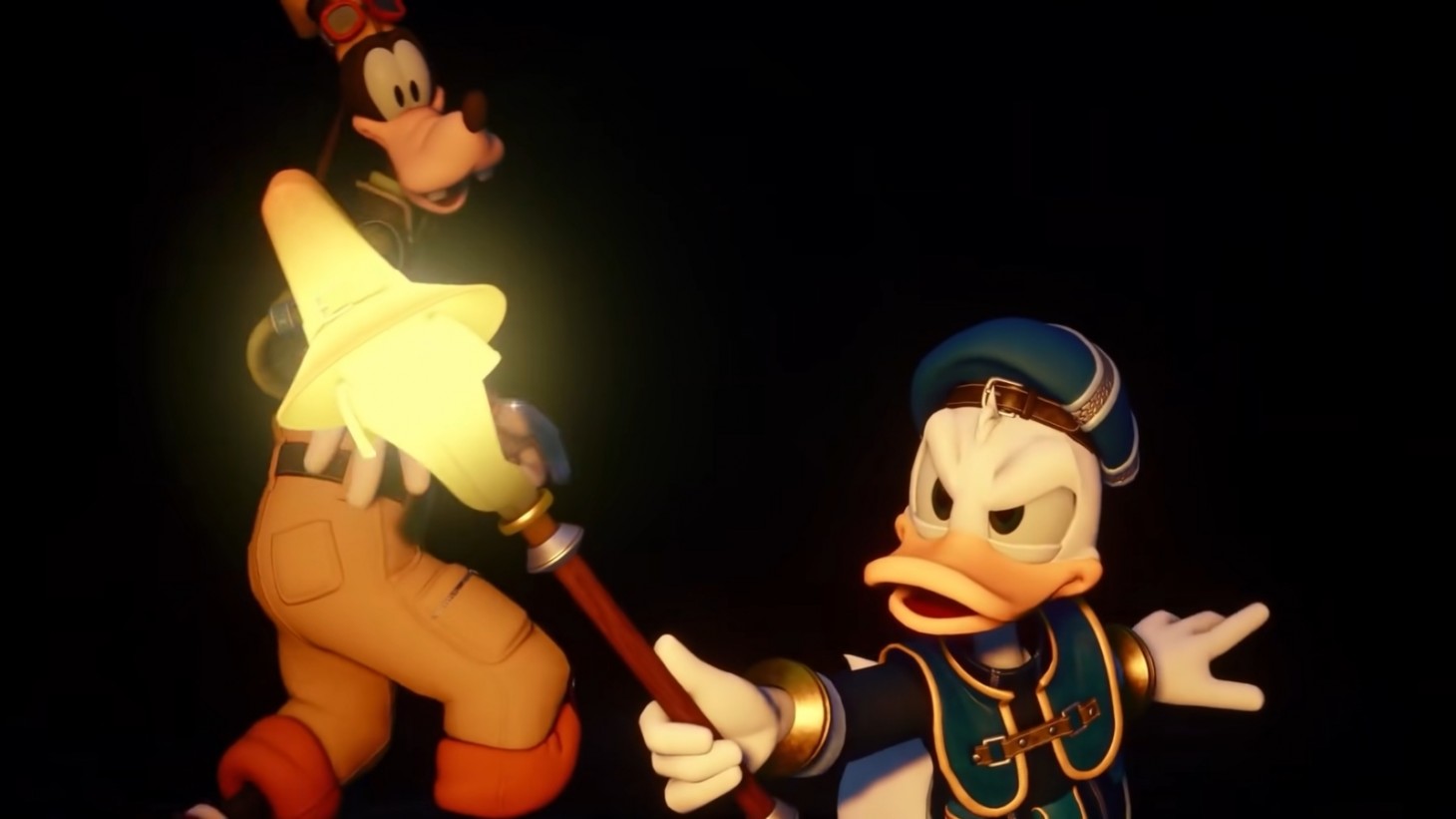 What We Want In Kingdom Hearts 4

To the delight of many a fan, Square Enix announced Kingdom Hearts IV yesterday. The tantalizing cinematic trailer showed off a more mature-looking Sora exploring a realistic human city invaded by Heartless. Naturally, the video raised countless questions, but it also led us to gush about the things we want to see in the hotly-anticipated sequel.

That’s why we, the Kingdom Hearts fans in the Game Informer office, couldn’t help but share our personal hopes and dreams for the next game. Let us know what you think of our wishlists, and be sure to share your own desires and expectations down in the comments!

There are two things I want most out of Kingdom Hearts IV: A new Pirates of the Caribbean world that builds off of the foundation of Kingdom Hearts III’s iteration, and a full (Dream Drop) dive into Quadratum, the world of Verum Rex, and ultimately, Nomura’s Final Fantasy Versus XIII Frankenstein monster by way of Kingdom Hearts.

Nomura’s canceled Versus XIII game is well-known, and if you’ve played Kingdom Hearts III, you know how much of Versus XIII exists in its in-universe Verum Rex video game. Nomura is making this lost project one way or another, and I respect that kind of dedication. That he’s seemingly going to make it happen through Kingdom Hearts is the most Nomura thing ever. Kingdom Hearts III gave us a taste of what that looks like, but I hope that in some way, shape, or form, Kingdom Hearts IV features even more of Nomura’s Versus XIII in it.

Oh, and I hope we get a Star Wars world in Kingdom Hearts IV. And while we’re at it, let’s get some Marvel Cinematic Universe love in there, too, if only to see Nomura recreate the famous Avengers: Endgame portal scene in such a way that we see Sora, Donald, Goofy, and Mickey emerge alongside the likes of Spider-Man and Black Panther.

I’ll preface my upcoming rant by disclosing that I am, in fact, a Kingdom Hearts fan. Not a diehard, but I’ve finished and enjoyed nearly every game to some extent. That said, what I want more than any movie representation, combat mechanic, or zipper-laden outfit is an improvement on the series’ atrocious writing. I’m not talking about its overly complicated narrative. That ship has already sailed (mostly over my head). I mean the actual spoken dialogue.

Playing Kingdom Hearts III made me realize that I’ve outgrown the franchise's cheesy, hamfisted conversations. The dialogue in these games has always been unnaturally stilted, riddled with awkward mid-sentence pauses and uncomfortable silences before someone speaks up again. I put up with it in the 2000s/2010s, but it drove me up a wall in KH III, robbing many emotional moments of their gravitas.

Since we’re apparently journeying to the “real” world in KH IV, follow suit by making Sora and Co. speak and emote closer to actual humans and not like unintentional parodies of bad anime tropes. The writing doesn’t need to be Naughty Dog levels of excellence (feel free to surprise me) and I don't mind it being silly. The dialogue just needs to be better. I feel like my wish is about as likely to happen as Sora helping Maggie the cow in a Home on the Range world, but a man can dream.

Oh, and can we FINALLY get a world based on A Goofy Movie, complete with a playable rendition of “Eye to Eye”? Pretty please, Square? 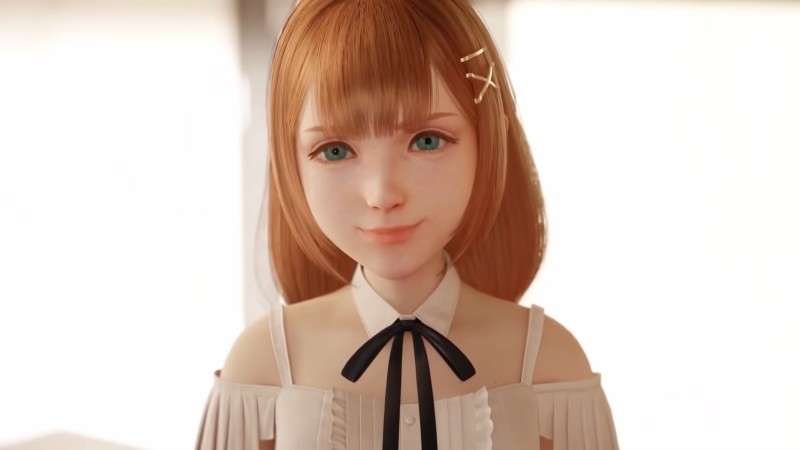 I hope Kingdom Hearts IV will help us understand where Sora is. In Kingdom Hearts III, we see Sora save and switch places with Kairi after Xehanort sends her heart to nothingness. The biggest questions for me after that ending were:

2. What does it mean to die in Kingdom Hearts? Is this where Xion landed when she was forgotten?

3. And, most importantly, will Sora ever become a Keyblade Master like his best friend Riku, and will he learn to wield the Power of Waking?

My second hope is that Kingdom Hearts IV sheds some light on many of the major plot points left unanswered in the previous games.

I’d also like to see new and exciting Disney worlds with fun mechanics! I want worlds based on Coco, Star Wars, Encanto, Marvel movies, Frozen II, Wreck-It Ralph, Moana, Inside Out – there are so many to choose from! I also hope they’ll include some of the musical elements of these movies. I loved being able to sing along during the Frozen world in Kingdom Hearts III, and I was a fan of the rhythm game in the Little Mermaid world from Kingdom Hearts II.

My final wish is for the ability to swap between main characters again, like in Birth by Sleep. It was so fun to experience the main story from three different points of view and use characters with different fighting styles. I would love to experience Kingdom Hearts IV from the lens of Kairi, Sora, and Riku as they find their way back to each other.

It’s hard to tell where Kingdom Hearts should go these days, especially with KH4 leaning into realism in its first trailer. Obviously, the Lucasfilm and Marvel universes are easy to see as the next potential worlds to explore. Throw Sora on a treasure hunt with Indiana Jones, and have him travel the stars with the Guardians of the Galaxy in a gummi ship. Both would be viable and entertaining, but I’d like KH4 to lean into the other half of what made Kingdom Hearts special to me in the first place. Give me more Final Fantasy characters and worlds!

I haven’t played anything past Kingdom Hearts II, but I am aware that existing Final Fantasy characters all but disappeared in KH III, despite aspects of what was Final Fantasy Versus XIII/Final Fantasy XV bleeding into the series. Let Donald, Goofy, and Sora explore Ivalice, Midgar, Balamb Garden, or Eorzea with characters from those games. Of course, Disney is the big name attached to sell copies of the game, but these days I’d rather see FFXII's Balthier show up than the cast of Luca or Encanto to change things up a bit and return to the series’ roots. Other than that, I hope Nomura finally gets to make the Versus XIII he’s been itching to get out of his system for more than a decade. It’s clear he can’t move on from those ideas until they’ve come to fruition in some form or fashion. 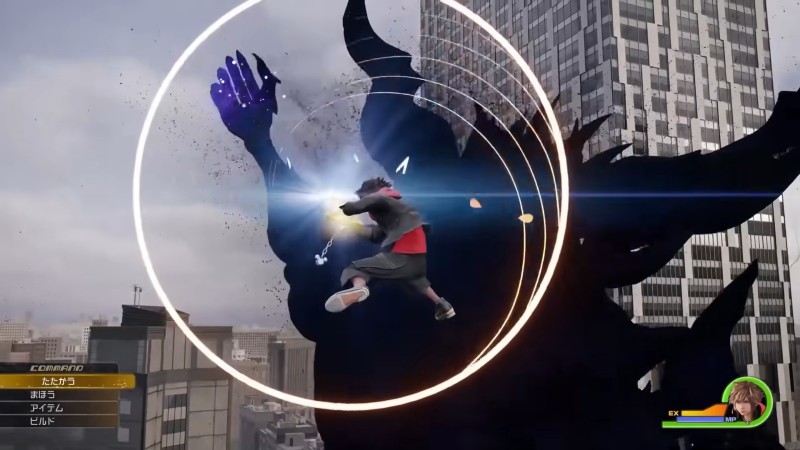 Kingdom Hearts IV moving the series’ into a real-world landscape greatly opens up the possibilities of what can be done, and in turn, what I want in the next game. Things I never felt were possible for the series suddenly seem like they just might be. I’m excited to explore Quadratum and see how much inspiration it takes from Tokyo and its landmarks. The realistic setting and graphics would also lend themselves well to Disney’s Marvel and Star War properties. Unfortunately, whether we see Marvel or Star Wars worlds/characters really comes down to Disney. Kingdom Hearts III was financially successful, so it might make Disney bend more, but as we heard from director Tetsuya Nomura, Disney’s approval process can be challenging and complicated. BUT PLEASE MAKE IT HAPPEN. That being said, I hope the animated worlds still have a big place in IV. If we’re going for my world wishlist: Turning Red, Encanto, Moana, and Coco rank the highest.

I also want to see Final Fantasy characters brought back in some meaningful way for IV. Sora practically looks like he’s straight out of the Final Fantasy series now (twinning with Squall), it’s only fitting. On the topic of gameplay, give me those super bosses and intense fights the earlier entries were known for, but add in more verticality and options for destruction. The trailer showed it was going in this direction, which makes me happy, especially with Sora now having a grappling hook and sliding through buildings. I loved Flowmotion from Dream Drop Distance, and I got vibes of that when watching IV’s reveal, especially as Sora swung on the utility pole and launched himself in the air, so I hope IV feels more like an upgraded version of that.

As to not spoil anything, I will keep my story wants brief. While Kingdom Hearts III provided some conclusions, it also left a lot on the table, and many characters still need their moment in the sun (Lea and Kairi, cough cough). I also feel like IV’s more realistic bent is the opportunity for the story to be darker and go deeper into its themes of loss and friendship, and maybe even finally help us let go of Sora. I love Sora, but it’s time for someone new to take the mantle and the series to grow beyond him. If anything is clear, it’s that you can’t really put your finger on where Kingdom Hearts will go next, as Nomura has proven he’s full of surprises no matter how many cryptic clues he leaves for us. This is the biggest shift we’ve seen in the series, and I don’t mind that being embraced because it could be a fantastic rebirth for a new generation that takes things to an exciting new level.

For more on Kingdom Hearts IV, be sure to read about how it’s being developed using Unreal Engine 5, speculation of Star Wars’ Endor appearing in the trailer, and the announcement of a new KH mobile game, Missing-Link. 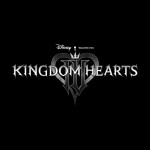