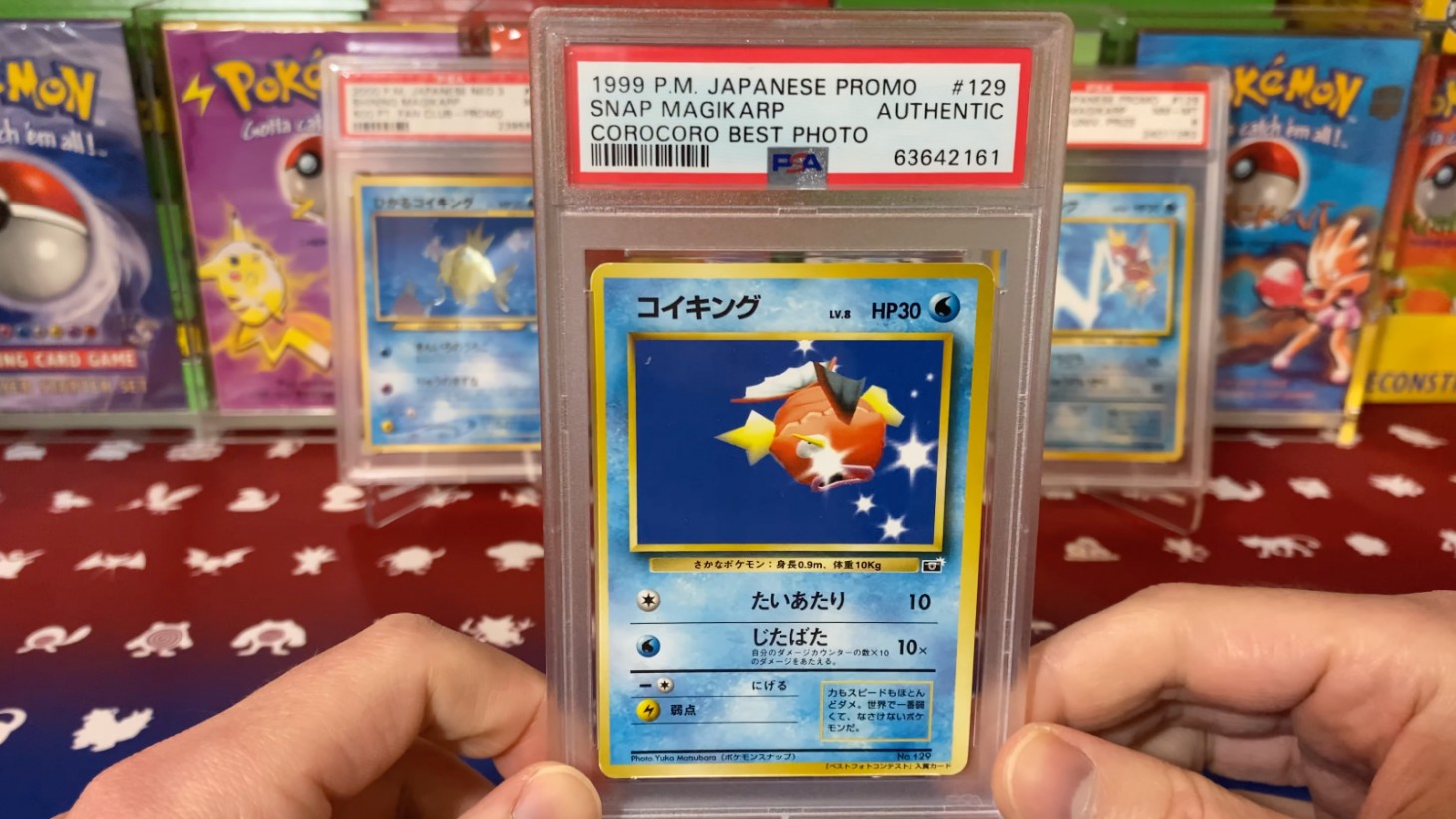 Pokémon cards continue to grow more and more popular, with pack pulls becoming ever so popular on Twitch and YouTube. However, another facet of Pokémon card collecting remains popular: buying extremely rare ones at auctions.

For example, a rare Illustrator Pikachu card sold for nearly $1 million last month. Now, the latest rare Pokémon card sold at auction is making the rounds in the trading card community: a Snap Magikarp card, one of 20 known to exist. First reported by Nintendo Life, these Snap cards were given to winners of a Pokémon Snap competition held in Japan decades ago. If you were a winner, your winning Pokémon Snap in-game photograph was turned into an actual Pokémon card, so not only are these rare right off the bat as a result but only 20 of each was made.

Nintendo Life reports that one of 20 Snap Magikarp cards was recently sold at a Japanese auction for 5 million yen, or roughly $136,000. You can watch this video about the card below, uploaded by smpratte, the person who appears to be the winner:

With this one sold, there’s another 19 out there somewhere. Perhaps people safely own those other 19, or maybe, they’ve been lost to time. For now, they remain as elusive as a Magikarp doing its best not to bite the bait on an Old Rod (ok, maybe they’re a little more elusive than that).

For more, read about the Illustrator Pikachu card sold last month and then check out the upcoming Pokémon Go trading card packs being released in stores soon.

Have you ever seen one of these rare Pokémon Snap cards? Let us know in the comments below!