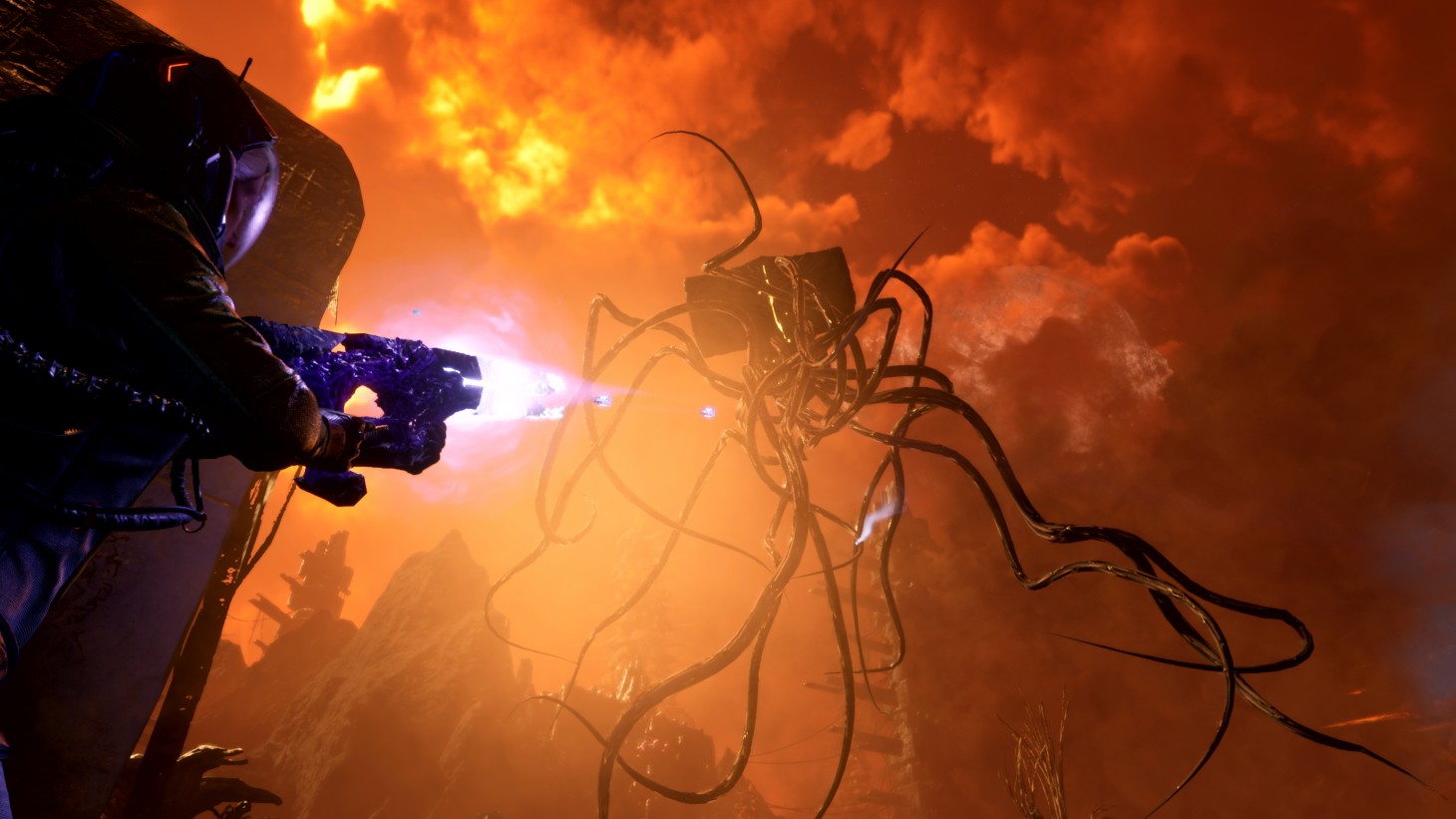 Housemarque Is Developing A New Game, But It Isn't Returnal 2

Housemarque is a modern-day arcade powerhouse. Games like Resogun and Nex Machina were homages to zany, psychedelic shoot 'em ups. Returnal, in its own impressive way, builds upon the developer's lineage by offering similar visuals and mechanics wrapped in a 3D, Triple-A skin. Despite the massive success of the sci-fi roguelike – Housemarque was acquired by Sony, after all – the studio is smartly broadening its horizons again. Housemarque is developing a new game, but it won't be Returnal 2.

In an award show interview with Venturebeat and an array of other outlets, narrative director Gregory Louden, game director Henry Krueger, and managing director Ilari Kuittinen were asked about the future of Housemarque (among other topics), "...In a time where games are changing, the people playing them are changing, how do you hold on to [your] identity?"

Recently, Sony's pivoted towards a live service methodology, a multiplayer-centric style that Housemarque likely won't employ. That's because the team's already tried it, to middling results:

"We had our stint working on multiplayer games, because a few years back it seemed like you needed to have some kind of multiplayer experience. We tried that, and we really didn't do it as well. But it's early days with us starting a new game, a new IP, concepting it out. We'll see what comes with that."

What exactly this new IP is remains to be seen, but Kuittinen also briefly mentioned that Nex Machina, "a shoot-'em-up game in the style of the coin-ops from the 80s," might be a clue. It's safe to assume that Housemarque might be working on another large-scope game like Returnal, and it'll be interesting to see how the developer finds ways to mix its arcade roots with a modern, new-gen veneer.

For more on Returnal, read our review.