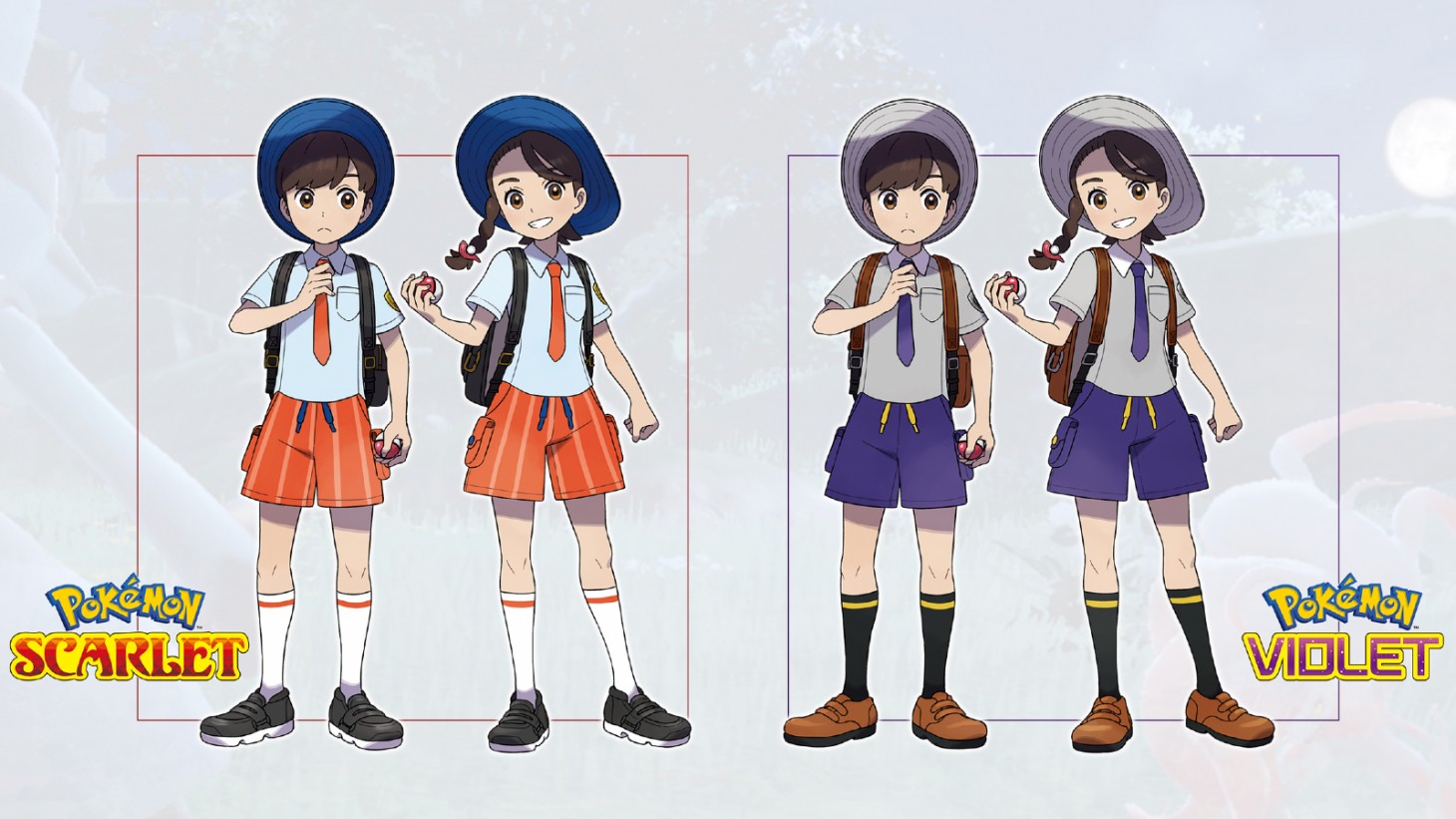 Pokémon Scarlet And Violet: All Of The Version Differences And Exclusives So Far

Pokémon Scarlet and Pokémon Violet have been officially announced, complete with a reveal trailer that includes a first look at the starters this time around.

These two games represent the start of Generation 9, which will surely bring its own competitive meta, anime, and even Pokémon card series to the franchise, and we can't wait. However, there's still some time before we actually get to play these games, so for now, we'll be scanning every second of the reveal trailer (and subsequent trailers) for new locales, features, and of course, Pokémon.

As any Pokémon player knows, with each generation comes two games to choose from. This time around, it's Scarlet and Violet (is this a callback to Red and Blue, perhaps?). With two different versions, there are always some differences between the games as well as Pokémon exclusive to each. For example, Larvitar is almost always exclusive to one game when two are released. With Larvitar being seen throughout the Scarlet and Violet reveal trailer, we wouldn't be surprised if it ends up exclusive once more.

Keeping up with all of these exclusives can be tough, but fortunately, we have you covered. Here are all of the version differences and exclusive Pokémon in Scarlet and Violet – this is a living list, so be sure to check back often to find out what new things we've learned.

A new trailer released on June 1 showcased our first look at the two box art legendaries of Pokémon Scarlet and Violet: Koraidon and Miraidon, respectively. There's no word on typing, although our best guess right now is fire and dragon for Koraidon and electric and dragon for Miraidon. Here's what they look like: 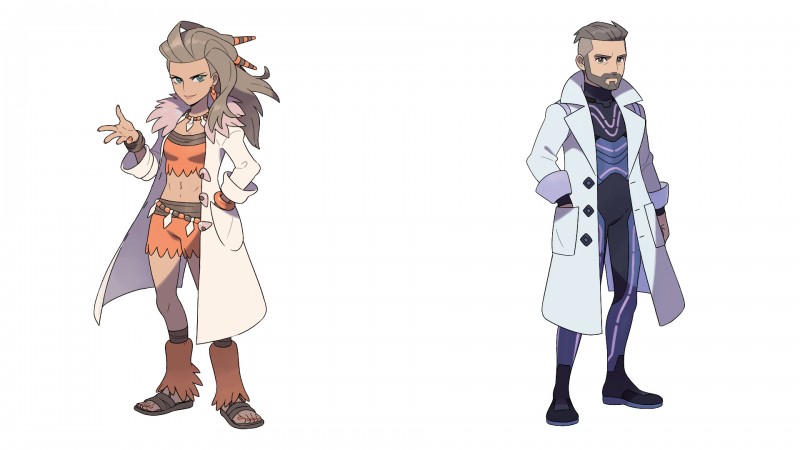 With just a reveal trailer and an official Pokémon Scarlet and Violet page from Nintendo to go on at the moment, the starting outfits are the only difference we've spotted thus far between the two versions. To nobody's surprise, the starting outfit in Scarlet features, well, scarlet, and the Violet starting outfit features violet – wild, right? Here's a look at the two different outfits in screenshots from the games.

In the June 1 trailer, we got a quick look at two towers that are clearly different based on which game you're playing. As for what these towers are, or what they represent, that remains unknown. However, it appears the Scarlet tower features an orange fruit insignia while the Violet tower features grapes – perhaps local fruit will play into this region in an interesting way: 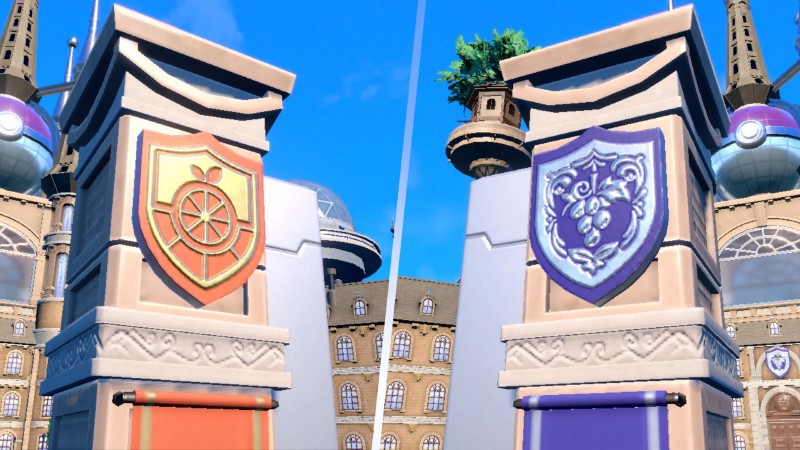 What differences and exclusive Pokémon have you spotted so far? Let us know in the comments below! 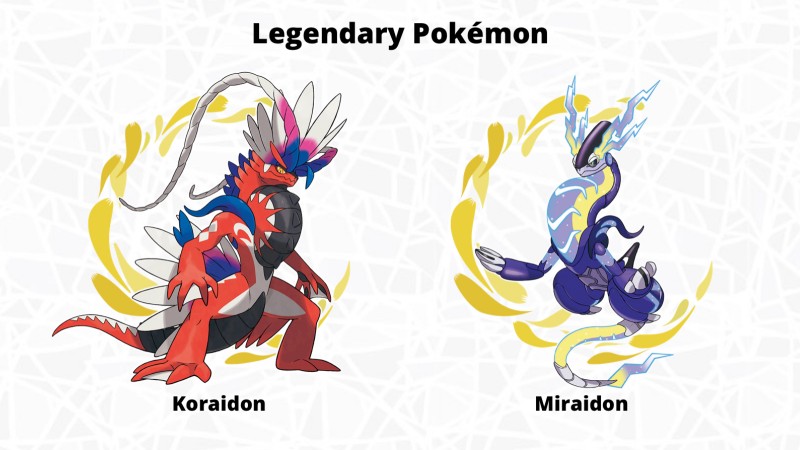 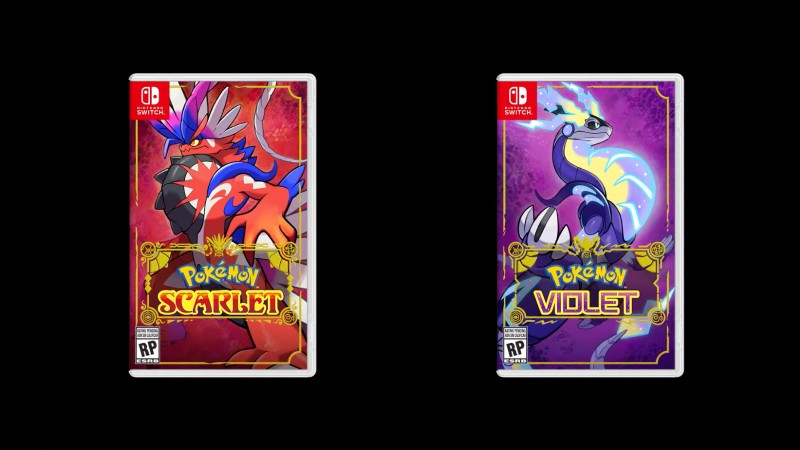 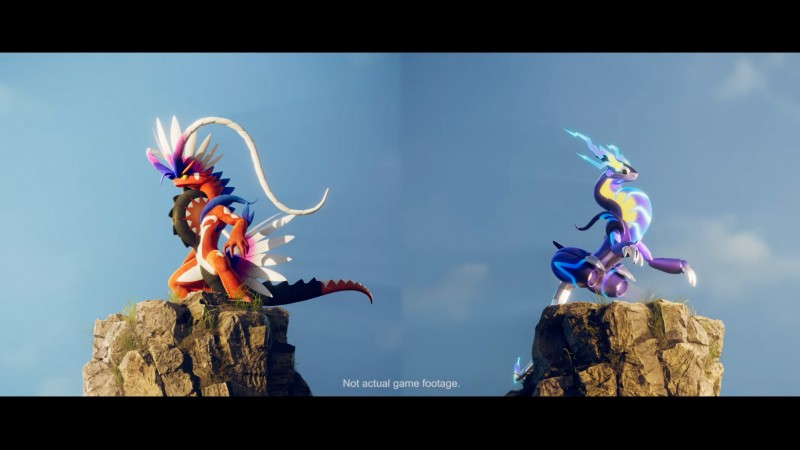 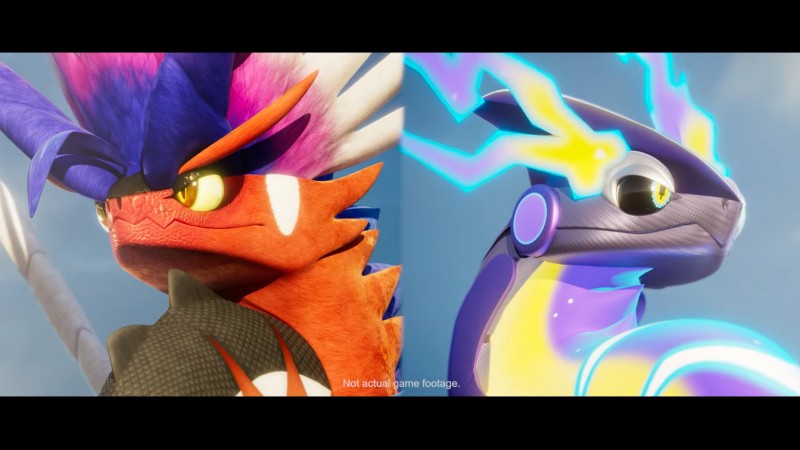 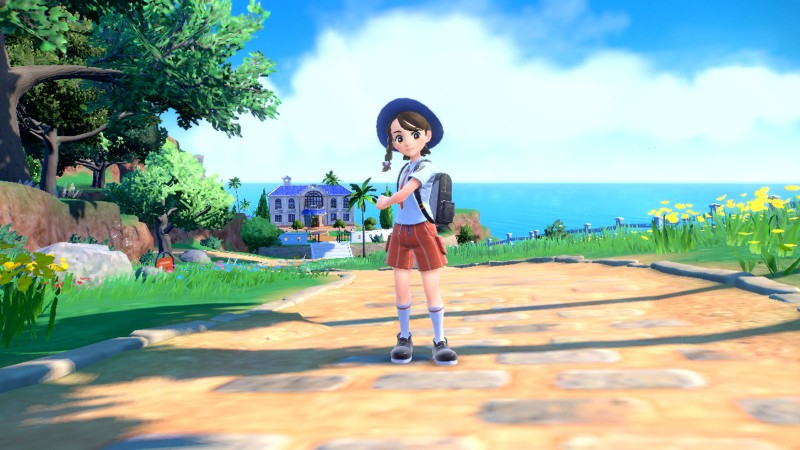 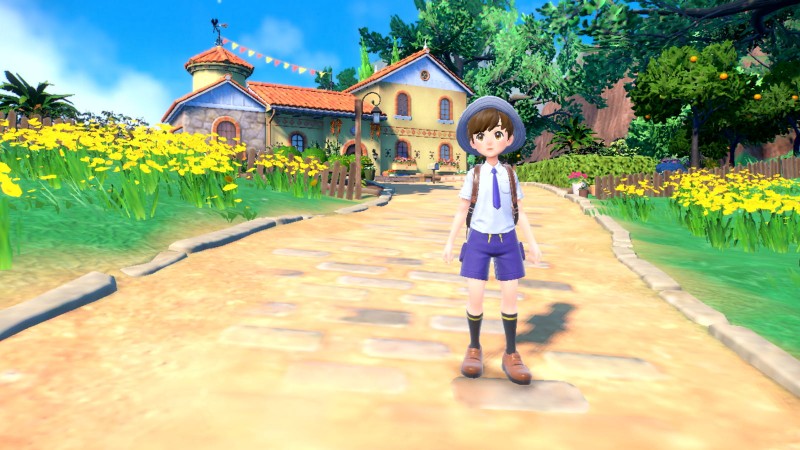 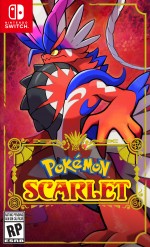 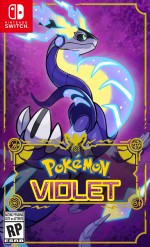