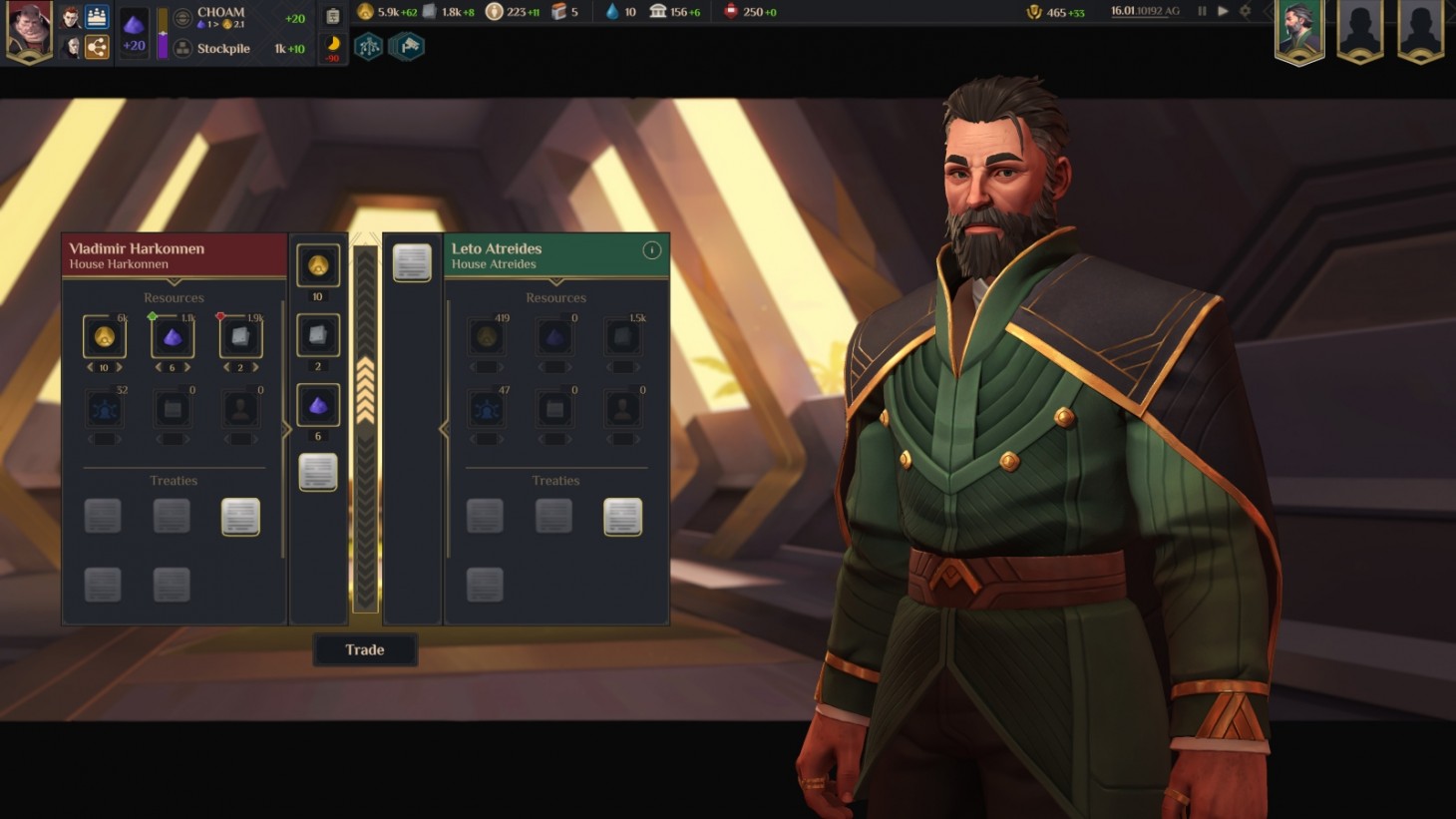 Dune: Spice Wars is an exciting prospect for real-time strategy fans and enthusiasts of the popular books (and recent Oscar-nominated film). The game takes the series back to its RTS roots, though we hadn't seen much of it beyond cinematic teases. However, a new trailer provides the first look at its tactical gameplay.

The trailer shows off how players can command units on Arrakis. You’ll lead your chosen faction using several methods, whether it be flexing political influence, having deep economic pockets, or just pure open warfare. As you travel the world and meet/capture villages, you gather resources and set up spice harvesters to keep the money flowing while using armies to keep attackers at bay. In addition to a single-player campaign, developer Shiro Games previously confirmed multiplayer.

Dune: Spice Wars enters PC early access sometime this year. You can learn more about the game from the game's FAQ.