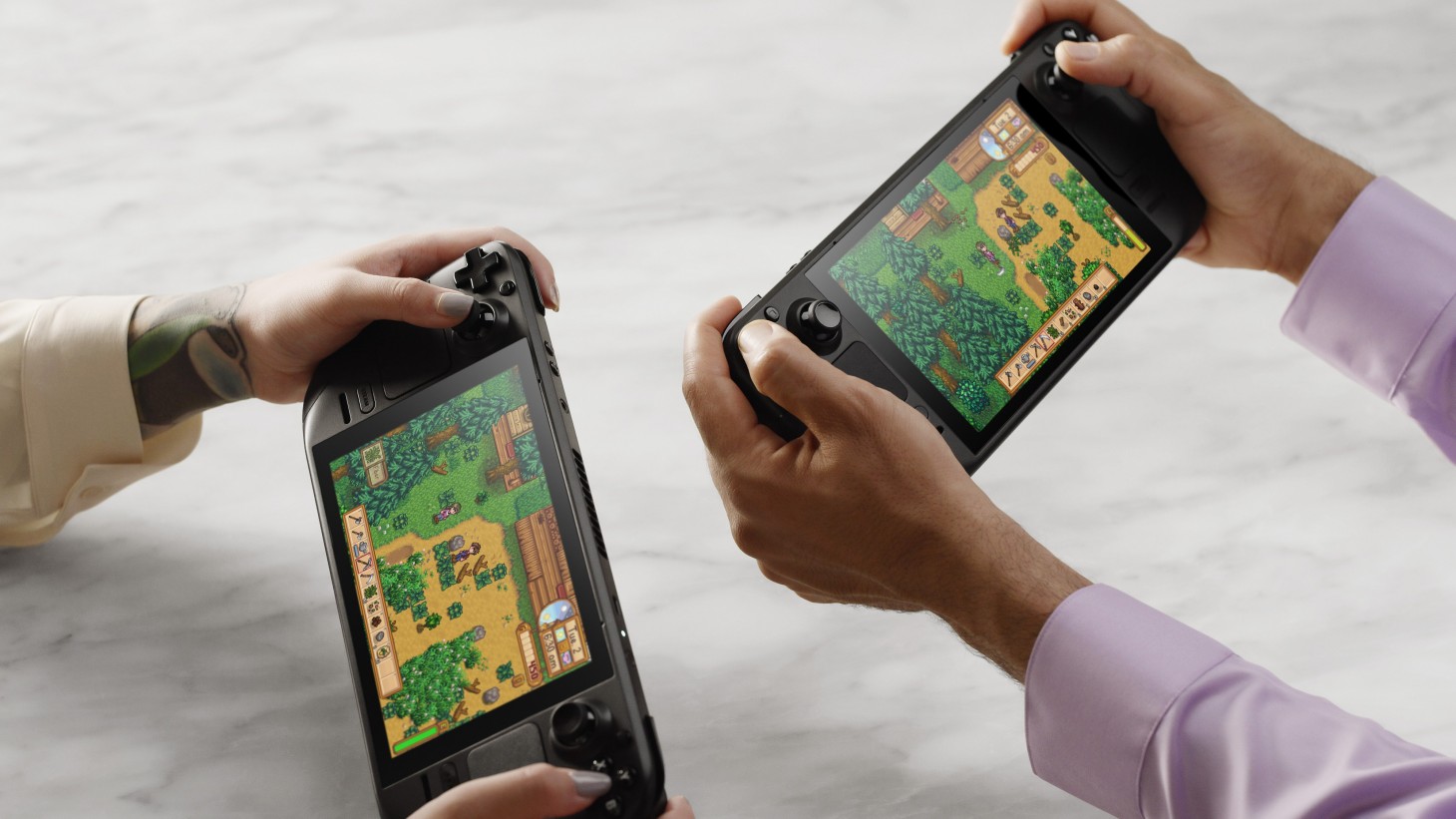 The release of Valve's highly-anticipated handheld device, the Steam Deck, is right around the corner. Slated to be a formidable rival to the Nintendo Switch, the Steam Deck boasts powerful technology, including an AMD processor, LCD screen, and a dock that allows it to connect to monitors, controllers, and mouse and keyboards. Moreover, Valve is adding a "Dynamic Cloud Sync" – a component that enables seamless save transfers.

According to Eurogamer, the Dynamic Cloud Sync means that players won't necessarily need to exit their favorite PC game on the Steam Deck to play it on other devices. An official blog post elaborates on this with more detail:

"We anticipate that users will frequently suspend their Steam Deck without exiting the game, as is common with other hand-held gaming devices. With Dynamic Cloud Sync, if they then choose to play on another device (whether a PC or another Steam Deck), their progress will be there waiting for them.
With Dynamic Cloud Sync, Steam will automatically upload all modified save game data to the cloud prior to the device entering sleep mode. Users can then resume their game on any PC, laptop or other device. Steam will also automatically download any save game changes when users return to their Steam Deck and wake up the device."

If Dynamic Cloud Sync is disabled on your Steam Deck, you'll be prompted to close the game fully if you try to access it elsewhere. So, to save time, it's probably better that you leave it on. Besides, who wouldn't want to jump right back into the action any time, any place?

In case you're unfamiliar with the other capabilities of the Steam Deck, an old press release states:

"Steam Deck is a powerful all-in-one portable PC. With a custom processor developed in cooperation with AMD, Steam Deck is comparable to a gaming laptop with the ability to run the latest AAA games. Your Steam library will be on Deck to play games wherever and whenever you want. Steam Deck is also an open PC, adding the ability to install any software or connect with any hardware.”

The Steam Deck is on track to release in February 2022. If you're one of the lucky ones that have already preordered the handheld, brush up on what PC games you should probably download first.