We're inching closer to Horizon Forbidden West's February 18 release date. Up until now, Guerrilla Games has kept much about the narrative under lock and key, but the latest trailer (which you can view above) is full of teases for Aloy's next adventure. It provided glimpses at some returning characters alongside new faces who are sure to shake up Aloy's journey – for better or worse.

Guerrilla left fans with a lot to dissect and unpack in this new showing. Thankfully, we chatted with narrative director Benjamin McCaw and senior writer Annie Kitain to gain more clarity and context about what we saw.

The trailer reiterated the tremendous plight in front of Aloy. "The land is dying, people are suffering, and soon they'll starve," Aloy says as a deadly storm makes its presence known in the background. "And the machines meant to help us are out of control." Apparently, the Forbidden West holds the answer to Aloy saving the world, but it also hides great dangers. As a new face named Kotallo puts it: "In the West, war is the rule – peace the exception."

The trailer makes no qualms about a rebel leader and her dark side. Named Regalla, she's introduced to us with a brutal fighting style and even harsher words to describe her. Regalla "seeks to slaughter all those who have wronged her" and "will kill anyone who gets in her way."

"She's deadly," Kitain says. "She has this army of machines and rebels. And she really is driven by this hatred for the Carja tribe. She's bent on this sort of destruction towards that tribe and she's really willing to basically burn the world down to get the vengeance that she wants."

When we asked if Regalla would be one of Aloy's primary antagonists, McCaw says: "Absolutely. Aloy's going to fight Regalla's forces throughout the game and she will fight Regalla, as well." McCaw also revealed that esteemed Hollywood actress Angela Bassett (Black Panther, What's Love Got To Do With It, Malcolm X) portrays Regalla.

But perhaps the real kicker about Regalla is the trailer's revelation that she answers to a higher power who supplied her with troops, weapons, and even the ability to control machines … and then it pans to wandering researcher Sylens, who Zero Dawn players know all too well. 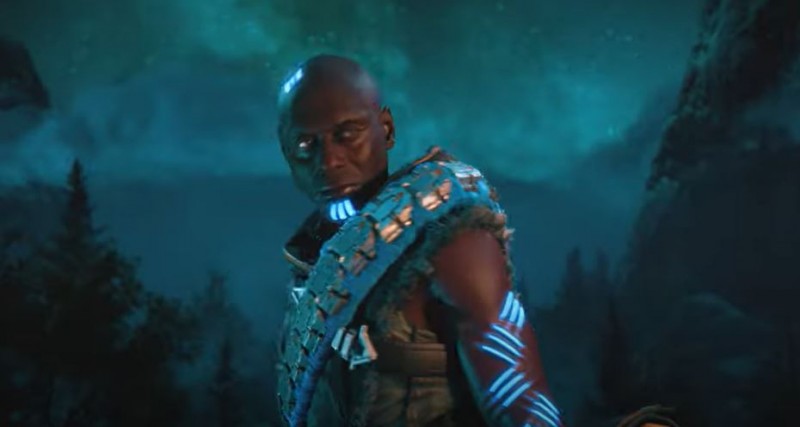 This isn't the first confirmation we've had that Sylens would be back, as he made an appearance in previous Forbidden West trailers. However, this is the first hint we've had at the role he'll play in the game, and it's not looking too good, as he's directly involved with a rebel tribe. The latest trailer confirms he's the one giving Regalla a lot of her power. We asked Guerrilla to share more on Sylens' relationship with Regalla.

"As for how [Regalla's] connected to Sylens, Sylens is always somewhat of a mystery and [full of] secrets," Kitain says. "We know from Zero Dawn he was helping Aloy. But now in the Forbidden West, he definitely has his own agenda. And while a lot of that is something we look forward to players discovering, part of that is arming Regalla and her rebels with this ability to control machines. Why? And what those connections are? That's something that Aloy will discover."

The latest trailer touches on that aspect, as we hear Aloy say, "Whatever secrets he has, he's keeping to himself." And it appears she's talking about Sylens in that regard. From Horizon Zero Dawn, we know Aloy's relationship with Sylens has been complicated, and anything can happen as he's proven himself to be a wildcard.

Getting By With The Help Of Friends

If you played Zero Dawn, you might have noticed a few familiar faces in the trailer, particularly, Erend and Varl. Guerrilla Games confirmed in our cover story interviews that part of Aloy's journey will be realizing she can't save the world alone and that her relationships are of the utmost importance.

Aloy built some connections in Zero Dawn, but Guerrilla is bringing back some characters for her to get to know on a deeper level. Both Erend and Varl will play a significant role in the game and are among Aloy's first companions as she heads west. "The amount of time you spend with particular companions will be affected by your particular playthrough," McCaw says. "But we can confirm that Varl and Erend are people that you encounter pretty early in the game, and you spend a lot of time [with them]."

Guerrilla has talked a lot about bringing back Erend for Forbidden West, but this is the first extensive glimpse we've had at Varl. "Varl, at the end of Horizon Zero Dawn, he, like many others in the Nora tribe, sees Aloy as the anointed – a figure from their religious beliefs," Kitain says. "So he feels this duty to help her just from that angle. But more than that, he's someone who got to know her in Zero Dawn, and he's really worried about her as a person, and the burden that she faces as she heads out into the Forbidden West."

While it's nice to see some old friends, part of every adventure is meeting new people, and Aloy will have her share of new allies in the Forbidden West. Guerrilla was happy to dish on some of the new faces from the trailer. Pictured above is Kotallo, a fierce and loyal warrior from the Tenakth tribe. Kitain teased that his story is "very personal" and "closely tied to Aloy's own journey." The next new character we spot is Alva, who comes from a mysterious tribe Aloy will encounter. Alva appeared in one of our cover story demos, to which McCaw described her as "bright and curious, but a little unsure of herself." Last, we see Zo, who hails from the Utaru tribe. "She's a grave singer, and she has a bit of a tragic past," Kitain says.

The ending of the trailer left a strong impression with GAIA (confirmed by Guerrilla) imparting these words to Aloy: "We will find the answers but be aware, we're not the only ones who seek them." The shot then focuses on a new character donning white and gold. Guerrilla identified her as Tilda, and beloved actress Carrie-Anne Moss (The Matrix, Momento) brings her to life. "She is a mysterious and complicated character with a special connection to the ancient past," Kitain says. "She's someone who we look forward to players unraveling the secret of what she's all about." 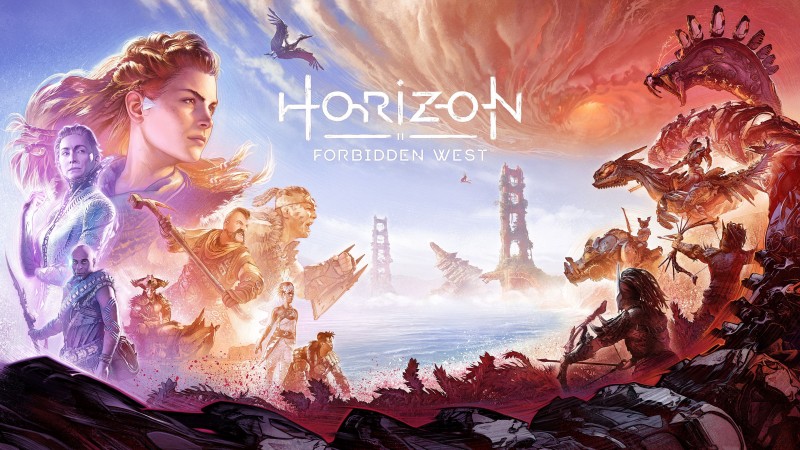 Bonus: Which Characters Should I Know Going Into Forbidden West?

Feeling a little overwhelmed by all the returning faces for Zero Dawn? Don't be. Guerrilla says the team went out of the way to ensure the sequel was newcomer-friendly and had plenty of callbacks for fans. "That was something that we were really conscious of when we were working on the story," Kitain says. "We wanted to make sure that fans from the first game come into this and recognize the characters ... they see Aloy as they remember her but also growing. But we also wanted to make sure that new players could come into this and get up to speed."

However, if you want to refresh your memory on some characters before the game, McCaw and Kitain gave us the ones to focus on. "To brush up on Varl, Erend, and Talanah would be a good start," McCaw says. "But, to reiterate, it's not needed. We're going to tell you everything you need to know to play this game if you're a beginner."

Kitain also adds that Talanah's story from the recent Horizon comics will continue into Forbidden West. "You don't need to read the comics because one of our goals is that you are brought up to speed," she says. "But if you have, you kind of have that extra knowledge of like, 'Oh, okay, I know what they're talking about and I experienced that part of her journey in the comics, and now see how that plays out in the Forbidden West.'"

Want more on Horizon Forbidden West? Check out our cover story hub below to learn more about the new machines and Aloy's personal struggles.