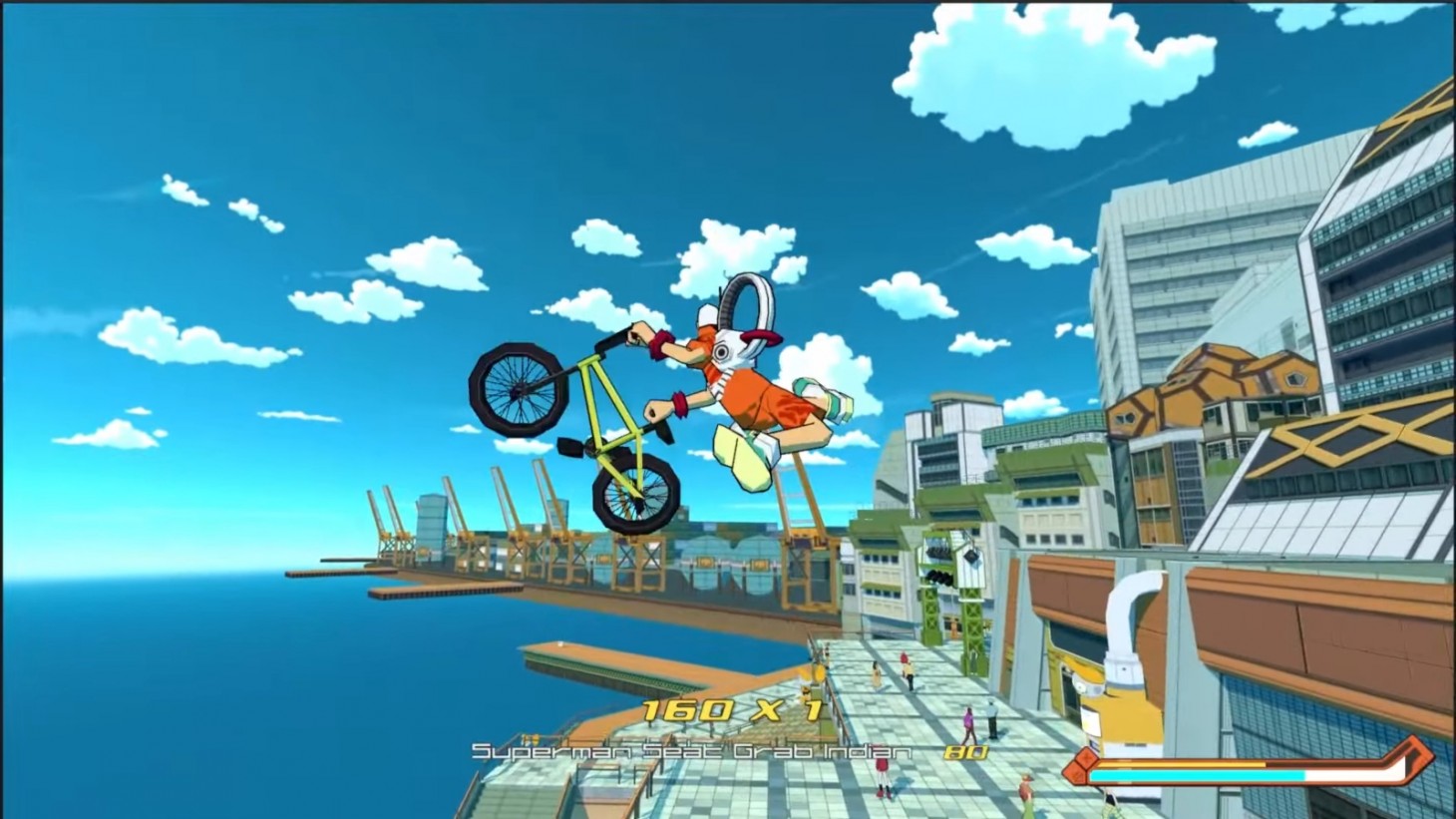 Bomb Rush Cyberfunk, the upcoming Jet Set Radio-inspired game by the makers of Lethal League, is all about style. With that in mind, what’s cooler than hitting a bunch of sick tricks set to a fresh soundtrack? Not much based on this latest trailer.

Although the video doesn’t update players on when Bomb Rush Cyberfunk will drop, it does provide a glimpse into some of the cool moves you can pull off. Whether you’re tearing up the city on a pair of skates, a bike, or a skateboard, executing stylish rail grinds and nailing combos is not only fun but vital to progression. The crux of the game is tagging enough spots with your graffiti and out-tricking other crews to earn enough reputation to challenge them for territory control. Mastering traversal also matters for reaching hidden areas of the city that may contain secrets.

If this modern homage has you chomping at the bit to play it, developer Team Reptile promises in the video's description that it's “going in hard” to get Bomb Rush Cyberfunk out the door this year. The game is slated to arrive on Switch and PC.

What do you think of this latest look at Bomb Rush Cyberfunk? Let us know in the comments!