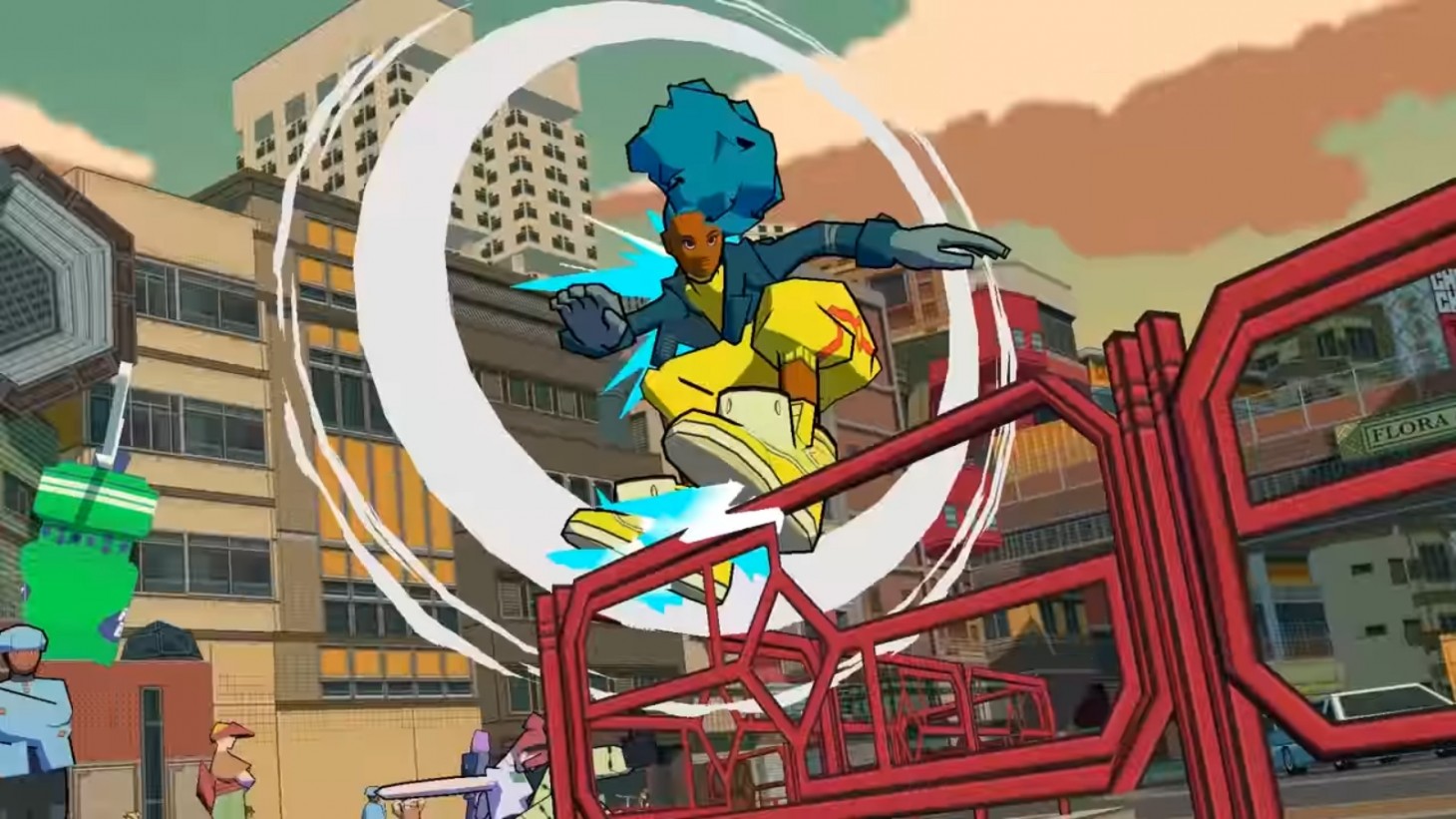 Here's A Fresh Look At Bomb Rush Cyberfunk In Action

Bomb Rush Cyberfunk perked the ears of many Dreamcast fans when it was revealed last summer. The game is an obvious love letter to Jet Set Radio (or Jet Grind Radio for us westerners), with its graffiti drenched art style, skating gameplay, and an original soundtrack by the series’ composer, Hideki Naganuma. After dropping a brief teaser video last year, Bomb Rush Cyberfunk has resurfaced with a slightly longer (but still tantalizing) look at the game in action.

The game comes courtesy of Team Reptile, the team behind Lethal League, and looks to capture wholesale everything Jet Set Radio fans love. That includes its cel-shaded art and neo-future vibe; over-the-top, parkour-style skating; and bizarre-looking characters. It’s such a faithful-looking homage that you could probably slap a sticker on it that reads “Jet Set Radio 3” and people would nod and say “yep, that there’s a Jet Set Radio if I ever saw one” Take a look at the new footage below.

In terms of gameplay, the description states that players control a member of a street crew who must tag various graffiti spots in order to increase their rep. Accrue a high enough reputation, and you can challenge local crews in territory battles. Players can freely traverse the 3D open world and unleash cool skating moves using a trick system. That includes skating up and down walls, grinding surfaces, and executing aerial maneuvers. Speaking of doing things in midair, you can also use a boost pack to reach hard-to-reach areas.

While the game’s Steam page lists Bomb Rush Cyberfunk’s release window as “future”, Team Reptile has confirmed it will now launch in 2022 instead of later this year (there's still no confirmation on a console launch). That’s a bummer, but we look forward to seeing what the extra year of polish does for this intriguing polish.