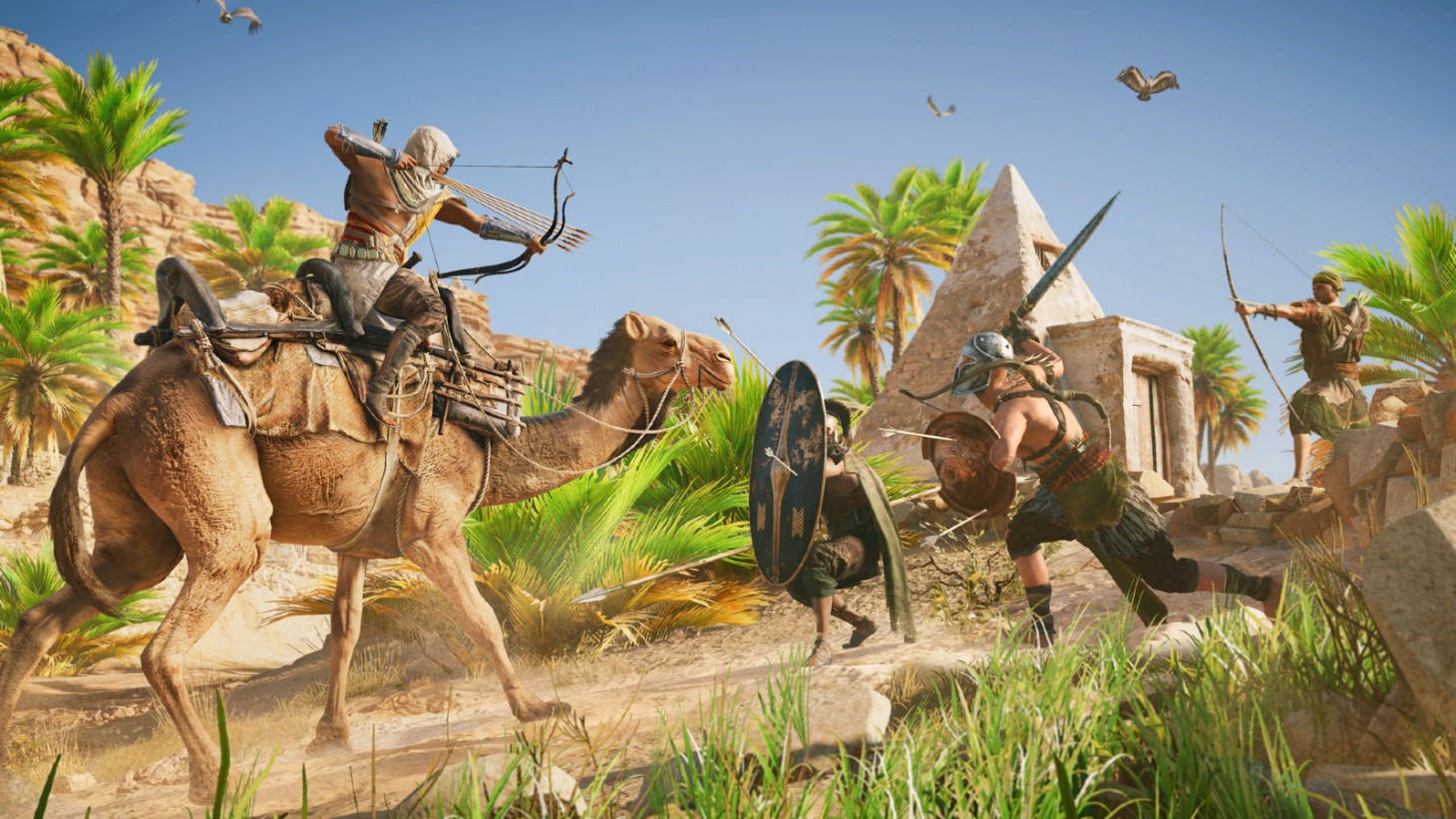 The ancient Egypt of Assassin’s Creed Origins is a visually stunning place to explore, and it could soon look even better.

Whether you are a longtime fan or just discovered Assassin's Creed, we want to thank you for being a part of this community.

Your continued support, passion & vigilance humbles us all every day.

Stay tuned for more in AC Valhalla & an exciting future for AC. 🔥 pic.twitter.com/0LbX3WpbTL

However, Desmond Miles sacrificed himself to save the world from the destruction of Juno. That happened in 2012’s Assassin’s Creed 3. Assassin’s Creed Origins would be released on PlayStation 4, Xbox One, and PC five years later. As the name implies, its story represents the origin of the Assassin Brotherhood (or at least what would one day become the Brotherhood). It sounds like soon we’ll be able to experience that origin story in 60 FPS.

Unfortunately, those looking for more will have to wait and see what comes of this update, as Ubisoft did not reveal anything else. There’s no word of when this 60 FPS patch might go through, nor is there a definitive guarantee it will happen – just Ubisoft’s assertion that it’s “looking into adding 60 FPS support for Assassin’s Creed Origins.”

Would you jump back into Assassin’s Creed Origins if it received a 60 FPS update? Let us know in the comments below!