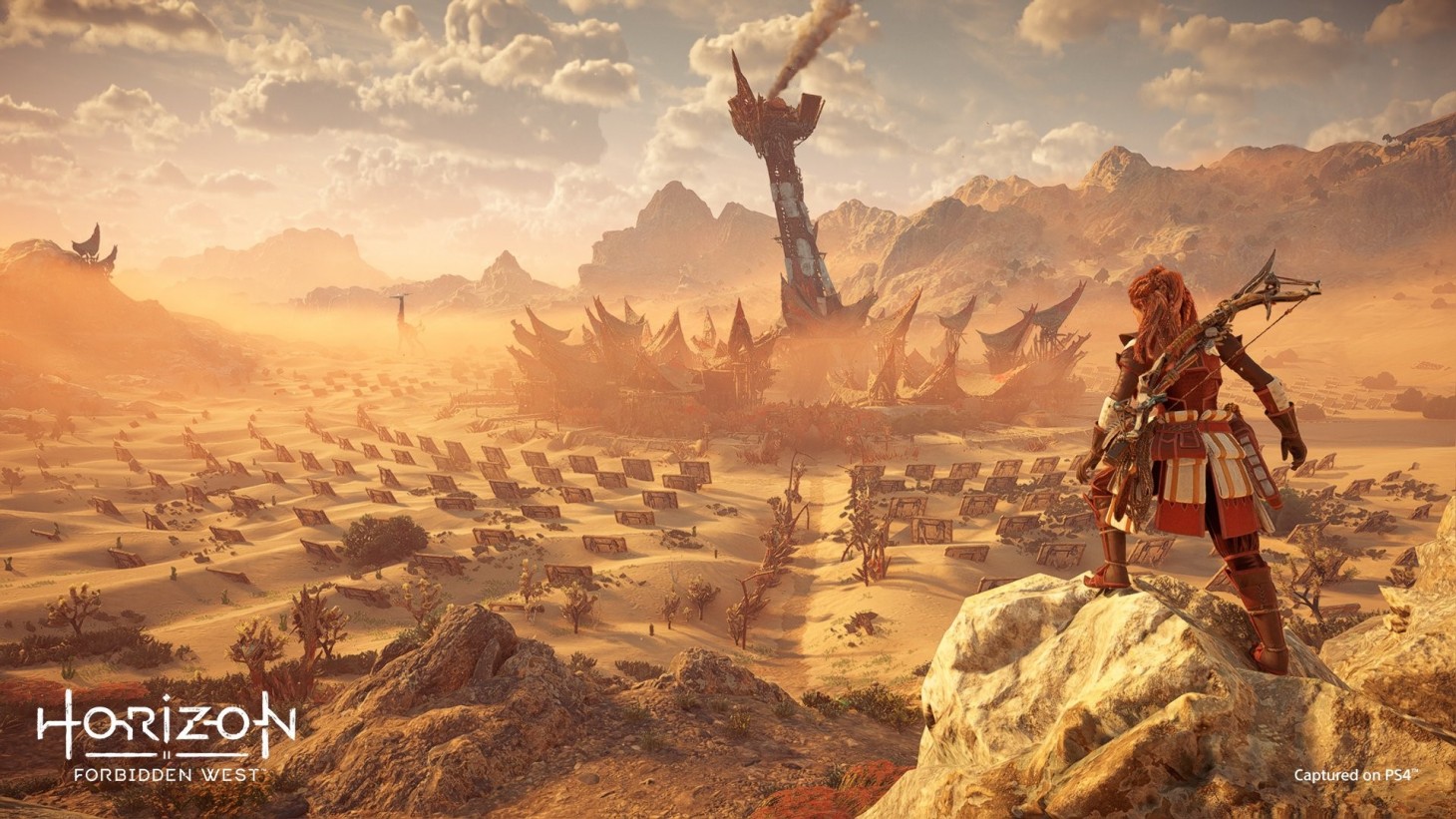 Often overshadowed by the newest generation, games are still being built for and released on the PlayStation 4. After showing what Horizon Forbidden West looks and runs like on PS5, Guerrilla Games has given the world a glimpse at what Aloy's next adventure looks like on the previous Sony console.

In a tweet, Guerrilla offered a peek at four screenshots from Forbidden West running on PlayStation 4 hardware. While it doesn't say whether the captures came from a PS4 amateur or a PS4 Pro, the vistas on display are still stunning to behold. Take a glance at the lush jungle flora with a mechanical bird hovering overhead, a desolate desert settlement, the Tallneck in all of its towering glory, and Aloy strolling through a pond riding atop what looks to be the horse-like Strider.

These images do look great, and yes, I'm sure if you put them next to their PS5 counterparts, you can nitpick which details may be missing, or how far the draw distance for LODs are. But instead, we're going to take this preview of the rare PS4 visuals and celebrate how good they look on their own merits. If the performance side of the game pans out as well as these stills have, last-gen PlayStation owners may not feel as much pressure to find an elusive PS5 before Horizon Forbidden West's February 18 release. 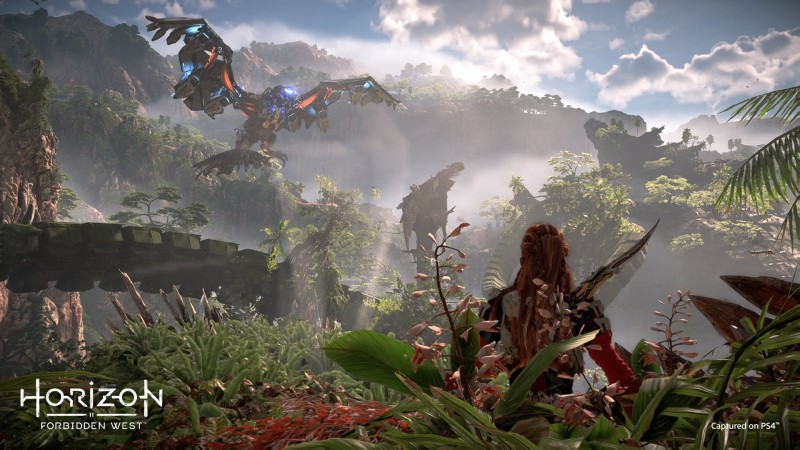 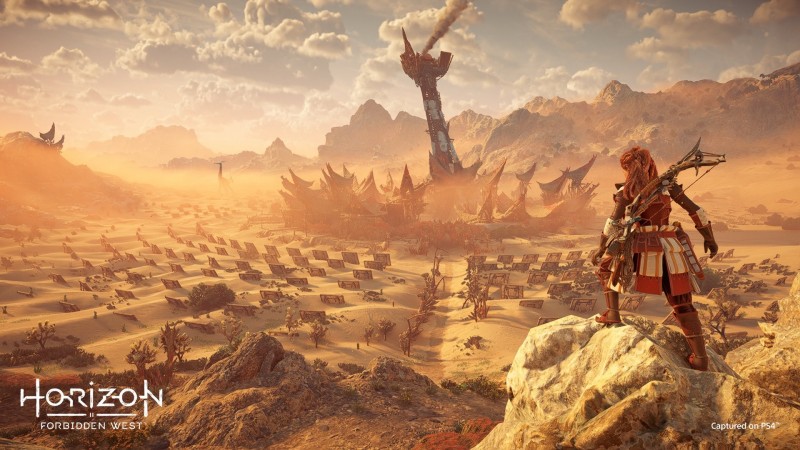 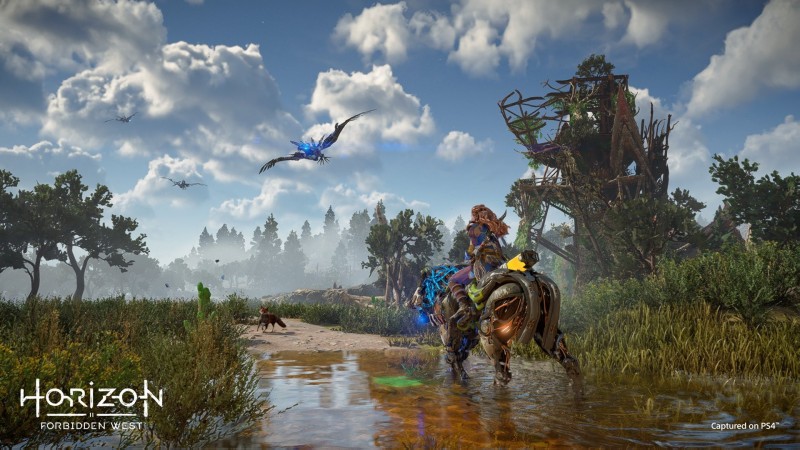 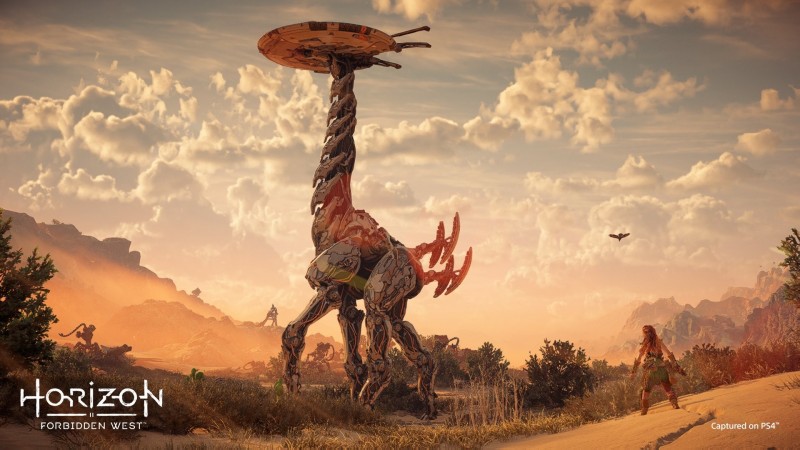