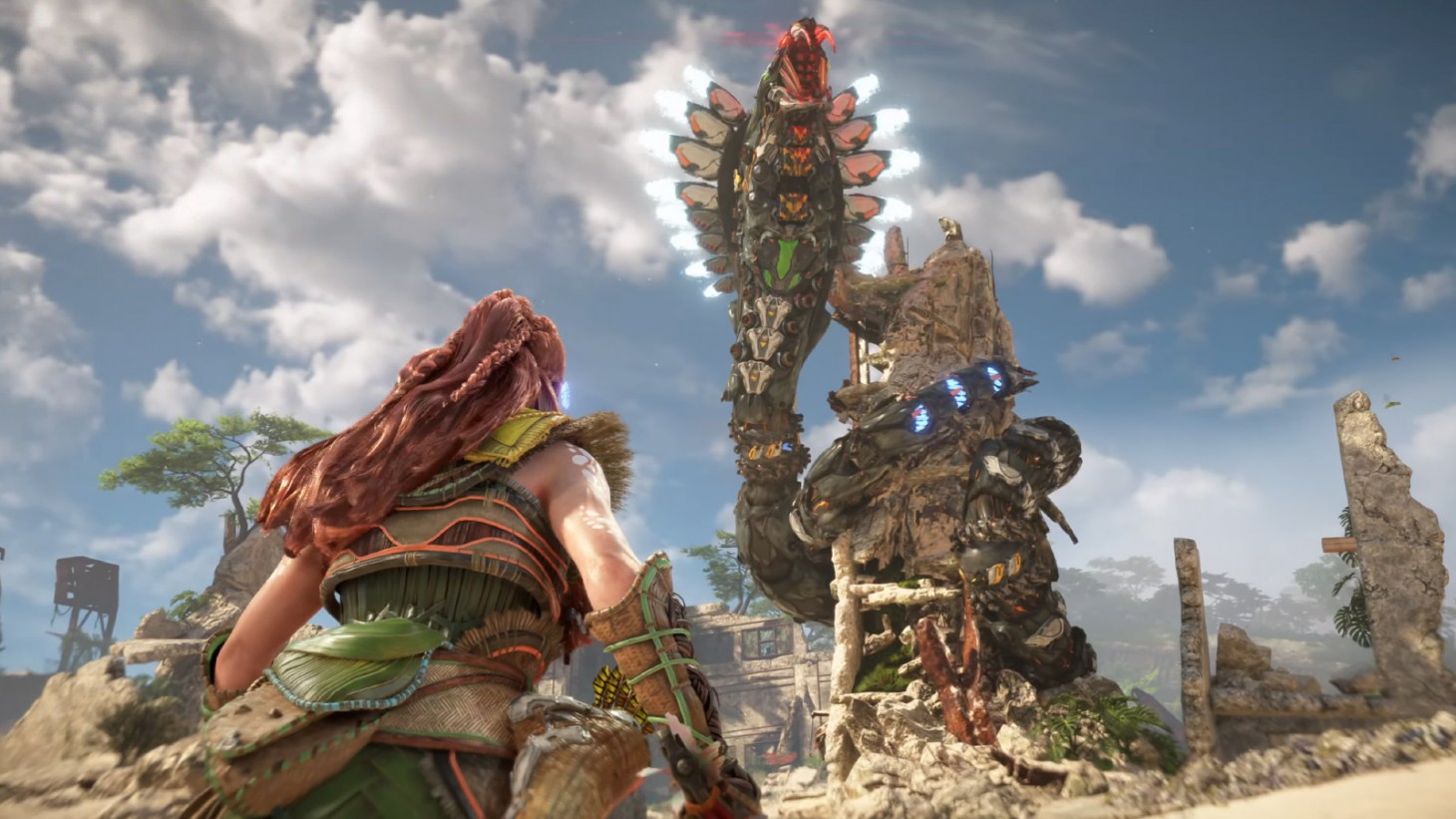 We got a new look at Horizon Forbidden West during the Game Awards, and while the trailer was brief, it packed in a lot of new footage including newly-revealed machines and outfits.

The montage-style video shows off pterodactyl and plesiosaur-like creatures, further emphasizing the prehistoric theme established by the raptor-like Clawstriders and mammoth-inspired Tremortusks from previous showings. We also catch glimpses of massive armadillo-like machines that roll into balls to hurl themselves at Aloy and even a giant, menacing cobra. Aloy showcases some of the outfits she’ll wear, including some intimidating war paint and a striking red bodysuit.

Horizon Forbidden West continues to make us salivate as we march towards its February 18 launch. You can pick it up on PlayStation 5 and PlayStation 4, and learn more about its new systems by watching our video interview with its principal designers.