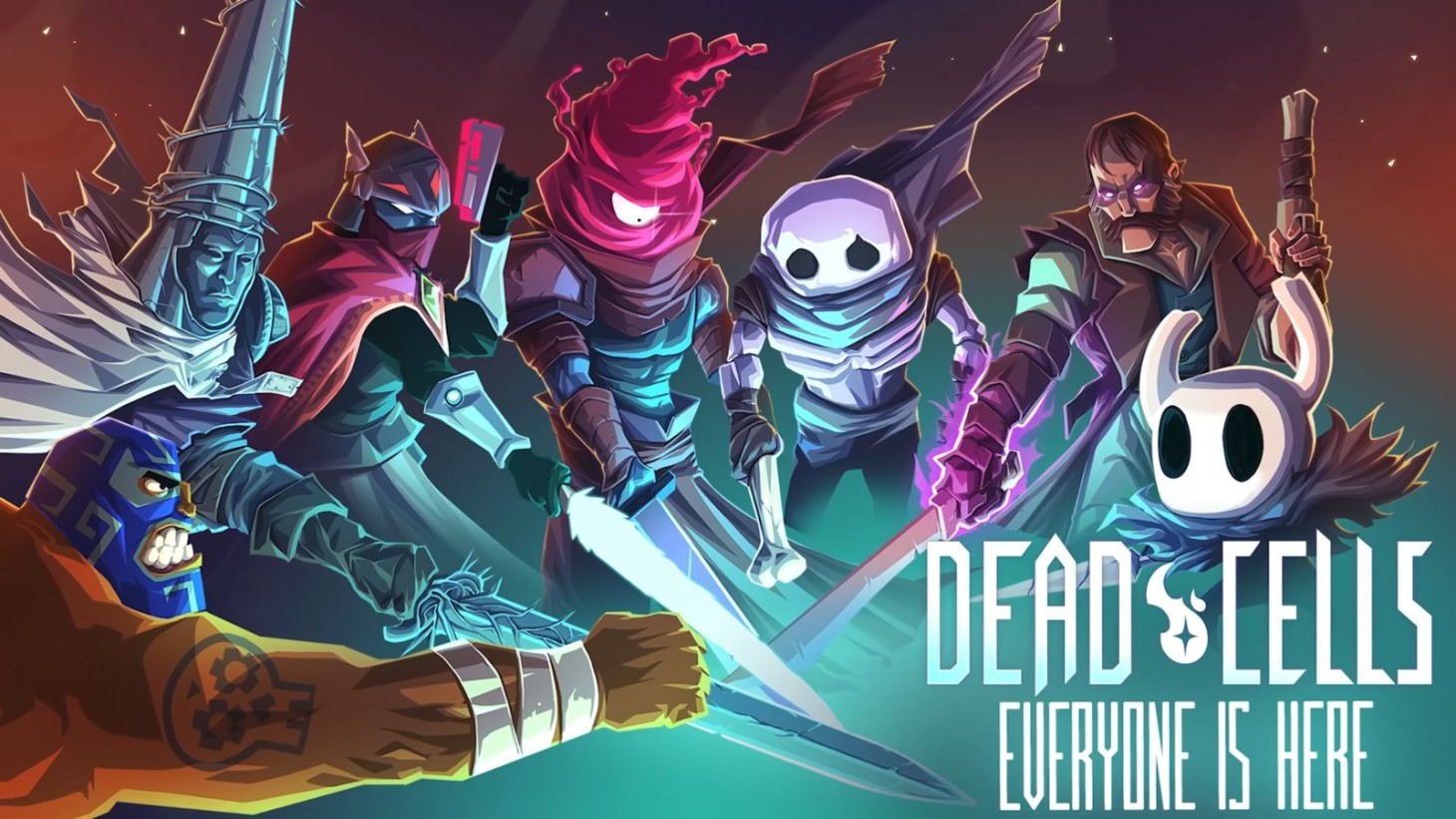 Dead Cells’ 26th update is assembling the best and brightest of the indie action adventure genre. The aptly named Everyone Is Here patch adds familiar faces from games like Hollow Knight and Guacamelee, along with their respective weapons, to use in-game.

The free update, which is now available on PC and comes consoles later this year, lets players don the costumes of the protagonists from Hollow Knight, Hyper Light Drifter, Blasphemous, Guacamelee!, Skul: The Hero Slayer, and Curse of the Dead Gods. Better yet, you’ll wield the weapons/ability of each character. They control largely as you’ll remember them but have a Dead Cells twist. Motion Twin has outlined the functionality and stats for each weapon below:

Hollow Knight – Pure Nail: Can attack upward and downward. Attacking downward while airborne causes you to bounce on your enemies, dealing critical damage.

Blasphemous – Face Flask: Crush a flask on your forehead, dealing low damage to yourself and transforming 35 percent of your missing health into recovery.

Guacamelee! - Pollo Power: Turn into a chicken for a few seconds, firing several explosive eggs around you because, of course.

Curse of the Dead Gods - Machete & Pistol: Slash twice with a machete. The third attack uses the pistol to bump and inflict critical damage to nearby enemies. Holding the attack button charges a slow and powerful ranged attack.

To access the new content, you’ll need to complete the challenges from a new book at the start of the game. A new character unlocks for every finished challenge. Weapons and skills are found in Lore Rooms, a new area in the game.

You can view the full list of patch notes here. You can also read about some of these games and other on our list of the Top 10 Best Metroidvanias To Play Right Now.