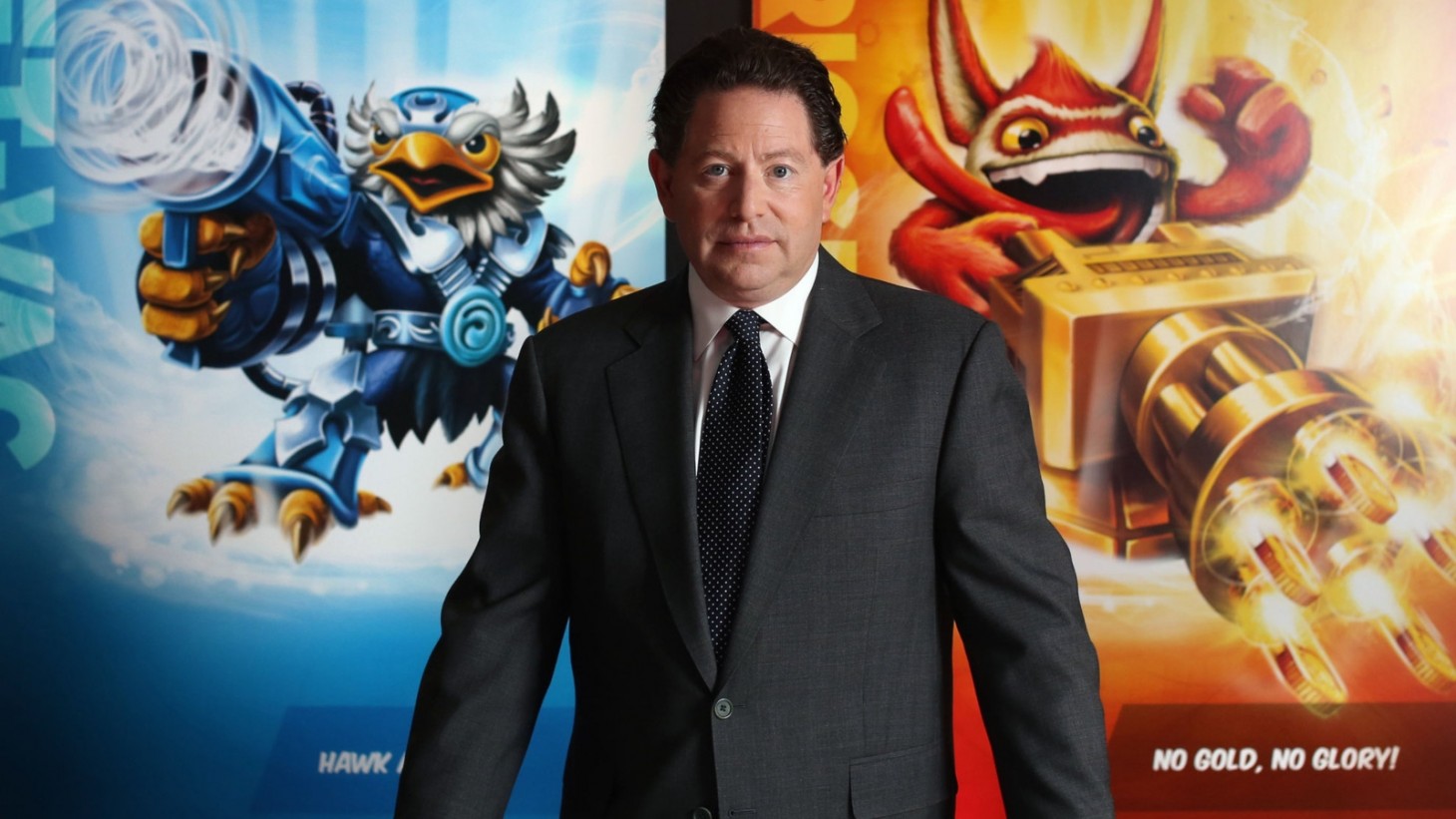 Update: 11/16/21 8:44 p.m Central: Bobby Kotick responded to The Wall Street Journal's report by recording a video message sent to Activision Blizzard employees. He addresses the article by saying it "paints an inaccurate and misleading view of our company, of me personally, and my leadership."

"I want to say is that anyone who doubts my conviction to be the most welcoming, inclusive workplace doesn’t really appreciate how important this is to me," says Kotick in the message. "Creativity and inspiration thrives best in a safe, welcoming, respectful environment. There is no substitute for that. And staying true to our values, without exceptions, is the best way to retain our talent and to attract the new talent we need to achieve our great potential. As I have made clear, we are moving forward with a new zero tolerance policy for inappropriate behavior – and zero means zero. Any reprehensible conduct is simply unacceptable."

Kotick concludes the message by thanking employees and reiterating Activision's mission to reevaluate and correct its company culture saying "we must all, including me, embrace this need for change, so we can bring our very best selves to the very best place to work"

Activision has posted the full transcript of Kotick's video message, which you can read in full here.

Original Story: Activision Blizzard has spent the last several months embroiled in a series of state and federal lawsuits regarding allegations of its toxic work culture. The controversies primarily stem from Blizzard specifically due to numerous stories of how the studio fostered a “frat boy” culture hostile to women and marginalized employees, along with accounts of sexual abuse and a gender wage gap. Activision CEO Bobby Kotick initially downplayed the claims, saying he was unaware of many of them before promising the company would do better, even cutting his salary to a “minimum wage” of $62,500 until “transformational goals” were met. However, a report by the Wall Street Journal reveals additional stories of employee misconduct and evidence that Kotick was not only aware of these controversies but that he neglected to inform Activision’s board of directors of several of them. The report also alleges that Kotick himself has been accused of mistreating women over the years.

We highly encourage you to read WSJ’s report (there is a paywall, however) or writer Ben Fritz’s Twitter thread highlighting its core details. Trigger warning for both their stories and ours as they contain references to sexual assault including rape.

WSJ’s report sheds light on misconduct taking place at Activision-owned studios Treyarch and Sledgehammer Games. In the article, evidence stemming from internal documents, memos, and interviews with people close to the situations reveal several examples that Kotick had reportedly always been aware of these issues and did not inform Activision’s board of directors, instead opting to settle the matters as quickly and quietly as possible.

One instance was the allegations against Treyarch co-head, Dan Bunting. Bunting, who helped spearhead the production of several Call of Duty titles, was accused of sexual harassment by a female employee after a night of drinking in 2017. According to WSJ’s sources familiar with the situation, a 2019 internal investigation concluded with a recommendation for Bunting’s termination until Kotick intervened on his behalf, keeping him with the company while he underwent counseling. Polygon reports that Bunting resigned from Treyarch today after WSJ’s report was published.

Additionally, former Sledgehammer employees were indicted in sexual misconduct investigations, according to internal information pulled by WSJ. One story centers on a supervisor who allegedly raped a female employee in 2016 and 2017 after pressuring her to drink heavily during work events. According to the victim’s lawyer, this now-former employee reported both cases to other leaders, Sledgehammer’s HR, and the police, but nothing happened. Activision reportedly dealt with the perpetrator internally and apparently settled with the victim out of court, but Kotick, again, did not report the allegations to the board of directors, according to those knowledgeable of the situation. 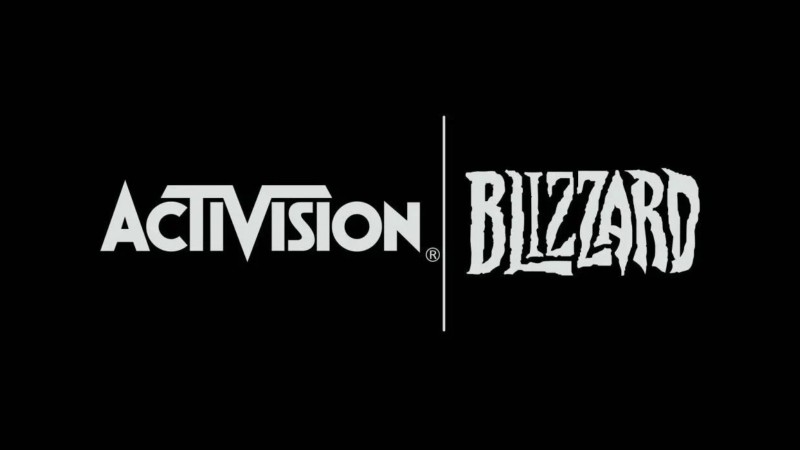 WSJ has also spoken to sources and reviewed documents revealing Kotick himself has been accused of mistreating women in and out of the workplace for years. These allegations include a 2006 story of an assistant who claimed Kotick harassed her and left a voice mail threatening to have her killed. In 2007, a flight attendant on a private jet co-owned by Kotick said she was fired by him after she told the jet’s other owner that the pilot sexually harassed her. Kotick settled both matters out of court.

WSJ also found internal documents revealing Kotick as the person who wrote the controversial email (as shared by Kotaku) sent to employees saying California's initial lawsuit contained "factually incorrect, old and out of context stories". The information states he ordered Fran Townsend, a controversial female senior executive and former Bush administration official, to send it out to workers, where she garnered heavy criticism from employees and fans on social media. Kotick himself described the message as "tone deaf". Townsend later resigned as the head of the Activision Blizzard Women’s Network.

Furthermore, an internal email by Jen Oneal, Blizzard’s first female co-lead who announced her resignation earlier this month, revealed her lack of faith in Activision’s leadership to correct its culture issues. Oneal, along with former Bioware lead Mike Ybarra, assumed co-leadership of Blizzard following the resignation of former president J. Allen Brack in August. Oneal will depart Blizzard by the end of the year, which will give Ybarra full leadership of the studio.

In light of this report, Activision Blizzard employees have staged an impromptu walkout today while calling on Kotick to resign as CEO. The Washington Post states this includes physical walkouts and remote employees refusing to work. The group also demands that the employees be allowed to appoint a third party to investigate the company. The walkout, which reportedly began at 12:00 p.m. Pacific time in front of Blizzard's Irvine California headquarters, is estimated to include over 100 people. This marks the second company walkout in just four months.

Activision’s board of directors has issued a response to WSJ’s report, which you can read in full here. It opens with the following:

“The Activision Blizzard Board remains committed to the goal of making Activision Blizzard the most welcoming and inclusive company in the industry. Under Bobby Kotick's leadership the Company is already implementing industry leading changes including a zero tolerance harassment policy, a dedication to achieving significant increases to the percentages of women and non-binary people in our workforce and significant internal and external investments to accelerate opportunities for diverse talent. The Board remains confident that Bobby Kotick appropriately addressed workplace issues brought to his attention. The goals we have set for ourselves are both critical and ambitious. The Board remains confident in Bobby Kotick's leadership, commitment and ability to achieve these goals.”

This is a developing story and we will keep you updated as more information comes to light.

If any employees at Activision Blizzard or its many studios would like to speak with Game Informer about today's report, share their own stories, or speak about what changes they would like to see within the company, you can reach out to the reporter of this piece via email: MarcusStewart@gameinformer.com. You can also reach out to senior associate editor Blake Hester via email: BlakeHester@gameinformer.com. Hester can also be reached confidentially via Signal. Direct message him on Twitter for his Signal number. Game Informer can guarantee anonymity to anyone requesting in exchange for telling their stories.