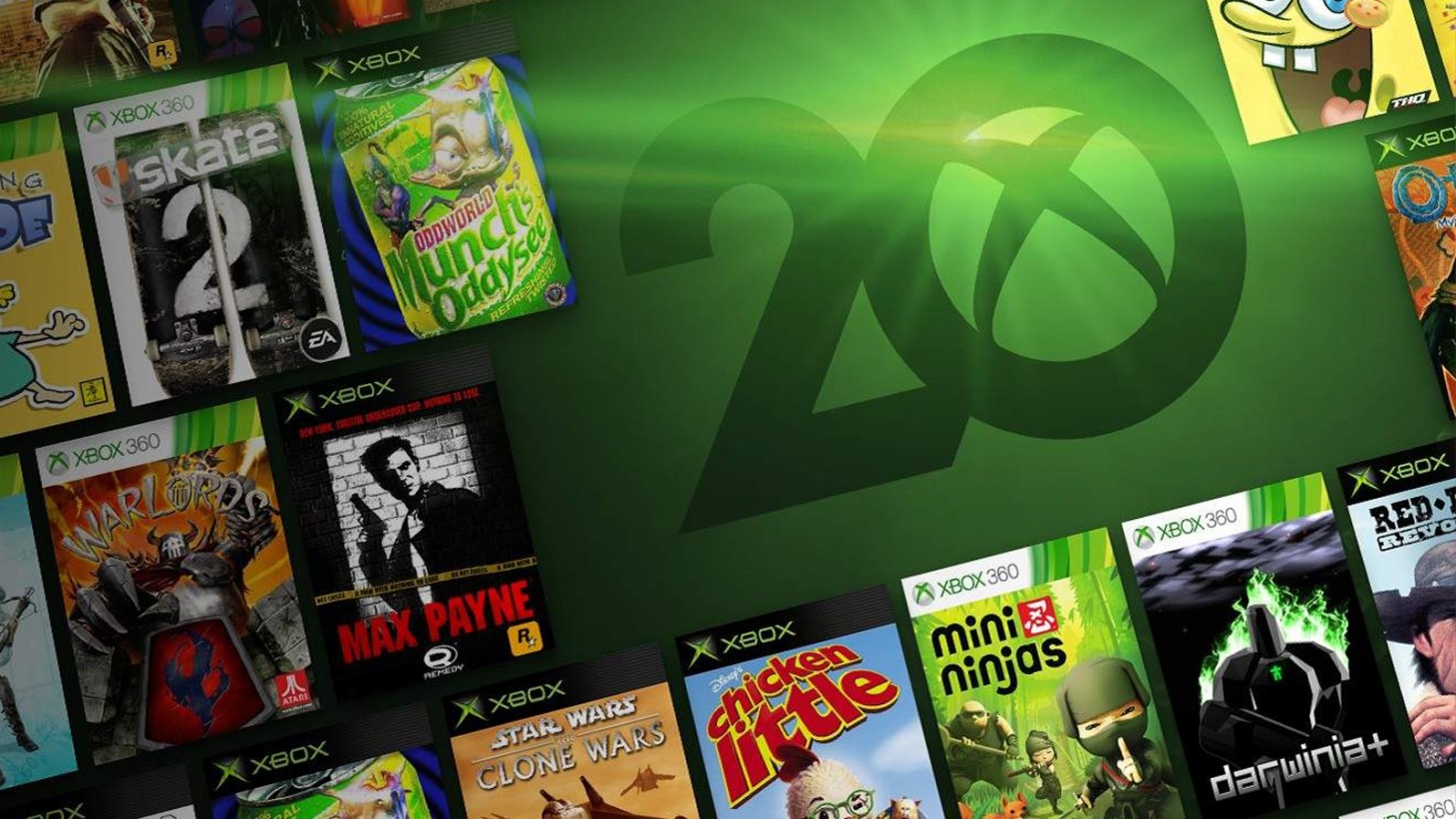 Update 11/15/2021: The newest batch of Backwards Compatible games will also be the last. In the Xbox Wire post detailing these classic additions, Xbox compatibility program lead Peggy Lo wrote about ending the preservation service, stating the newly added 70+ games are the "latest and final addition." She goes on to describe the current hurdles for adding any other games to the back-compat list, saying, "While we continue to stay focused on preserving and enhancing the art form of games, we have reached the limit of our ability to bring new games to the catalog from the past due to licensing, legal and technical constraints."

Microsoft is making its first additions to the Xbox backward compatible lineup since the release of Xbox Series X/S. Over 70 games are newly playable on Xbox One and Series consoles, including 20+ titles from the original Xbox that turns 20 years old today. 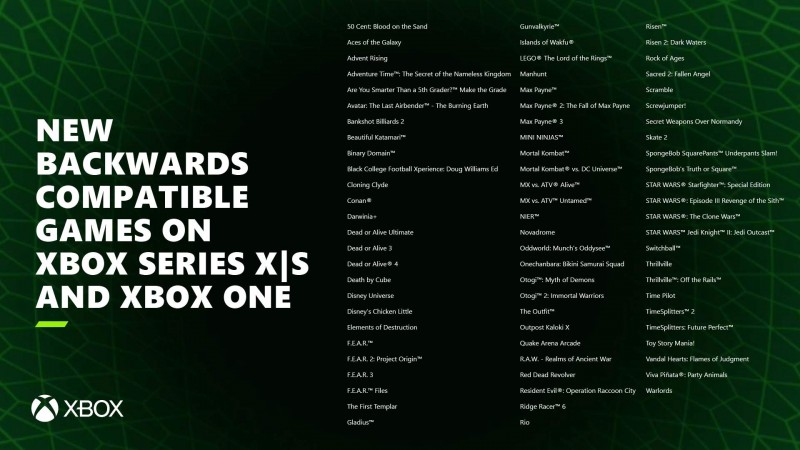 The image above contains all of the newly playable titles from Xbox and Xbox 360, but here are a few standouts from the list:

These games and more can be played today whether you own the games physically or digitally. Of the freshly added games, 11 have FPS Boost enabled with F.E.A.R., F.E.A.R. 3, Binary Domain, and NIER pointed out by Microsoft. On top of that 26 more titles already playable will see FPS upgrades, including Fallout 3, Fallout: New Vegas, Elder Scrolls IV: Oblivion, Dragon Age: Origins, Dead Space 2 and 3, Alan Wake, and Sonic Generations.

What are you going to boot up first from the newly released backward compatibility list? Let us know in the comments!