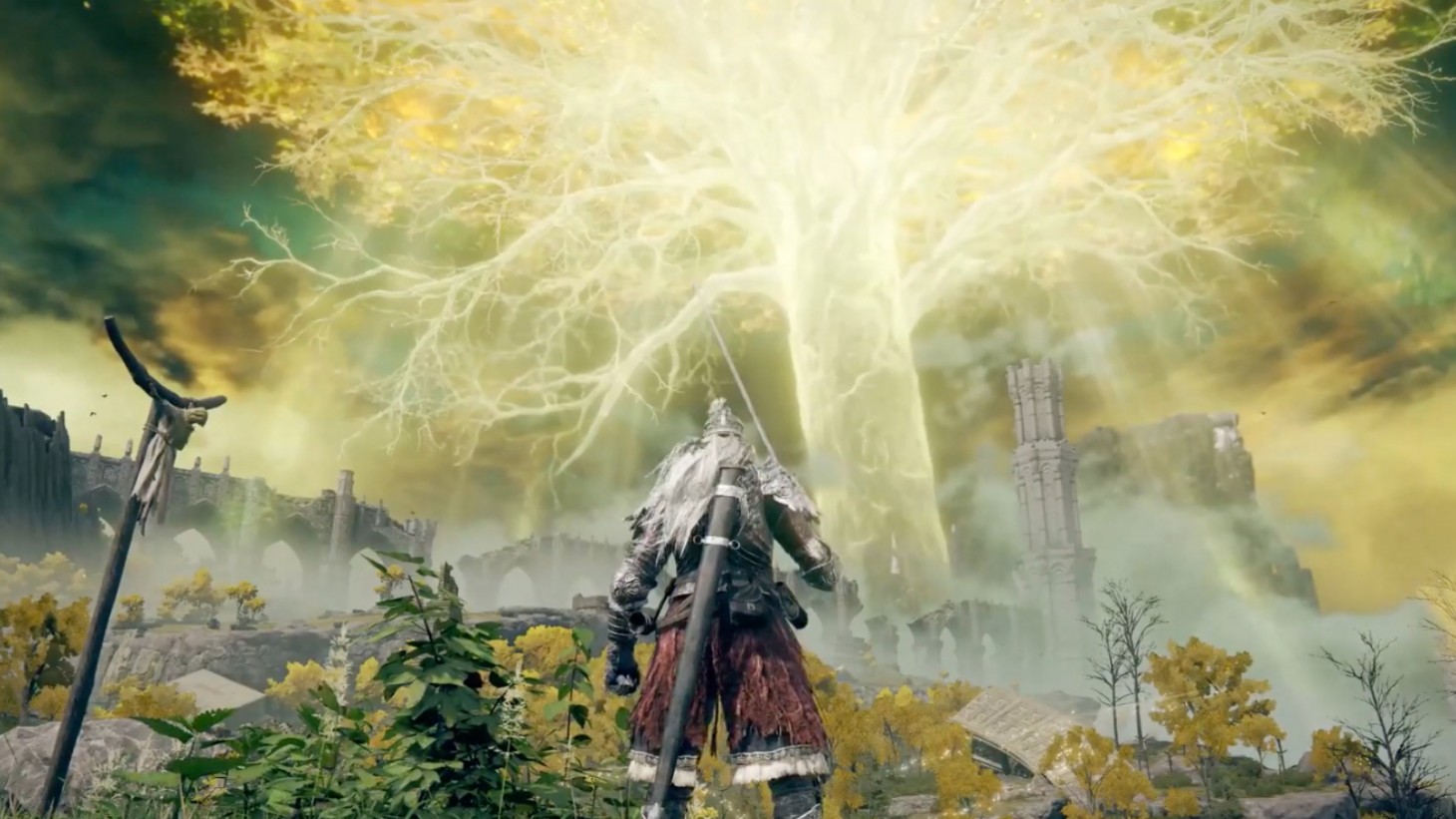 After speculation over a Quality and Performance mode discovered via an Elden Ring purchase listing, FromSoftware has revealed the official specs and compatibility details for the upcoming RPG.

The PlayStation 5 and Xbox Series X versions will be identical – both have a Resolution mode that prioritizes a 4K resolution with a 30 FPS lock, and a Performance mode that will prioritize 60 FPS gameplay with a dynamic resolution that adjusts while playing to ensure the 60 FPS frame rate remains stable. Both new-gen consoles will support raytracing (via patch) and HDR as well.

The Xbox Series S will support resolutions up to 1440p and a 60FPS framerate (via the Performance mode). It also supports HDR, but it won't include raytracing.

On the PlayStation 4 Pro, expect an 1800p resolution, a 30 FPS frame rate, and HDR. The standard PlayStation 4 doesn't support HDR so don't expect it there. You can expect a resolution up to 1080p with 30 FPS, though.

Xbox One X consoles will support up to 4K resolutions, HDR, and a 30 FPS framerate. Xbox One consoles will hit resolutions in Elden Ring up to 900p and a frame rate of 30FPS, but HDR will not be available.

Elden Ring will have a Performance Mode and a Graphics Mode on PlayStation 5 and Xbox Series X, according to the Collector’s Edition listing on GameStop.

First discovered by PushSquare, if you go to the Collector’s Edition listing for Elden Ring on either PS5 or Xbox Series X, you can find all kinds of details about FromSoftware’s upcoming open-world RPG. Under the “Enhanced Experience” section, GameStop’s listing says Elden Ring will have two gameplay modes.

“Using the power of [the] new generation of consoles, [Xbox Series X/S and PS5] will allow players to personalize their experience by choosing between Graphic Mode to enhance the game’s visuals (up to 4K) or Performance Mode for a higher frame rate (up to 60 FPS),” the GameStop listing reads.

If this is true, it would line up with what we’ve seen in other cross-generation titles. Many games releasing on both previous-gen consoles and new-gen consoles feature some kind of quality or graphics mode that focuses more on the resolution and a performance mode that hones in on higher frame rates on PS5 and Xbox Series X/S. Elden Ring featuring these two gameplay modes would make sense.

However, FromSoftware has not officially announced such a thing and right now, the GameStop listing is the only indication that Elden Ring will have two gameplay modes. Hopefully, we’ll learn more about what’s in store for Elden Ring’s gameplay on new-gen consoles soon. Elden Ring hits PlayStation 5, Xbox Series X/S, PlayStation 4, Xbox One, and PC on February 25.

While waiting to learn more, check out the 15 minutes of Elden Ring gameplay FromSoftware released yesterday, and then check out the different editions of it you can pre-order now. Read Game Informer’s breakdown of everything we know about Elden Ring after that.

Which mode will you be playing on? Let us know in the comments below!