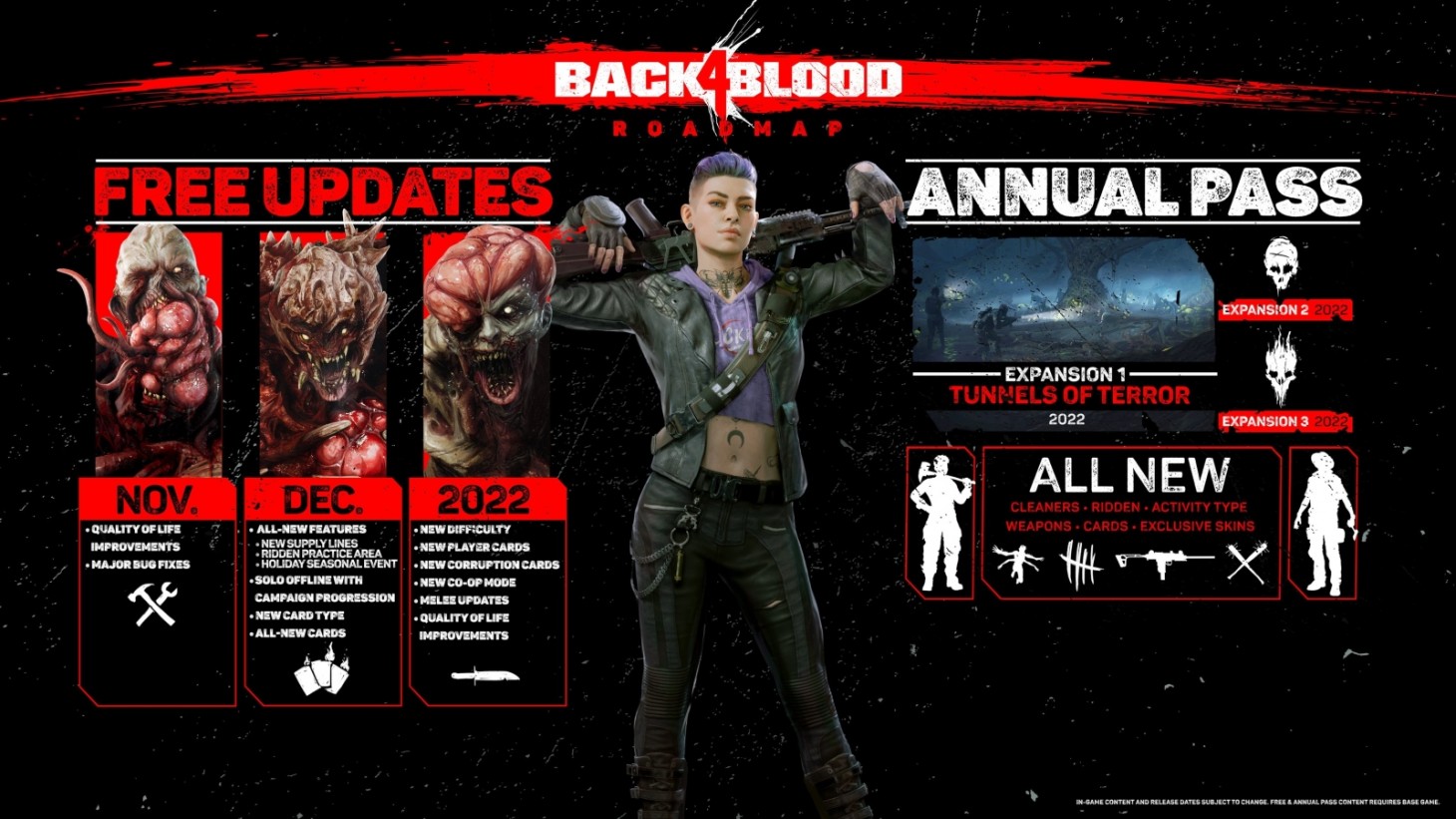 Millions of Back 4 Blood players who have spent the past few weeks running through its gauntlet of horrors ad nausem have new updates to look forward to. Turtle Rock has laid out the content roadmap, which begins in earnest this December and extends into next year.

First and foremost, every update will be free of charge. For lone wolf players, the most welcomed addition is solo offline play and campaign progression. The full content calendar is as follows (which you can also view in the header above):

Turtle Rock also plans to launch Back 4 Blood's first story expansion, titled Tunnels of Terror, in 2022. The expansion is part of the $39.99 Annual Pass and it introduces new playable characters and Ridden, as well as a new activity type, weapons, cards, and exclusive skins. Those who purchase the Annual Pass will receive two future expansions as well. The Annual Pass comes included in the Back 4 Blood Deluxe Edition ($89.99) and Ultimate Edition ($99.99).

For more on Back 4 Blood, be sure to check out our review.