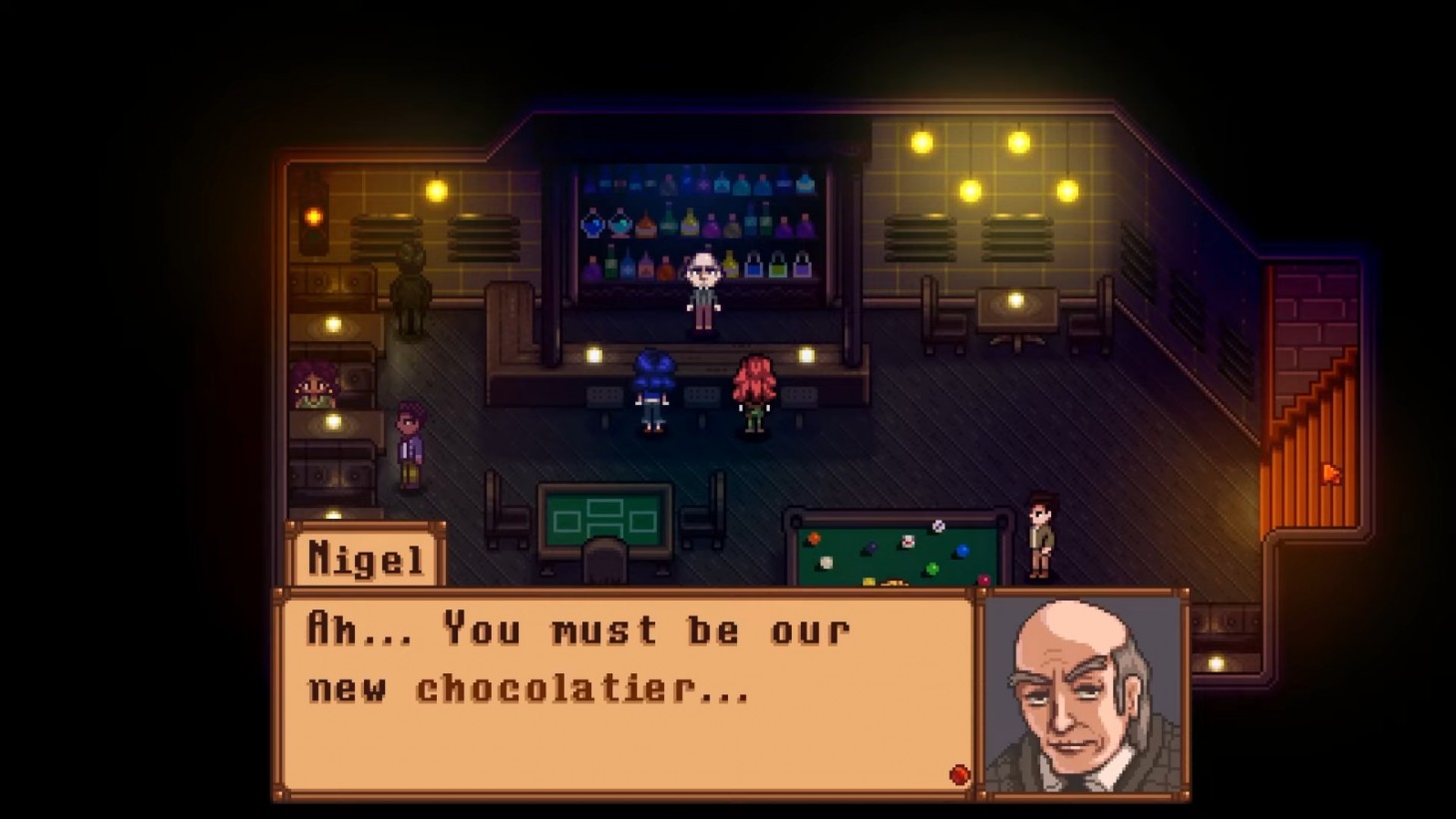 Eric “ConcernedApe” Barone, maker of beloved Stardew Valley, has unveiled his sweet next title. Dubbed ConcernedApe's Haunted Chocolatier, the upcoming game tasks you with running a chocolate shop inside of a castle haunted by ghosts.

The announced trailer offers a vertical slice of what the game entails. It sports a similar presentation to Stardew Valley albeit with a far more fantastical vibe. In a blog outlining the game, Barone states that it's an RPG/Simulation and its core loop involves gathering ingredients, making chocolate, and running your shop. He also stresses that the adventure offers much more than that. In the trailer, we see your character engage in combat (with Barone saying the game has a stronger emphasis on action overall), choice-driven conversations, and hints of a grander, perhaps sinister plot. Barone states he doesn’t want to be handcuffed to any one particular style of game and clarifies that it's a single-player experience. He also says the game shares some gameplay similarities to Stardew Valley, but that it's a mostly different experience overall.

But why chocolate and what’s up with the ghosts? Barone explains it best in his blog by writing:

“Chocolate represents that which is delightful. The haunted castle represents the allure of the unknown. The ghosts represent the imprint of the past. All of these things are important. However, don’t think for a moment that, because this game features ghosts in a haunted castle, it is an evil or negative game. On the contrary, I intend for this game to be positive, uplifting and life-affirming. However, if Stardew Valley mostly channeled the energy of the sun, Haunted Chocolatier channels the energy of the moon. Both are vital.”

While the game looks like it’s far along based on the trailer, ConcernedApe says he only began developing it last year and stresses that he still has “a ton” of work to do and has only worked on the “meat and potatoes” of the game so far. ConcernedApe's Haunted Chocolatier is only confirmed for PC for now and has no release window, so don’t expect to play it for a good while.

Barone has spent 10 years working on Stardew Valley, a title that has earned acclaim, numerous awards, and is making its way to Xbox Game Pass sometime this fall. After his stellar work on that title, we can’t wait to see what this wacky yet charming adventure has in store for fans.