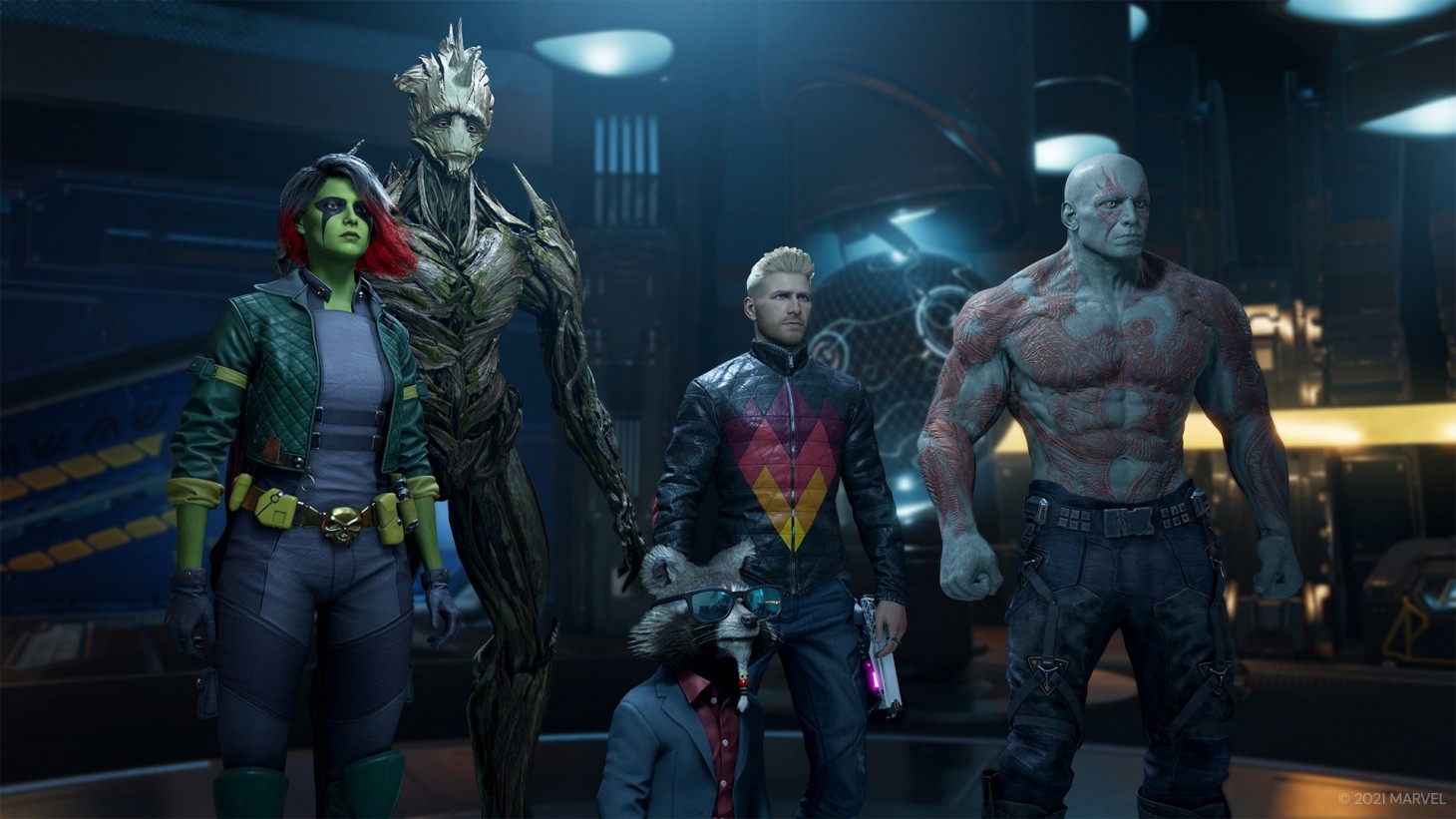 Hey everyone! We wanted to give you an update on the final size of the PC version of the game, which will not be 150GB. The team is in the last stages of optimizing the final game and we can confirm the file size will be approximately 80GB at launch.

Hey everyone! We wanted to give you an update on the final size of the PC version of the game, which will not be 150 GB. The team is in the last stages of optimizing the final game and we can confirm the file size will be approximately 80 GB at launch.

Marvel's Guardians of the Galaxy drops at the end of the month, and a flurry of story/launch trailers has kept excitement levels exceptionally high. The game's Steam page was recently updated to include system requirements information. According to the storage notes, the Guardians are embarking on a journey of truly galactic proportions; the action-adventure title is slated to be a whopping 150GB.

To put that into perspective, Microsoft Flight Simulator – a game that maps/renders the entire world with stellar precision – is 127GB on PC. Hell, Marvel's Guardians of the Galaxy even rivals the likes of Warzone, which sits at 175GB. Knowing how big both those games are on consoles, it's safe to assume that GOTG will also be impressively massive on those platforms. Hopefully, the loading times don't take too much of a hit! If anything, this is probably indicative of the various worlds we'll be exploring.

The upcoming space odyssey follows Star-Lord and his band of alien oddities as they attempt to make a name for themselves (and money) by forging alliances/burning bridges with characters like Cosmo the Spacedog and Lady Hellbender. Even Adam Warlock will enter the fray at some point. Whether he'll emerge as friend or foe remains to be seen. Around the time of our Marvel's GOTG cover reveal, creative director Jean-François Dugas told us, "[The Guardians are] legitimate heroes for hire, but as the game progresses and they discover [the main threat of the game], they will have to become more than a marketing ploy to really save the galaxy from its own demise."

Eidos-Montréal's upcoming foray into the far reaches of space launches for PlayStation 5, Xbox Series X/S, PlayStation 4, Xbox One, Switch, and PC on October 26.

Do you think the download size will somehow be minimized, or are we in for a colossal download come launch day? Where do you think is the reason behind the game's astronomical storage requirement? Drop your thoughts in the comments below!