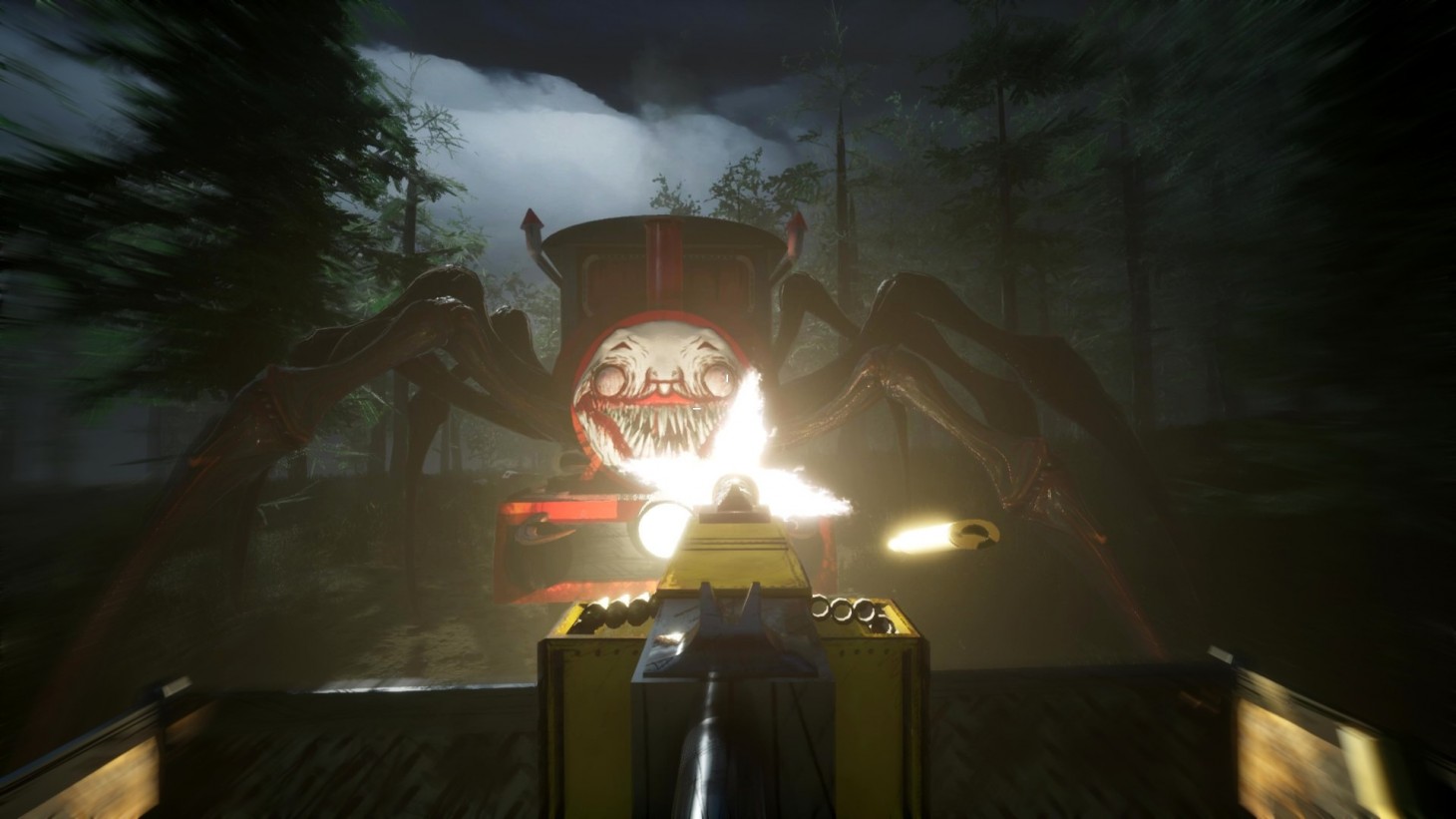 Since the dawn of PC mods, Thomas the Tank Engine’s menacing presence has loomed large in unexpected places – The Elder Scrolls V: Skyrim, Resident Evil Village, even the Mass Effect franchise. With this at the forefront of its mind, one developer set out to create a horror experience all about escaping the clutches of a humanoid locomotive. The helpless player must board their train, reconnect disjointed tracks while traversing a creepy landscape, and fire away at their multi-wheeled pursuer with a mounted minigun. Two Star Games’ Choo-Choo Charles brings our Thomas the Tank Engine nightmares to life.

Choo-Choo Charles’ announcement trailer (seen above) is brimming with random encounters and intense shootouts. The locals of this shadowy island want you to defeat the monster roaming the wilderness. While completing side quests for various NPCs and collecting scraps to upgrade the speed, defenses, and firepower of your tiny yellow train, you’ll go head-to-head with Choo-Choo Charles himself. The creature’s distorted face emphasizes its rows of Pennywise-inspired teeth, and its spider legs help it close long distances in no time at all. Be careful while on your journey; you’ll have your work cut out for you.

The open-world is enormous, touting rain-damp deserts, swampy, low-lit bayous, and more. While on foot, you’re more vulnerable than ever, so you’ll have to sneak past Charles while also completing various objectives to progress the story. But when the hulking man-faced monstrosity spots you, the race for survival is on. When you’ve amassed enough materials to honestly give Charles a run for his (its?) money, you can toot your horn and challenge the evil entity in a fight to the death.

Choo-Choo Charles releases in the first quarter of 2022 on PC.

Are you just as terrified (and genuinely intrigued) as I am? Drop those trailer reactions down below!