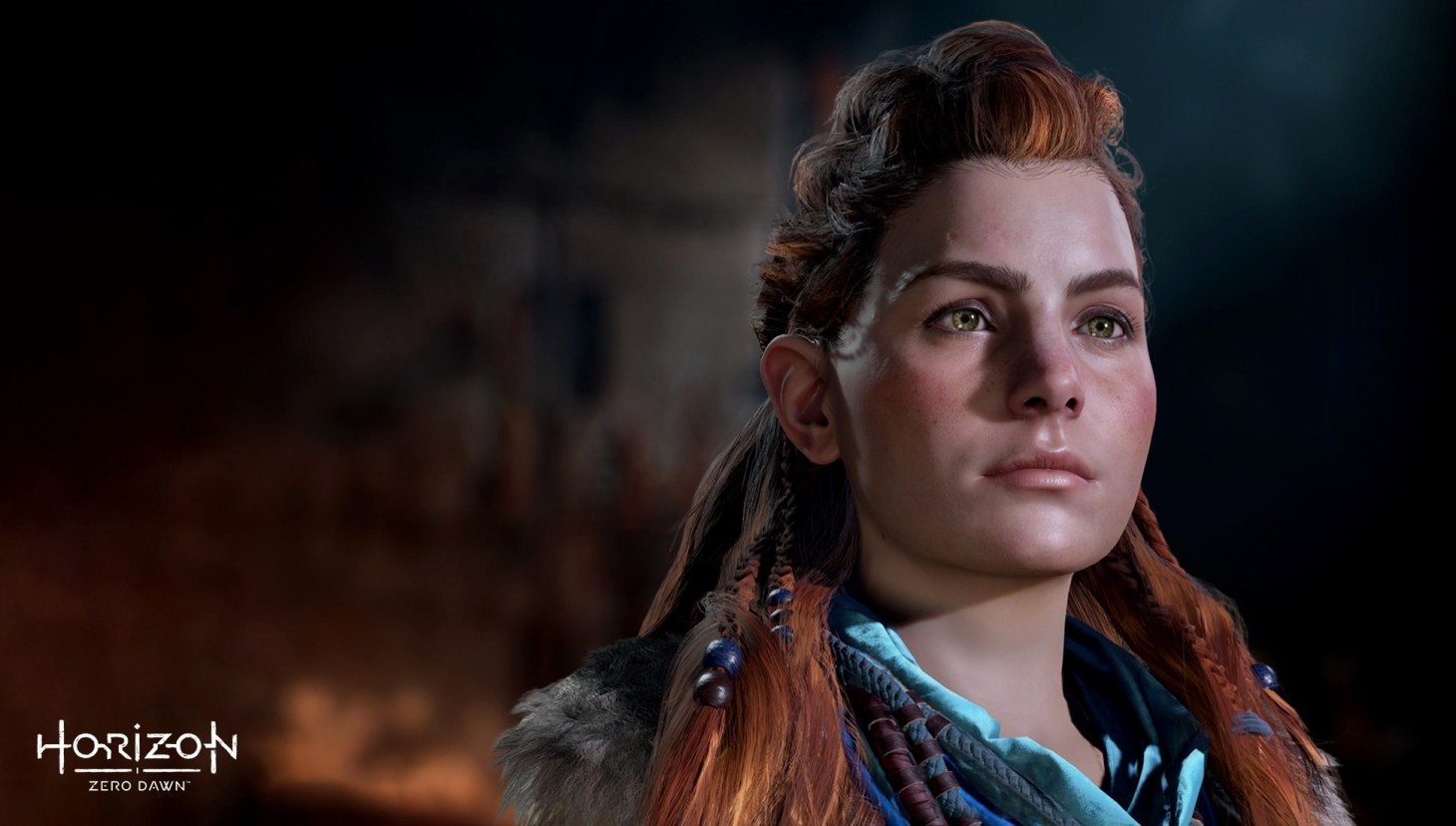 I remember watching that extensive Horizon Forbidden West trailer that premiered during May’s Sony State of Play. There were a ton of new mechanics and equipment that made an appearance during Aloy’s intense neo-San Francisco trek. The sequel to Zero Dawn looks to be a next-gen visual milestone, and Guerrilla Games’ various designers – from director Ben McCaw to lead character artist Bastien Ramisse – have reiterated this goal. More importantly, Horizon Forbidden West’s heroine, Aloy, is back, and she’s more dynamic/life-like than ever before.

In a long-form post on the official PlayStation Blog, McCaw talked about Aloy’s journey from social/cultural outcast to legendary machine hunter as well as her new role in the upcoming game:

“Born and raised as an outcast, Aloy has a unique perspective on the world,” McCaw states. “She is deeply compassionate towards those who suffer, and highly driven to punish powerful oppressors. Although she has made many friends during her adventures, she still feels like an outsider, and the truth is, she has no real home. These aspects of her character will be explored in-depth as she ventures into the mysterious frontier of the Forbidden West.”

McCaw also briefly mentioned that Aloy’s nimbleness and elusiveness have also returned. There’s also a newfound depth to Forbidden West’s combat that comes with traversal tools like the “Pullcaster” and “Shieldwing” (I’m a big fan of the latter!):

“Multiple teams have invested countless hours in her every aspect: her combat moves, her animations, her gear, her hair, and her dialogue,” McCaw says enthusiastically. “Not to mention Ashly Burch’s inspired voice performance. All of this effort makes Aloy feel real. It also makes her a great fit for all kinds of players: those who want to fight, to explore, to engage with tribes and NPCs, or simply to just take in her presence in a beautiful world. So many people work hard to make all this possible.”

This wholistic, teamwork approach becomes even more apparent when Ramisse chimes in about the heightened details of Aloy and the world itself. Of course, the PlayStation 5’s technology plays a big part in bolstering Guerrilla Games’ powerful in-house engine. Still, the visual design teams continue to dedicate their resources to pushing the realism and character model quality even further. You can see that in the small gallery of Aloy’s facial features above – I mean, you can literally see the peach fuzz along her cheeks and jawline!

“From an artistic point of view, Horizon Forbidden West really stands on the shoulders of a successfully established design foundation in Horizon Zero Dawn,” Bastien continues. “The most noticeable differences and improvements for Aloy in terms of technology is the push of facial and body capture accuracy, allowing more realistic shapes and surface details on characters as well as the careful increase of polygon density to capture handmade and used outfits.”

Are you excited about the new and improved visuals/systems in Horizon Forbidden West? 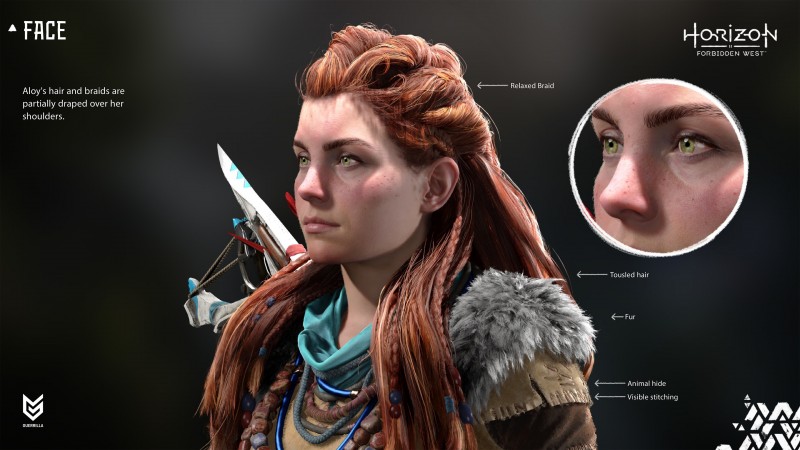 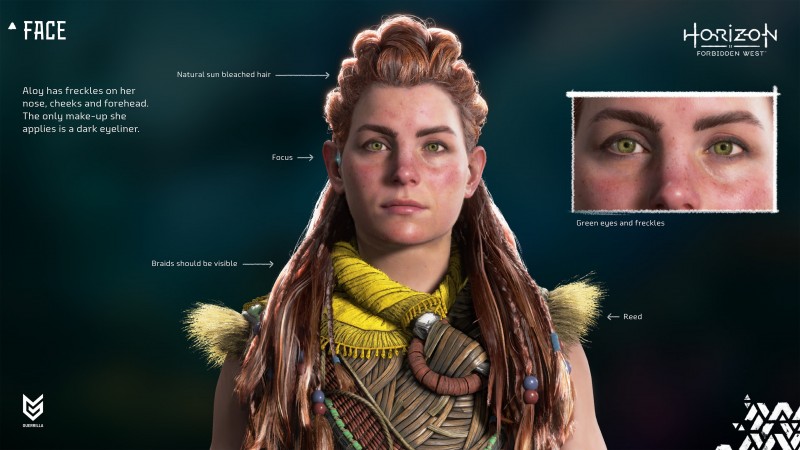