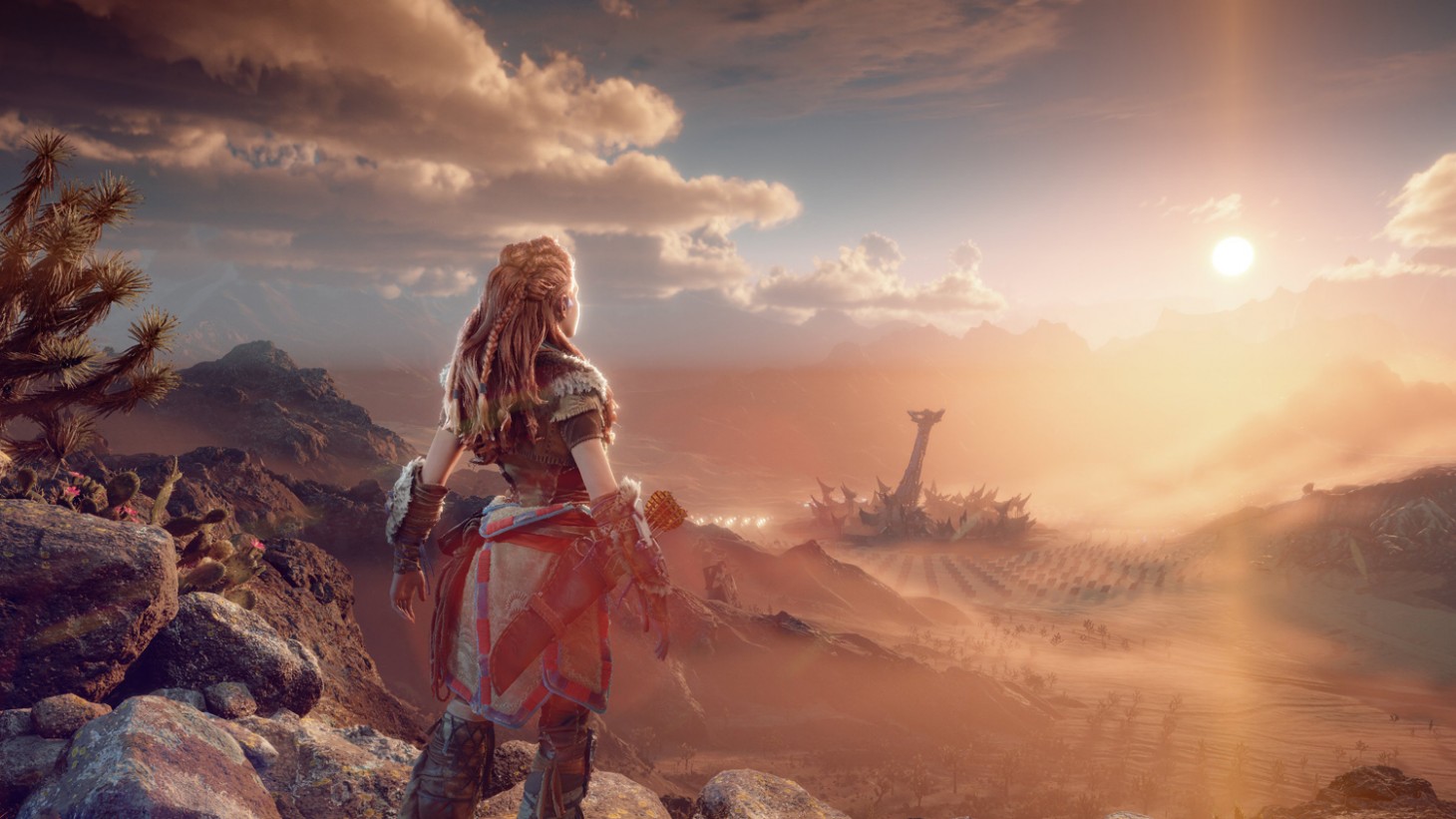 Everything New In Horizon Forbidden West

The State of Play that premiered today was all about Horizon Forbidden West, the stunning and highly-anticipated sequel to Horizon Zero Dawn. Gameplay footage provided us with some bombastic insight into Aloy’s new mission, her futuristic gear, and the environment that she’ll be navigating. In case you missed the extensive clip that was shown earlier today, here’s all the new exciting info that Guerrilla Games has in store for us.

A disease called the Red Blight is poisoning the land. The clock is ticking on when all life will be at the mercy of this spreading plague.  It’s up to Aloy to venture into the wilds and comb through a bevy of dangerous environments – including the San Francisco ruins that were shown during today’s State of Play – to find any technological answers that’ll put an end to the Red Blight. In addition to the monstrous fauna that’ll be skulking each biome, a new tribe with the ability to control machines, much like Aloy herself, will be attempting to thwart your search.

Of course, Aloy will be traversing the world with a bevy of interesting new exploration items. The Focus Scanner can be used to highlight climbing spots otherwise hidden throughout the open-world, while the Pull Caster can be used to speed up the process by catapulting Aloy to great heights. This can be coupled with the Shield Wing - a futuristic umbrella of sorts - that allows Aloy to quickly close distances from above in order to escape violent pursuers, descend from particularly perilous heights, or ambush unsuspecting foes. Finally the Diving Mask presents players with the opportunity to dip beneath the water’s surface for an indefinite period of time to unearth secrets, boost through strong currents, or chart safe pathways away from the watchful eyes of amphibious machines.

Aloy also comes equipped with a spear which can be used at close-range to chain multiple combos. Additionally, you can apply buffs, called surges, to the spear to take down incredibly powerful enemies with amplified attacks. The weapon wheel contains other items like a slingshot that chucks adhesive grenades to temporarily stall hunkering machines.

There are also special arrows that can be used to strip armor and expose weak spots, a launcher that fires explode-on-impact spikes, and smoke bombs to blind enemies and make openings for devastating attacks. Finally, Aloy can retrieve dropped weapons from the battlefield (you can see this towards the end of the gameplay footage) allowing her to turn an adversaries’ firepower back against them. These tools and more can be upgraded at work benches for higher stats.

What did you think of the State of Play? I, for one, was absolutely floored by the next-gen visuals and can’t wait to experience the action up-close whenever Horizon Forbidden West launches. Show your excitement in the comments below!