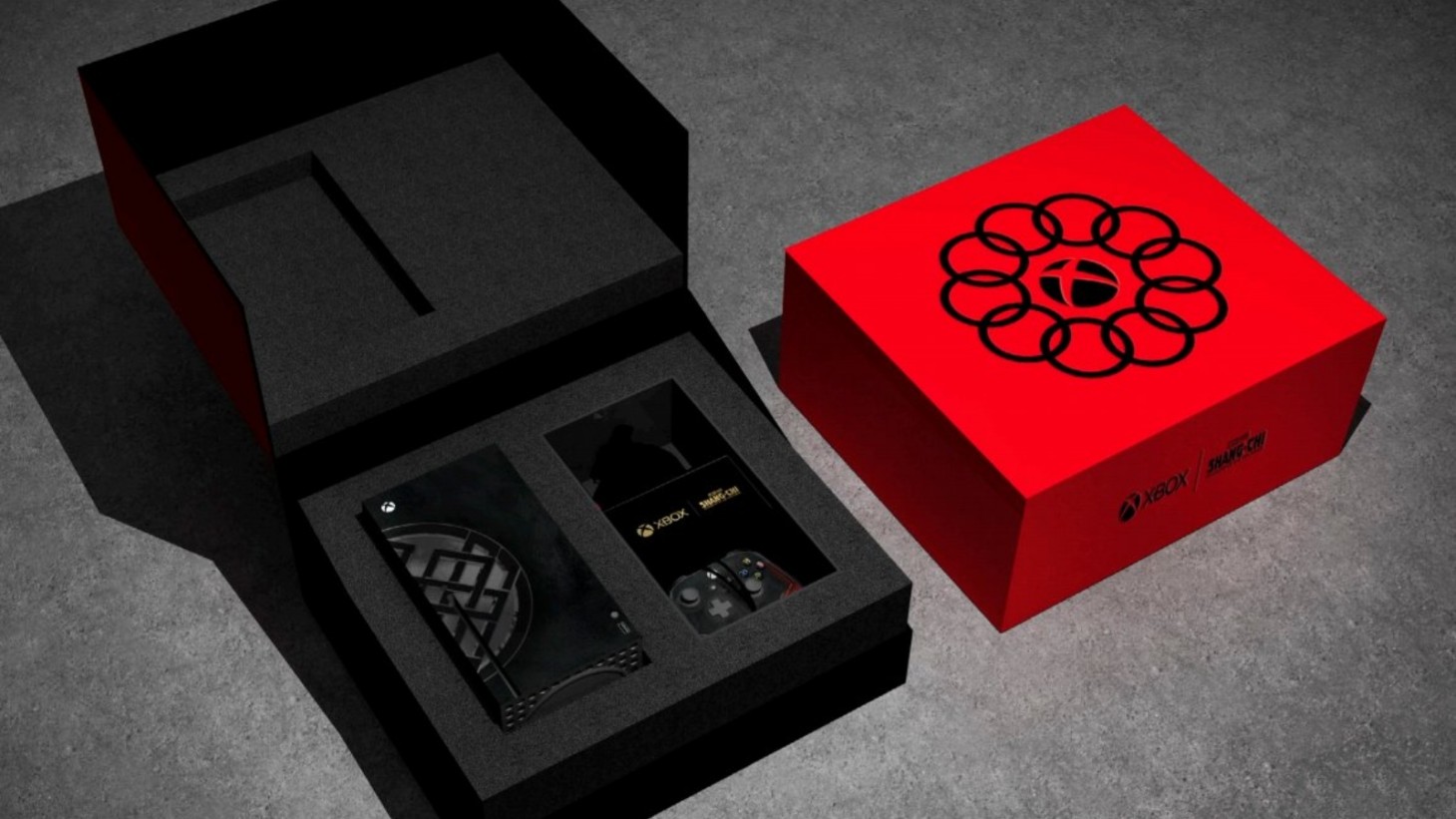 If you enjoyed Marvel Studios’ latest superhero flick Shang-Chi and the Legend of the Ten Rings and have been seeking an Xbox Series X, the stars have aligned for you. Microsoft has partnered up with Marvel to release a custom Ten Rings-themed Series X that you can possibly call your own via a new sweepstakes.

The console comes plastered with art inspired by the film and includes a custom red and black controller modeled after Shang-Chi’s battle suit. It even includes a Marvel Legends Shang-Chi action figure nestled inside of a special pouch. Unfortunately, it does not include ten rings of unfathomable power. The film’s star, actor Simu Liu, shared photos of the console that was sent to him, which I’m sure he’ll be using to play a copious amount of Halo.

Got this custom Ten-Rings-inspired Series X from my friends at #Xbox !! You can’t buy it in stores but you CAN win one. Check out the @XBox Twitter for more details.

To enter, you’ll have to follow the official Xbox Twitter account and retweet #XboxShangChisweepstakes. You’ll also need to be at least 18 years old and reside in one of the many supported regions you can buy an Xbox from. The contest concludes on September 18.

This follows the custom Far Cry 6 Series X the company is also giving away, so you can still sign up to win that if the Shang-Chi console slips through your fingers. Let's hope this collaboration continues and Microsoft produces consoles based on Eternals or Spider-Man: No Way Home. It's never not a good idea to slap a superhero on video game hardware.

What do you think of the Shang-Chi Series X? Will you be entering the contest? Finally, have you been able to check out the movie, and if so what do you think? Share your thoughts and more down in the comments!