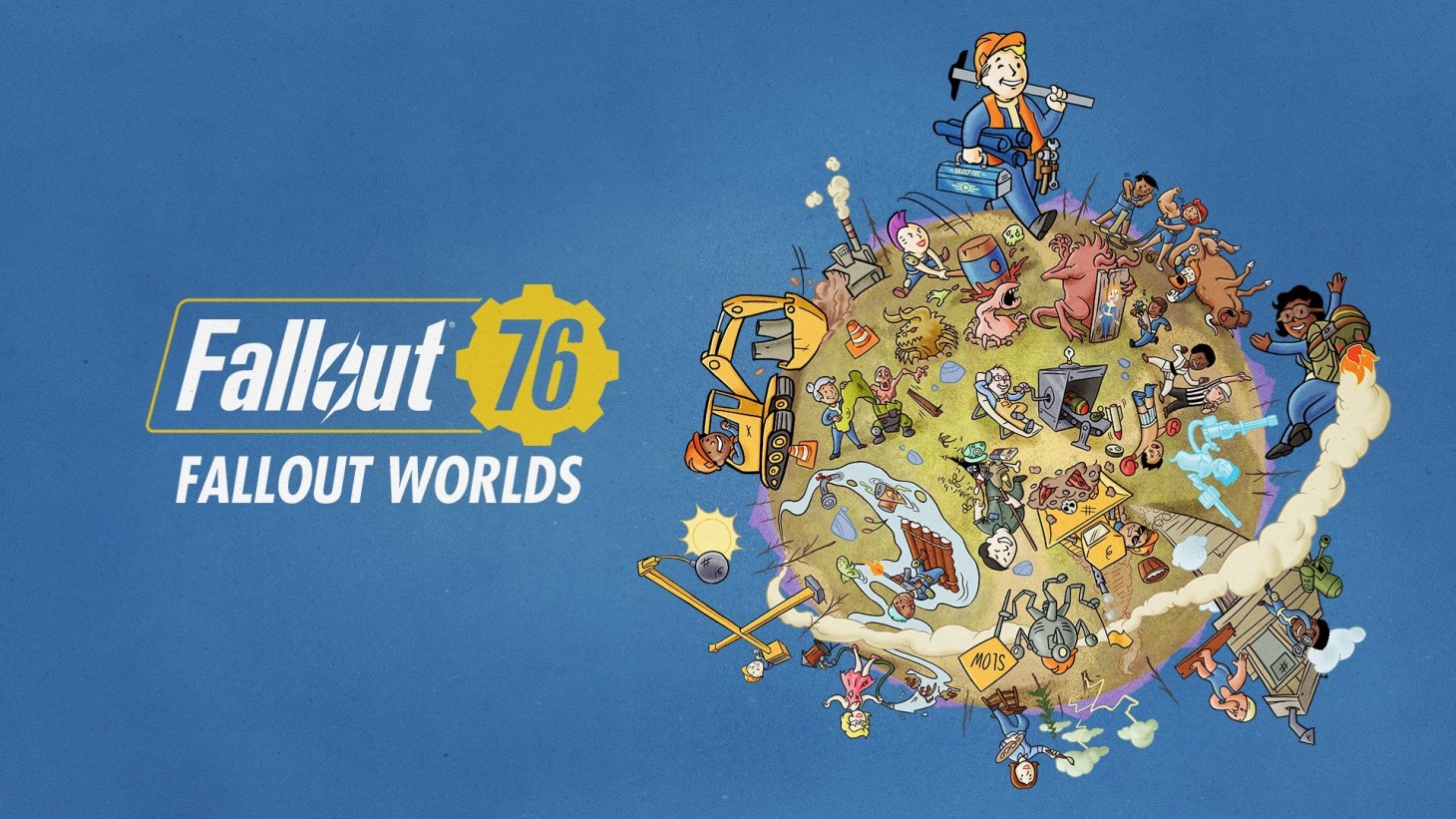 Bethesda's online entry in the Fallout series, Fallout 76, got a fresh update today that introduces a whole new kind of worldbuilding. Players still haunting post-apocalyptic Appalachia can explore Fallout Worlds now, which gives you access to Public Worlds and entirely new options to customize the game around your character. Alongside this update, the team released a meaty launch trailer detailing all the ways you can change Fallout 76's world.

A little over two minutes long, the video is stuffed with useful info, chaotic action, and snazzy tunes. The Fallout Worlds update seems to be taking the trailer's "Your world, your rules" pretty seriously. As shown in the footage, players can now set their camp's budget as high or low as they want, turn on infinite ammo for weapons – and this includes no reloads as well – and send enemies flying sky-high by cranking the ragdoll physics up to "nuclear upward force." To emphasize this last point, the trailer creates a veritable ballet of soaring carcasses for your viewing pleasure.

The video also shows off a glimpse of the new Public Worlds launching in the game, a feature that will let players check out special, Bethesda-created versions of Appalachia. Quantum World is the first to get a spot in the trailer's limelight. In this alternate reality, players will get to experience what Superman feels when he leaps over a building in a single bound. The jump limit is set to its absolute max in Quantum World, and fall damage is turned off, so there won't be any unfortunate side effects to your newfound powers. Additionally, the wildlife will take on a more rad form. There's no weather but Quantum Storm weather here, so expect nuked plants and creatures. Dwellers Must Die and Butcher's Delight also get shown off in the trailer, but it's Happy Builder, the world that gives you more places to build your camp and marks everything on the map as discovered, that is first up in the rotation.

Are you excited to check out Fallout 76's new update? Planning to create your own perfect, post-apocalyptic world? Tell us about it in the comments below!