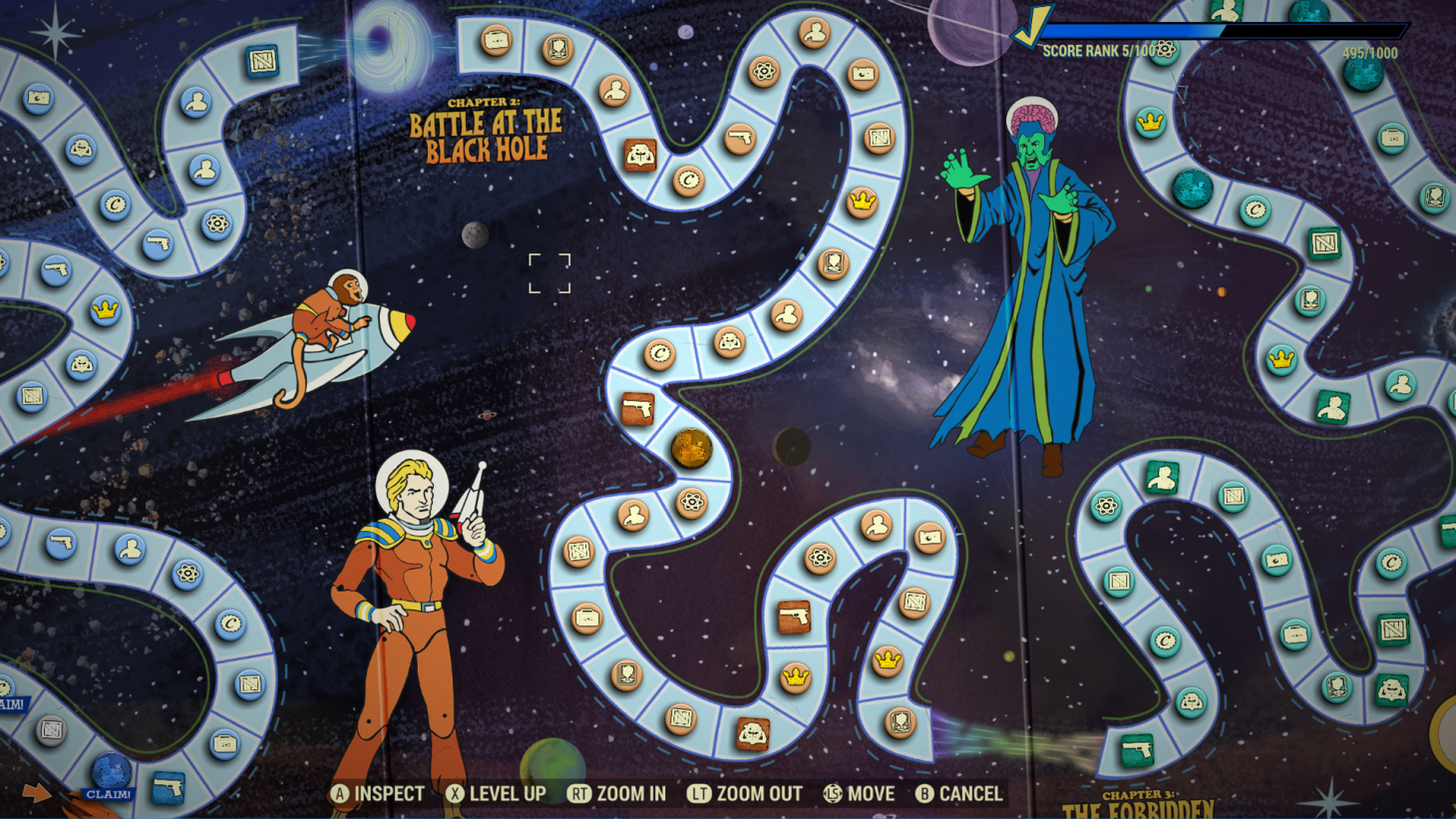 If you thought Bethesda Game Studios was done updating Fallout 76 after the massive Wastelanders expansion, think again. The developer has revealed an extensive roadmap of upcoming content for Fallout 76 that is spread out across all of 2020.

When update 20 hits this summer, players will be greeted by a new season pass-like system. The first one will be free and is designed like a boardgame. You move from space to space as you rank up by accumulating new S.C.O.R.E. points. There are 100 total ranks, each brings a reward like weapon skins, Power Armor paint, Perk Card packs, consumables, Atoms, and more. Many of the S.C.O.R.E. points are tied to activities you may already be doing, like completing public raids or killing legendary beasts. When you hit rank 100, you unlock an end-of-season bundle that consists of Captain Cosmos items, a Jangles the Moon Monkey stein, and a framed version of the game board for your in-game house. Bethesda is eyeing four different "seasons" a year.

In the fall, Bethesda is introducing "One Wasteland for All," an update that rebalances combat and look so that it scales to every player. This means you should be able to see more of the game's content and team up with more people. Players will also run into a new Steel Dawn questline and can take on the second season.

In the winter, the Brotherhood of Steel returns in large new story called Fracture Steel. As the heavily armored warriors march into the wasteland, you'll run into new NPCs who will deliver new quests and potentially become your companions. This update also adds new repeatable missions, the ability to build instanced interiors in your shelter, and perk loads.