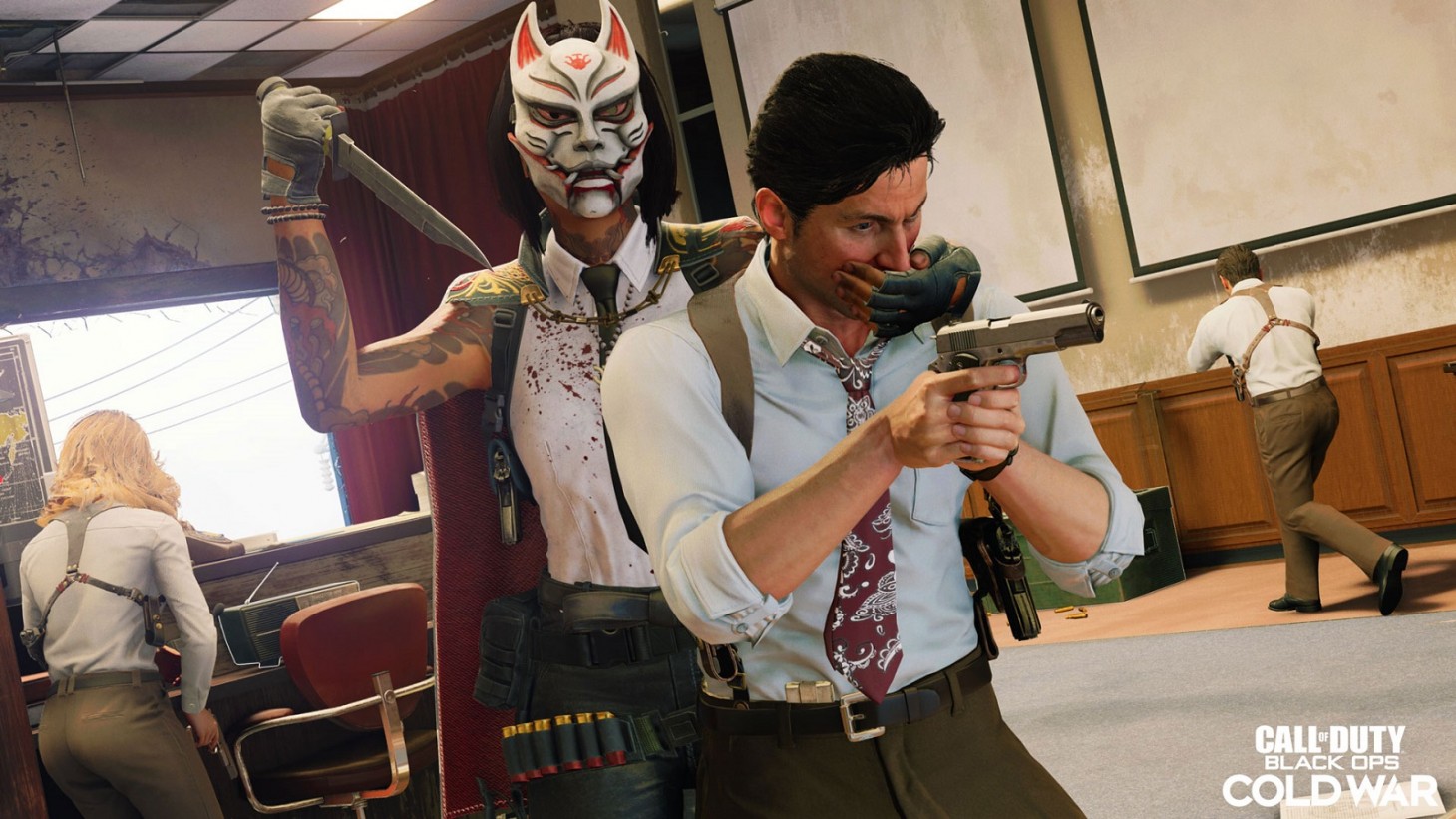 While Call of Duty: Vanguard may have revitalized Call of Duty conversation over the last few weeks, the content engine rolls on strong for Call of Duty: Black Ops Cold War and Warzone. Season 5 is finally here, and with it comes a new Double Agent mode, multiplayer maps, Zombies, and Warzone additions! Let’s break it down.

First, there’s Double Agent mode. Get ready to backstab and betray in this multiplayer party-style experience. Is this Call of Duty’s take on Among Us fever? Not quite, but there’s still plenty of sus to be had. Double Agent features a ten-player lobby in which players take on one of three roles. The titular double agents want to see everyone else dead or blow up explosive sites to see victory. The investigator, well, investigates to try to find the double agents. And the rest of the players are operatives who identify and eliminate the double agents before they win.

Obviously, this type of game mode wouldn’t work well with mini-games and many people standing in a circle accusing each other of being the enemy in a Call of Duty game. Nah, everyone starts with a pistol, and weapons are available all over the map. However, each role has access to different skills and abilities to help them meet their goals. For instance, the investigator can track footprints from a kill location to help identify an enemy or issue a Wanted Order to mark a suspicious player. Yep, you can use voice chat to help identify those wily agents too! I’m sure those conversations will be absolutely chill.

Demolition game mode makes a return. If an investigation isn’t your thing, you can blow up bombsites. Now that’s more like it! Five multiplayer maps head into rotation here as well across the season rollout (not all available at Season launch), including Echelon, Slums, Showroom, Drive-In, and Zoo. Yes, Zoo. You get to battle it out in freaking bear pits, aquariums, and the gift shop. Don’t worry; no animals will be harmed. I hope we get to fight in the penguin areas; those are always the coolest places in any zoo.

Zombies mode is getting a new perk that lets players see enemies, highlighting them with a bright outline perfect for spotting dangerous threats long before they’re chomping your face. A new Outbreak region brings even more variance to the Zombies survival mode (If you’re not familiar with Outbreak, it’s pretty awesome, and yes, it’s a mode within a mode, games are getting very meta these days). Tanks have also been added to Outbreak, so when you really need some extra stopping power, you can mow down an entire legion of zombies with some serious shelling. And if that wasn’t enough, a grapple gun also adds some traversal and speed options for Outbreak players.

And if you aren’t interested in any of that content, Warzone has even more going on. New perks enter the pot with Combat Scout and Tempered. Combat Scout pings enemies and temporarily highlights them, which is a huge edge in combat for the battle royale mode. Tempered lets you get the most out of your armor plates, making them more efficient so that your team will likely have more plates to share so you can go into battle fully prepared. New points of interest and a new Gulag map flesh things out.

Alongside all this, there are new operators, new weapons, and more also on the way. For a full overview of everything hitting in Season 5, check out the official site here. What do you think about Season 5, specifically the Double Agent mode? Let us know in the comments!