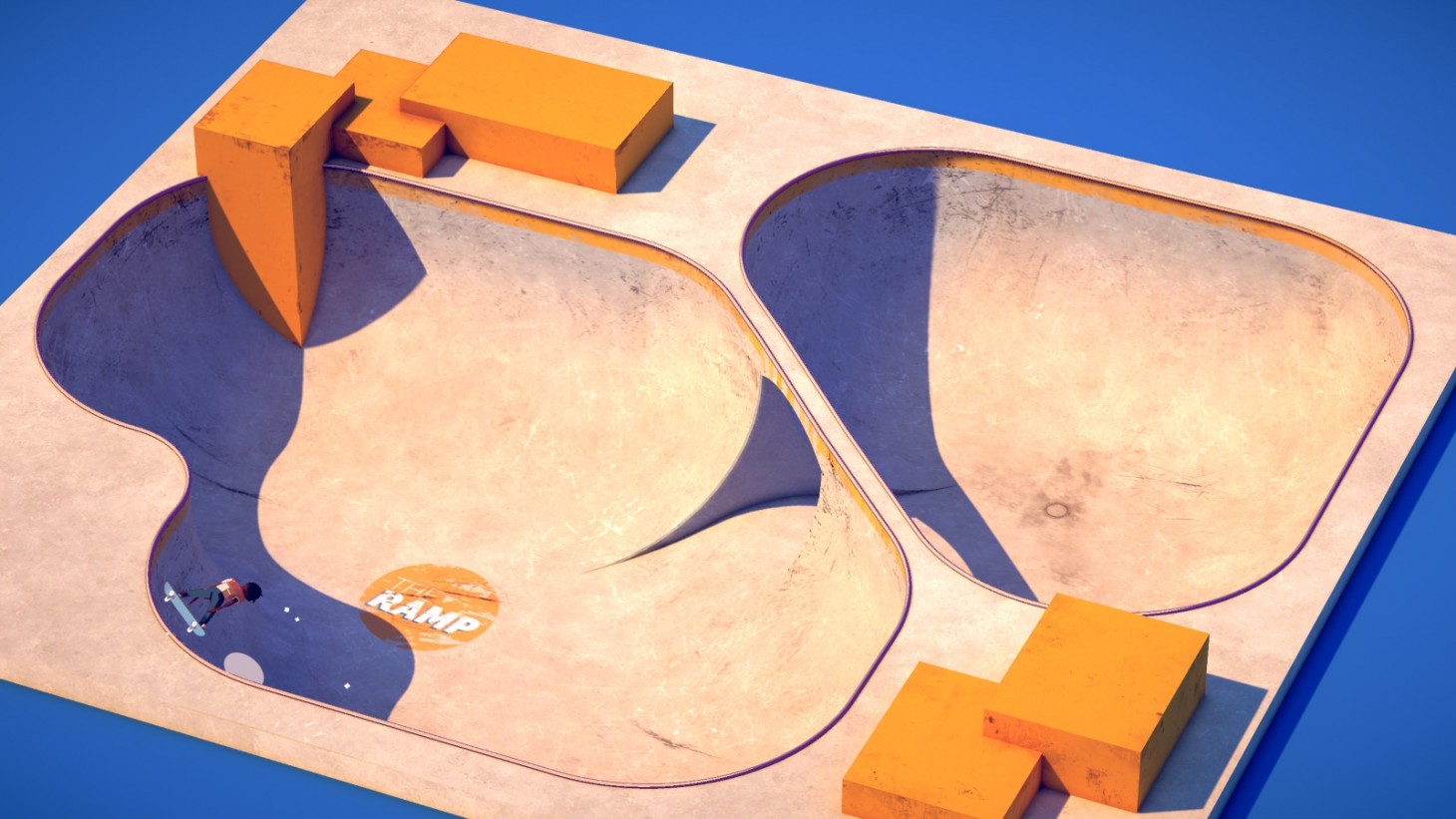 The Ramp Offers A Minimalist, Relaxing Approach To Skateboard Games

Despite what many skateboarding games would have you believe, the real-life sport isn’t all about collecting floating letters, racking up points with an invisible combo system, or leaping over rings of fire and other absurd stunts. It’s just about going with the flow and enjoying the ride. The Ramp, a new skateboarding title coming this August, offers a no frills take on the genre that focuses on the inherent purity and fun that comes from simply skateboarding.

The Ramp is described as a “digital skateboarding toy” by creator and sole developer Paul "Hyperparadise" Schnepf. Hop on your board and pull off tricks while relaxing to a laid-back soundtrack and an overall chill atmosphere. There’s nothing to unlock, you aren’t being scored, and, believe it or not, you don’t kill anything (except maybe any stress you’re carrying). Just mellow out and enjoy the calming art direction and smooth animations. Hyperparadise describes The Ramp's gameplay as easy to grasp but difficult to master, and the game features four levels: a half-pipe, an empty pool, a skate bowl, and, per the title, a towering ramp.

If The Ramp sounds like the perfect compliment to the more challenge-based skateboarding games you’re playing, you can pick it up on Steam when it launches August 3 for $5.99.

Skateboard enthusiasts have been treated to a recent smorgasbord of titles from the arcade stylings of the remasters of Tony Hawk 1 and 2, to the realism of tiles like Session, to the open-world approach of the upcoming OlliOlli World, and several indie games like Skatebird and SkaterXL. The Ramp’s minimalist approach helps it stand out from the pack. Assuming it plays well, I can personally get behind a game that’s all about just skating around and doing tricks in short bursts without any pressure in terms of performance.

What do you think of The Ramp? Do you find its stripped down approach to skateboarding games appealing? Let us know in the comments