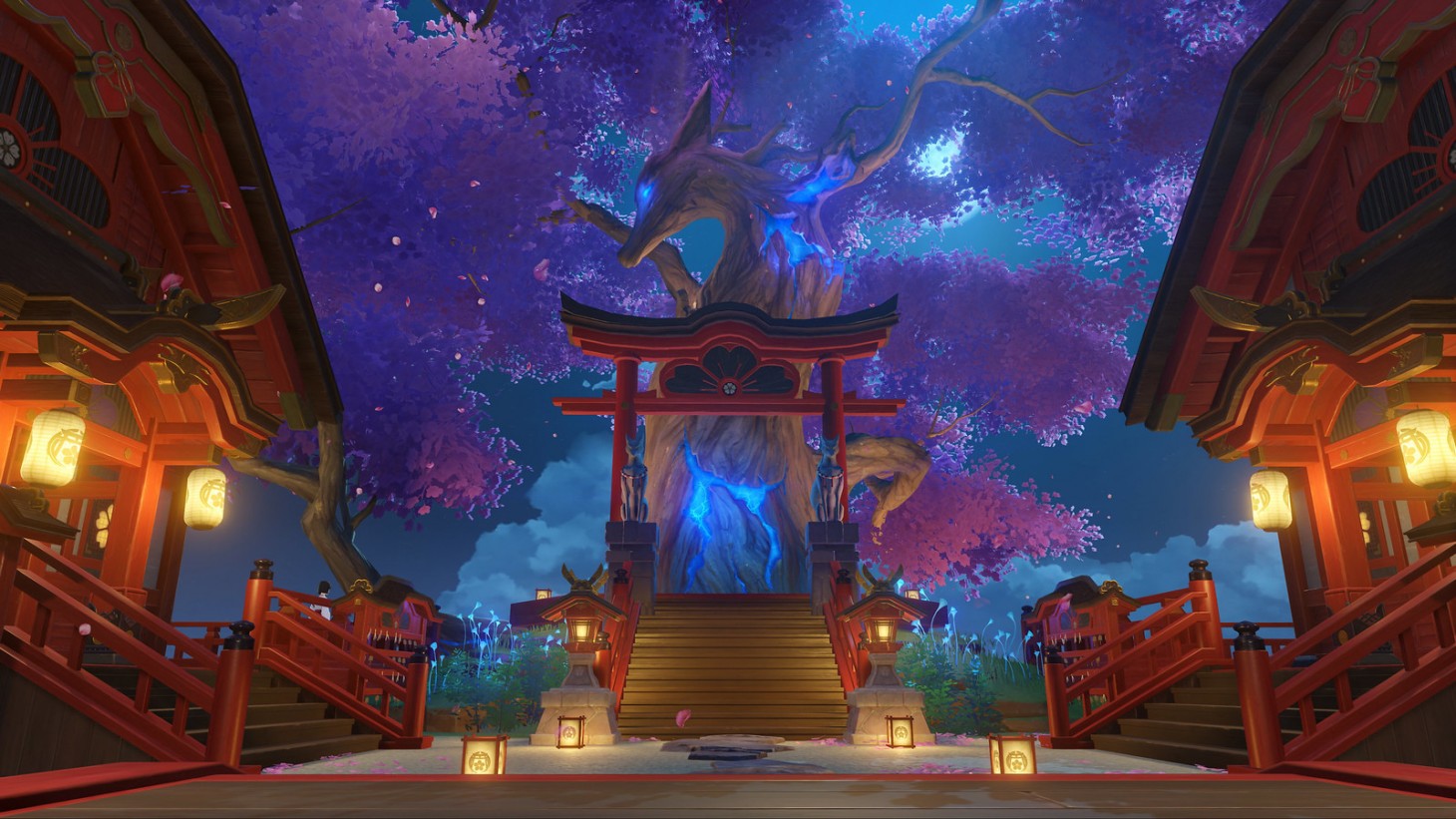 The makers of Genshin Impact jumped from update 1.6 and went right into 2.0, and after seeing the newest updates contents? We're not mad at that decision. MiHoYo revealed update 2.0 in a recent live stream and an accompanying PlayStation post about the new characters, the new island location, and more that players can enjoy.

Genshin Impact 2.0 arrives on July 21. Called The Immovable God and the Eternal Euthymia, studio technical director for Genshin Impact, Zhenzhong Yi, revealed more about what players can expect from the massive content drop on the way later this month. "While Mondstadt believes in freedom and Liyue honors contracts, Inazuma and its ruler, Raiden Shogun, the Electro Archon, pursues eternity," said Yi when revealing more about the new locations. "But what makes the Archon with the power of the fleeting lightning seek eternity? As the story unfolds, this will be a theme that runs through your adventure in Inazuma."

Inazuma is a place that thrives on beauty and offering an ethereal experience for all that travel through. It's also very different than other areas, including the always-sunny Mondstat. Inazuma is powerful in its beauty and strength, but don't expect it to be a walk in the park. The weather here changes at a drop of a hat. You can go from walking in the sunlight to being bombarded by a merciless thunderstorm at just a moment's notice.

When the update drops, players will be able to explore everything Inazuma has to offer, including three of the six main islands and a plethora of islets. The latter three will be released at a later date. Each area has its own unique landscape to explore, including beachside environments and woodland havens. "You may visit the Grand Narukami Shrine and Sacred Sakura on the mountain of Narukami Island or admire the blooming cherry blossoms and the magnificent Tenshukaku where the Shogun resides in Inazuma City. You may also witness the giant skeleton and the palpable aura of the Tatarigami at Yashiori Island, where the Raiden Shogun battled a great serpent, or traverse the desolate coastline where lies the ruins of war at Tatarasuna. You may also find yourself getting lost in the area shrouded in thunderstorms or stumble into huge mysterious underground areas and ruins hidden beneath the sea surface."

The recent live stream and blog post also talked more about the ruler of Inazuma, Electro Archon (which is an awesome name, by the way). As a delightful surprise for someone like me whose favorite color is purple, the entire aesthetic of many of the local species impacted by the Electro element is that perfect shade of beautiful. From peaceful creatures to different foes to encounter, the overall vibe of many aspects of this island reminds me of those chill hip hop lofi beat channels on YouTube, which is great considering how relaxing this game can be at times.

But just because something is pretty doesn't mean it's good. Some of the new bosses are gorgeous, but they still want to kill you where you stand. "New boss enemies will be added to the map for Travelers to challenge and obtain more rewards," said the studio. "The Hypostasis family will see a new Pyro member joining – the Pyro Hypostasis. Strangely enough, the Perpetual Mechanical Array and a few other bizarrely-shaped machines similar to the Ruin Guards in Mondstadt and Liyue will also appear in Inazuma. In addition to the new enemies, after its debut in Version 1.6, Maguu Kenki will also be found as a World Boss and a source for Character Level-Up Materials in Inazuma."

With locations means new adventures. What better way to take on the new storyline than by traveling the world with a new companion. How about three new companions? The studio revealed three new companions that players can get closer to, including Ayaka, Yoimiya, and Sayu; all locals to the Inazuma region.

The studio also confirmed that update 2.0 would allow players to share their progress across PS5, PS4, and all other playable platforms. PlayStation players will also be able to notice new changes to the PS5 experience with more use of the haptic feedback feature and lighting effects. Overall, the upcoming update is a doozy and one that looks like it will bring back those players that may have fallen off of the Genshin train while also being enticing enough to draw in newcomers. 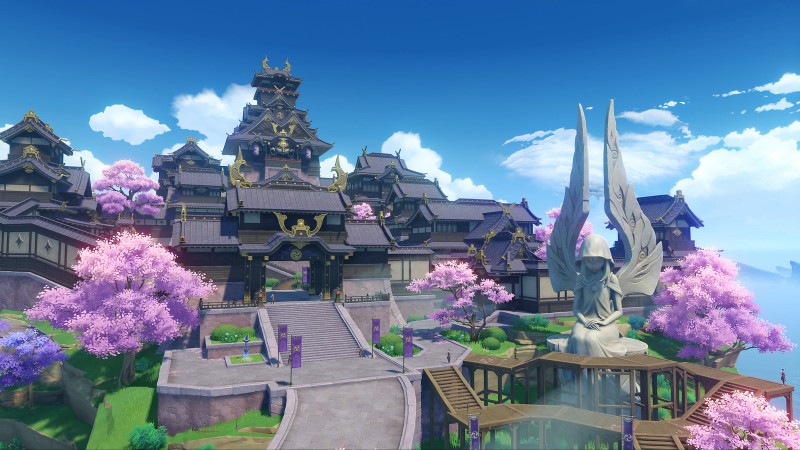 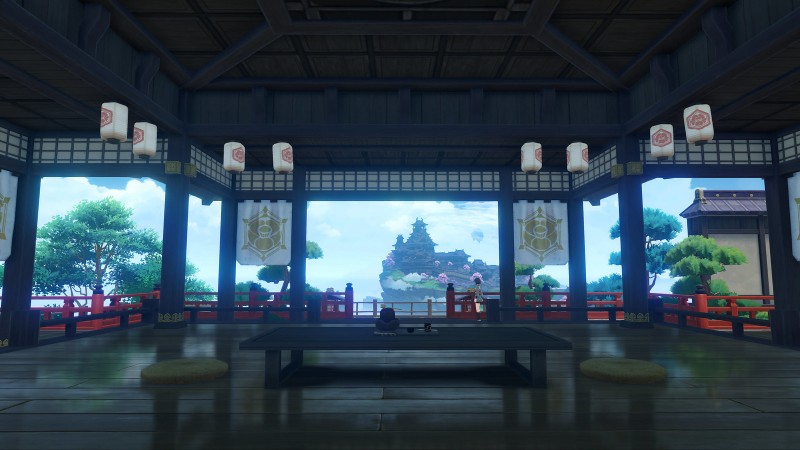 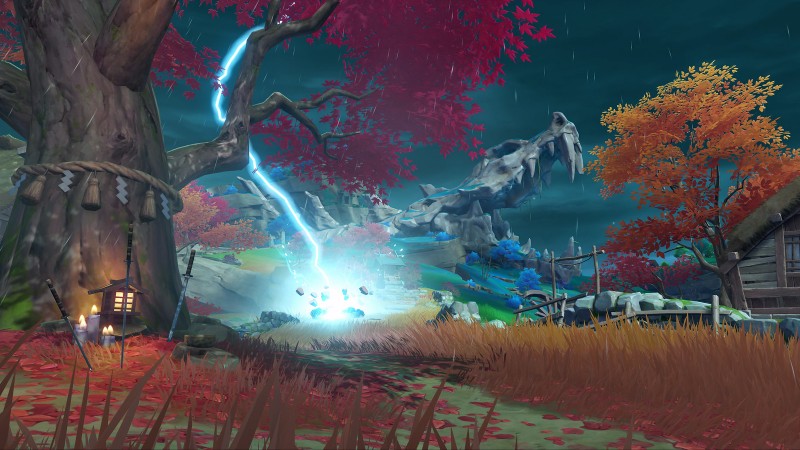 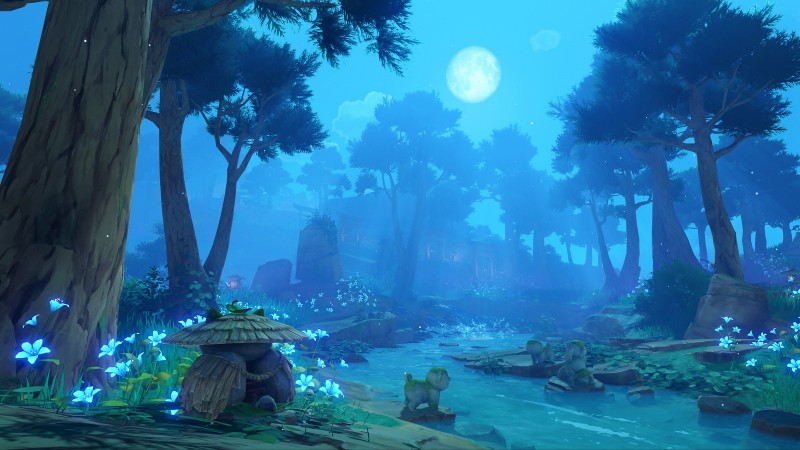 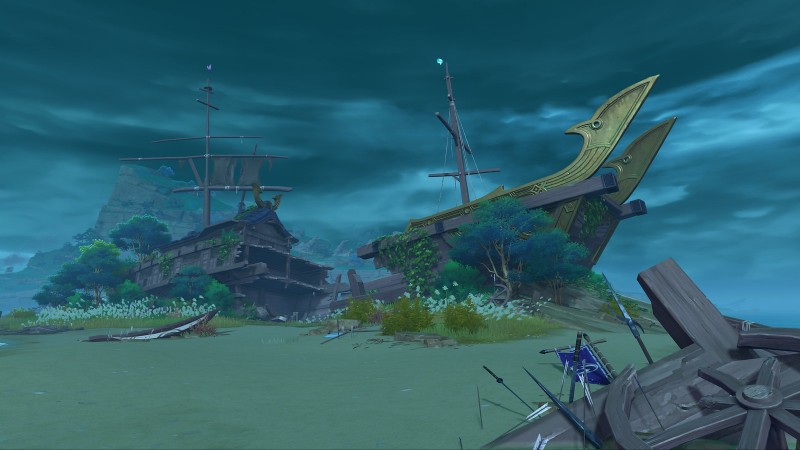 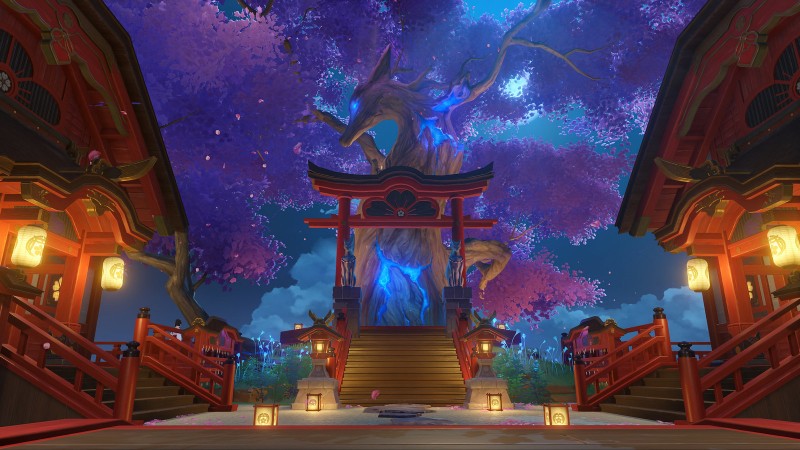 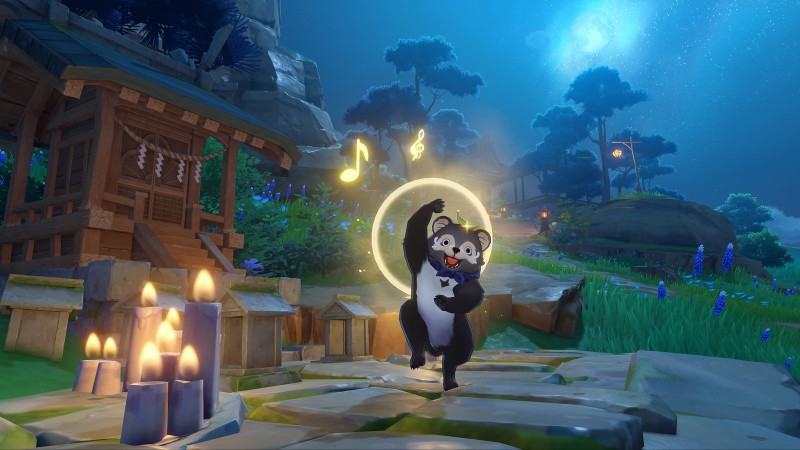 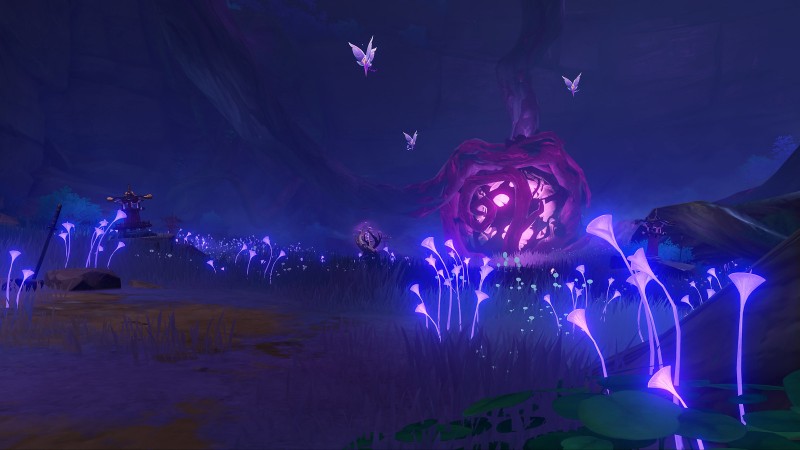 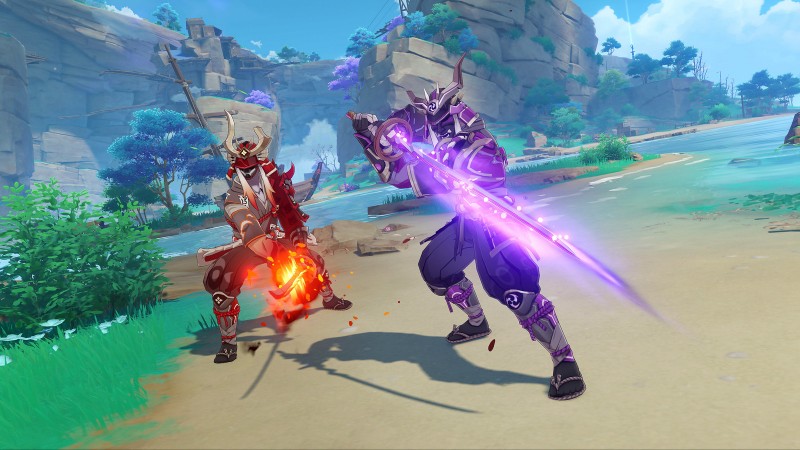 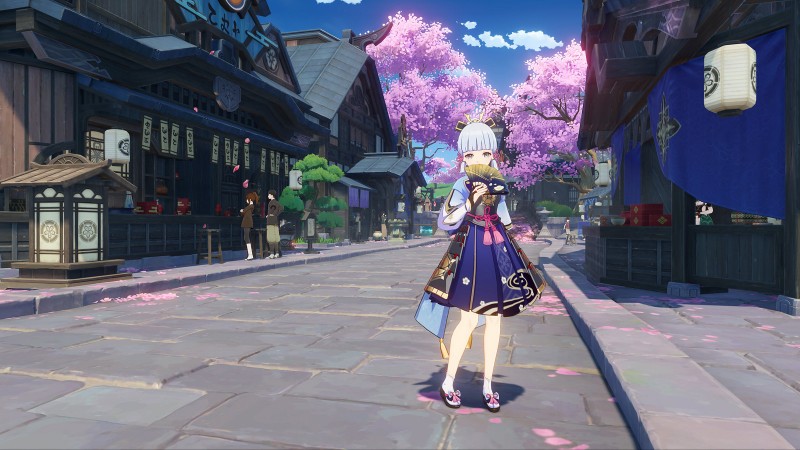 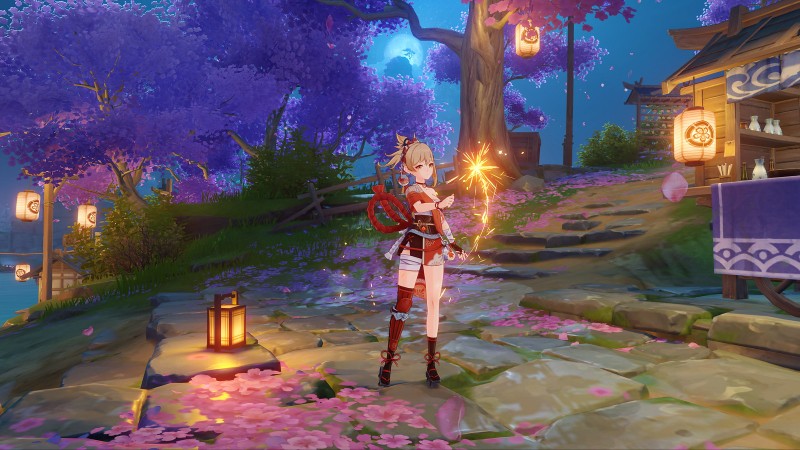 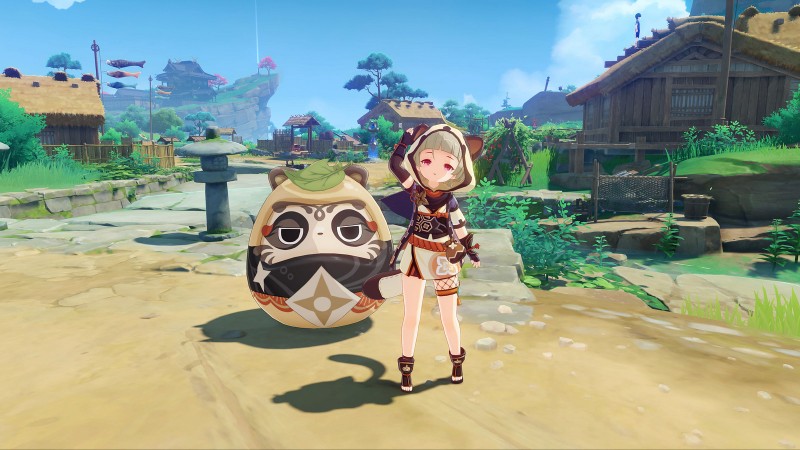