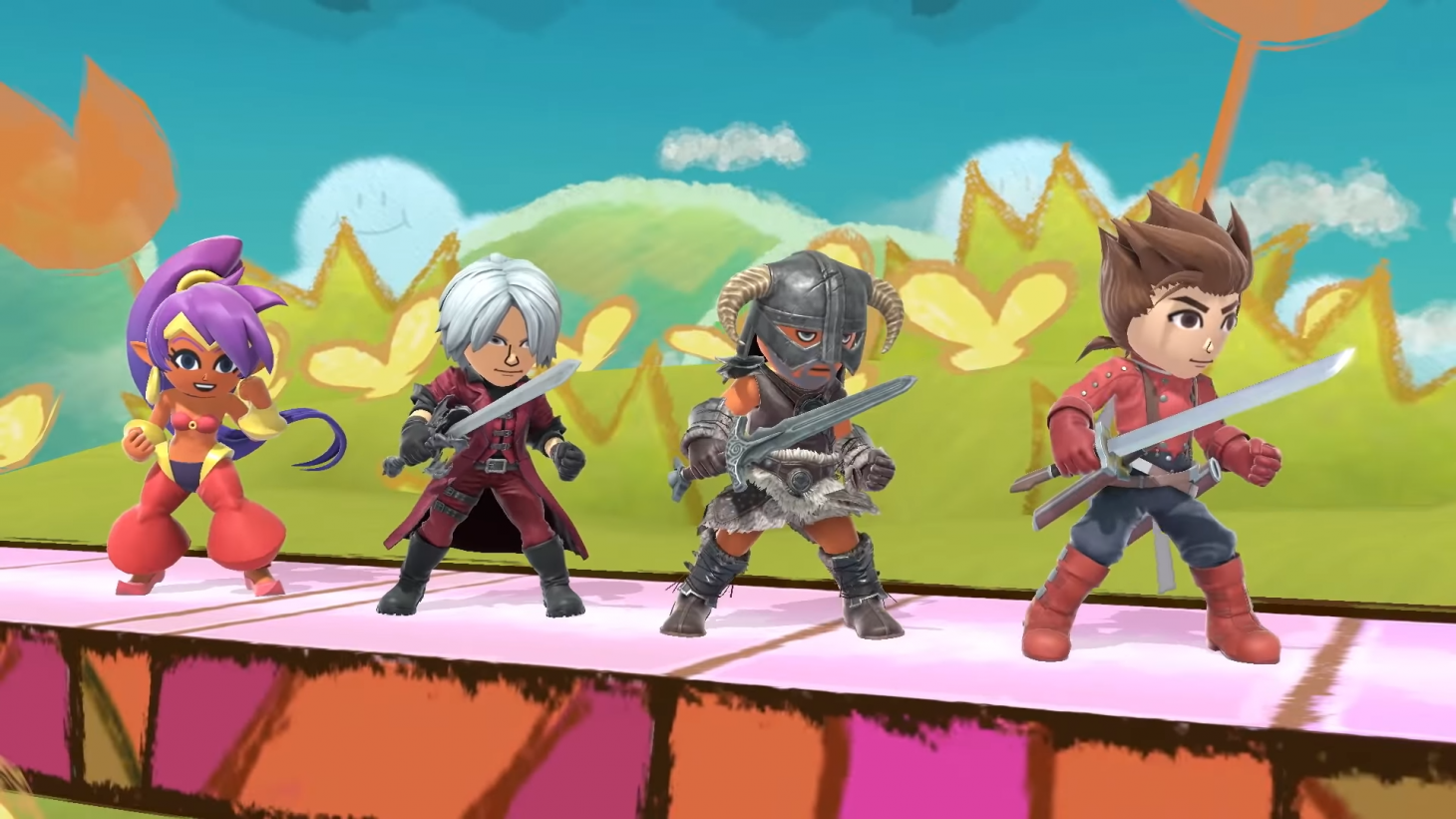 Devil May Cry's Dante Is In Super Smash Bros. Ultimate ... As A Mii Joined By Skyrim's Dovahkiin

Good news! Devil May Cry's Dante is coming to Super Smash Bros. Ultimate. Bad news! The arrival in the Mii Costume form pretty much kills any hope we had that he would be arriving in the roster as a fully playable fighter and not in his current Mii form. Alas, the world is cruel and unkind, but we do have to admit that he looks kind of cute as a chibi Mii character. Dante will be arriving in the Nintendo fighting game alongside Shantae, Tales of Symphonia's Lloyd, and Skyrim's Dovahkiin.

Smash director Masahiro Sakurai presented a closer look at Tekken's Kazuya before his arrival in the game as a playable fighter to kick off a new week. The live stream event ended on the latest Mii costume reveal. It's a long-standing joke in the Smash community that the Mii section of any Smash presentation is the kiss of death. If something arrives in Smash as a Mii, that's a confirmation that the character in its accurate portrayal is Dead On Arrival when it comes to roster addition possibilities. So, with the confirmation of the latest Mii costumes, we both pay homage to Dante and say "fare thee well" at the same time:

Jokes aside, Dante as a Mii is kind of adorable. His costume is accurate to his in-game persona, and the same very much applies to the Skyrim addition, as well. From the iconic helm that has spawned a million memes to the inclusion of Shantae as the third addition, the latest Mii costumes will arrive on June 29, the same day that Kazuya drops. Each costume will retail for $0.75.

Another important takeaway from the latest Super Smash Bros. Ultimate stream event is that the director confirmed that the next character that will be revealed for the game would be the title's last. It's been an incredible run so far, and the latest fighting entry has more than earned its Ultimate name. The latest Super Smash Bros. has been a treat from start to finish, with surprising crossovers and an impressive roster. We can't wait to see what the final character will be.

Thoughts on Dante and the crew joining the game as a Mii costume? What are your predictions for who the last fighter will be? Sound off with your thoughts in the comment section below.