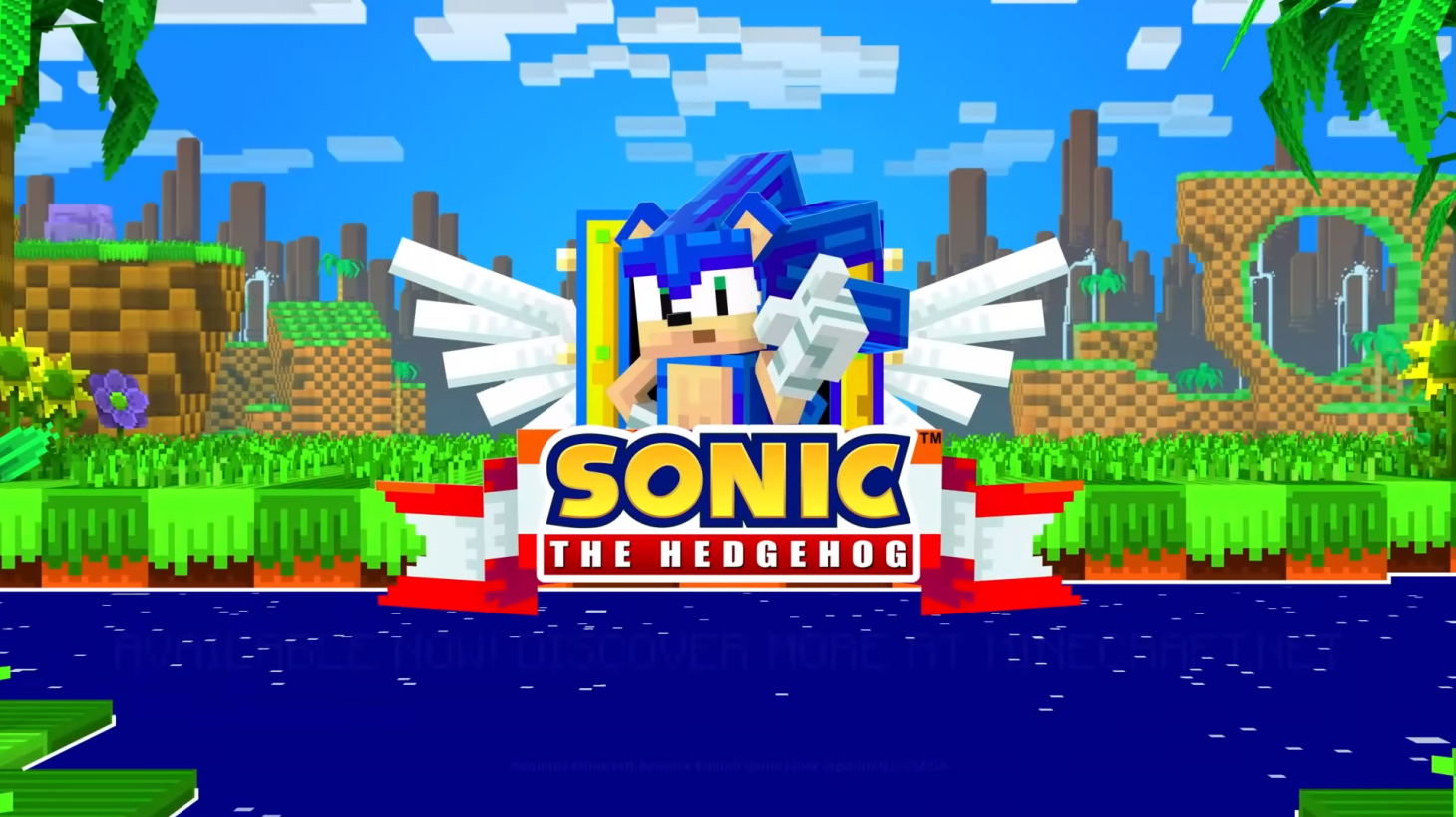 Minecraft Goes Above And Beyond To Celebrate Sonic's 30th Anniversary

Tomorrow is officially the 30-year anniversary of the original Sonic the Hedgehog game, and Mojang is celebrating the blue blur by releasing a Sonic-themed DLC pack for Minecraft. This isn’t just a few skins, but an entire adventure based on the Sega icon’s beginnings.

A trailer announcing the new content shows off what kind of adventures players will go on as Sonic and friends speed through classic zones from the original anthology of games. There’s shots of Tails, Knuckles, Shadow, Amy, and Eggman, all of which are playable with their own special abilities. A flash of Super Sonic and a Chaos Emerald spells out some classic secrets are hidden within this impressively built content. Even a group of chao from Sonic Adventure make an appearance!

The DLC itself contains a hub where you can control Sonic and crew through familiar settings. It starts off in a tutorial teaching the player how to jump, collect (square) rings, and even spin dash. It turns out this is Tail’s Lab, which is filled with items and memorabilia from the series. Sonic can travel through portals within the lab to classic levels like Green Hill Zone; complete with appropriate sound effects, music, and enemies. Everything one would expect from a Sonic game is present in these recreated zones including, most importantly, the speed. Sonic can run through speed boosts, loops, and jump on any Badniks that get in his way. Rings collected in each zone can be spent to purchase more characters to play with or extra lives.

The Hive, a Minecraft mini-game server, is also going to have an upcoming event coinciding with this new Sonic content. The DLC announcement on Minecraft.net has this to say about it: “You can also celebrate Sonic’s birthday by joining the special server event! Starting soon, The Hive are hosting a two-week server-hub takeover featuring mini-games and a few festive surprises. I heard a rumor that something special is happening on one of the weekends, so make sure to check in regularly!”

Mojang certainly brought quite the gift for Sonic fans just in time for the big 3-0. Minecraft’s Sonic the Hedgehog DLC is available today on all platforms supporting the Minecraft Bedrock Edition. Sega is celebrating Sonic's anniversary with a new way to play the Genesis games, and a remaster of Sonic Colors later this year. Our own Brian Shea spoke with Sonic Team's Takashi Iizuka recently about the series and its future.