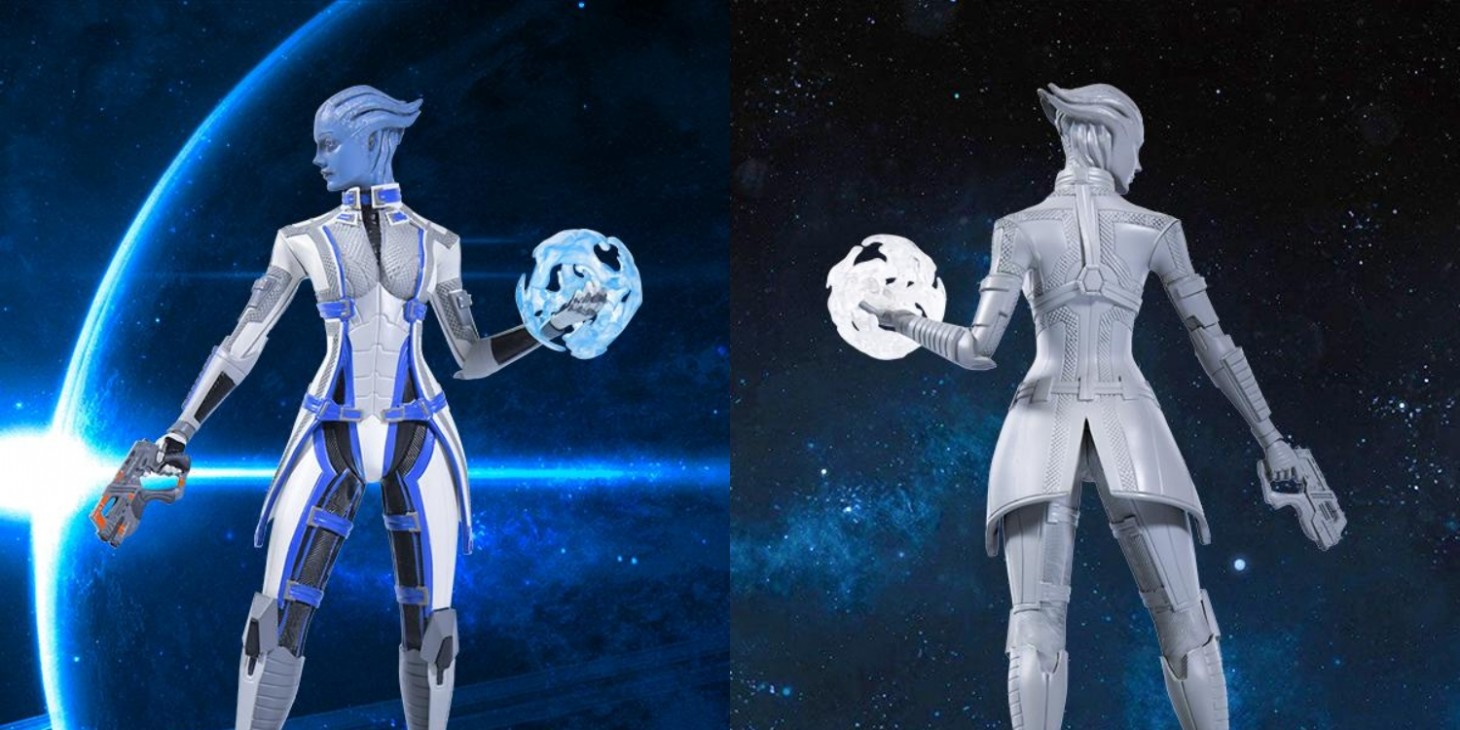 Everybody's favorite blueberry is back and by the goddess, this is a nifty collectible. The BioWare Store officially debuted two versions of the Liara T'Soni collectible figure, much like it did with Garrus Vakarian. Fans of the space franchise can opt into the fully colored version or the prototype version, the latter being limited to just 250 units.

BioWare teased this statue prior to the launch of the Mass Effect Legendary Edition earlier this year, giving fans of the wide-eyed Asari a chance to celebrate their love for this character:

Welcome an Asari archaeologist and Prothean expert to your squad with the @MassEffect Liara T’Soni Collectible Statue 💙 https://t.co/u8zlGPztOM

Limited to only 2,000 pieces worldwide. pic.twitter.com/RyAvEuIjhy

For those that may want a refresher on our favorite blueberry, Liara T'Soni is an Asari researcher that we first meet in Mass Effect 1. When we first stumble upon her on the planet Therum, she's excavating a Prothean ruin and triggers a trap that encases her deep within the catacombs. In our first meeting with Liara she's a wide-eyed lover of science and discovery. She's also a bit naive, and that's why many felt so attached to her right off the bat: she was brilliant, kind, adaptable, and, whether romanced or not, was a valued friend.

In Mass Effect 2, she truly comes into her own power, a power expertly reflected by the trilogy's conclusion. The latest Mass Effect collectible will pay homage to her character, which is fitting considering she is one of the most beloved companions to come from Shepard's story.

You can find the prototype (unpainted version) here, with the fully painted edition here.

The two versions of the Liara statue retail for $95, the same as the previous Garrus collectible.  While you're here, check out our frame-by-frame analysis of the Future of Mass Effect trailer, where I even pull from the comics and books to explore every facet of where the Mass Effect franchise could go next.