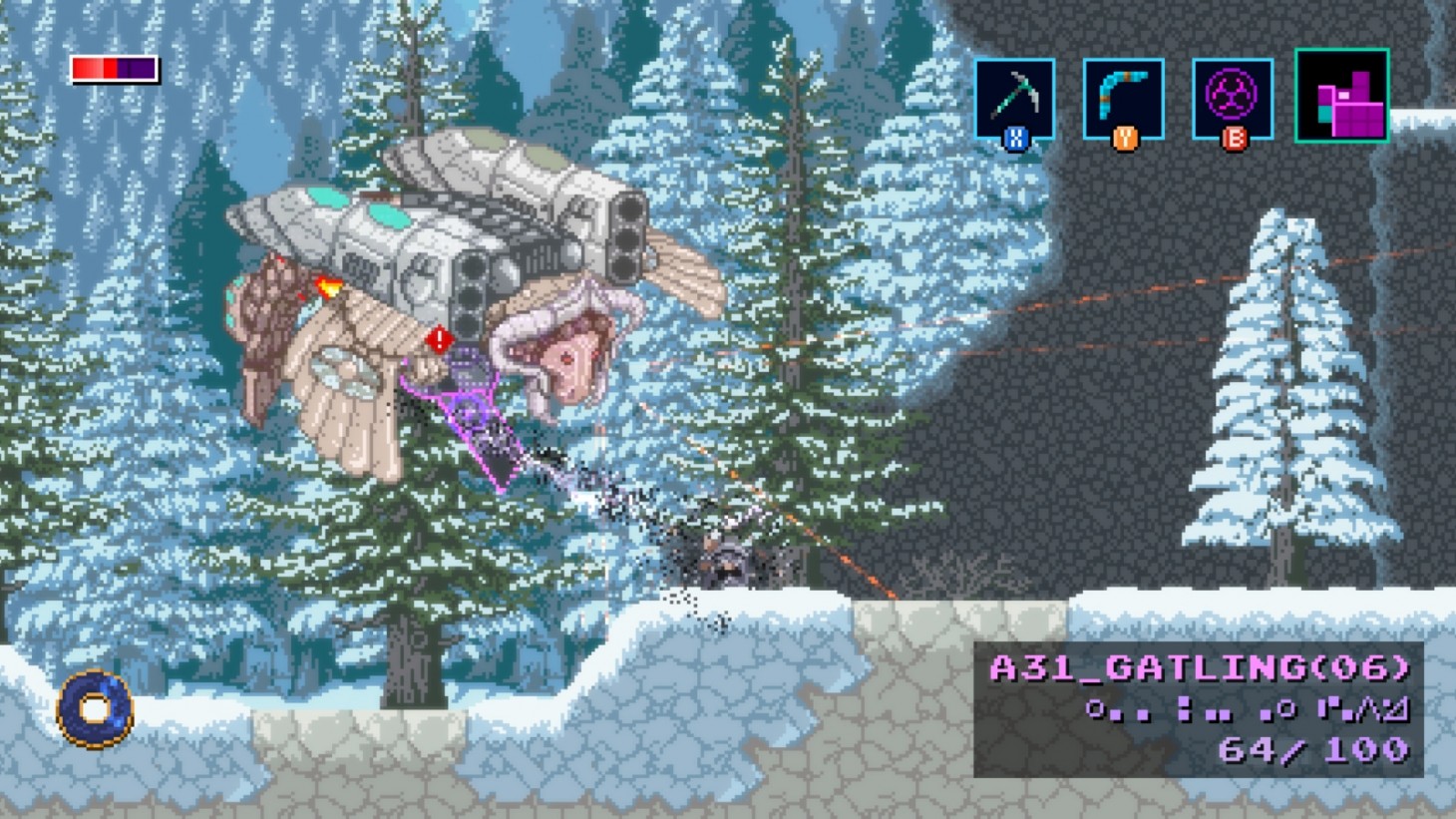 Axiom Verge 2 has been delayed for a second time. Although it never had a firm release date, the sequel to the 2015 Metroid-inspired hit was originally scheduled to arrive last fall before being pushed to a vague launch window sometime before June 2021. Creator Thomas Happ has confirmed that won’t be the case, and Axiom Verge 2 is now slated to arrive sometime during Q3 2021.

That would place the game’s release between July 1 and September 30. IGN first broke the news with Happ posting a message on the Axiom Verge 2 website confirming the delay. While he doesn’t provide specifics, Happ states he simply requires more time to work on the game without killing himself to get it done since he’s the sole developer on the project.

“I could go into a long spiel about why it’s taking longer than I originally forecast, but I don’t want to get too bogged down into technical details. Suffice it to say that the game will be better for the additional time, and I won’t have to burn myself out crunching to hit a date that I set for myself," says Happ.

As an apology of sorts for the second delay, Happ has made the documentary about the making of the first Axiom Verge permanently free to watch online. The 26-minute film comes from 2 Player Productions, the company best known for its acclaimed Double Fine Adventure documentary series. It chronicles Happ’s five-year journey creating Axiom Verge and was originally included in Axiom Verge: Multiverse Edition as a physical blu-ray and purchasable on Steam as a standalone film. Now you can check it out on Steam at no cost here and, eventually, the Epic Games Store, presumably for free as well.

Axiom Verge 2 was first announced during a Nintendo Indie World showcase in December 2019. While the game retains the sci-fi retro vibe of the original, it serves as both a prequel and a sequel featuring a new protagonist, alien world, and bizarre weapons. Like he did with the first game, Happ is handling all aspects of the sequel’s development. Earlier this year, former GI Editor Joe Juba published an extensive hands-on preview of the game that provides first-hand impressions of everything Axiom Verge 2 has to offer. You can give it a read here.

Axiom Verge 2 is coming to Switch and PC as an Epic Games Store exclusive.

What do you think about Axiom Verge 2’s latest delay? Let us know in the comments!