Nier Reincarnation is an upcoming mobile game that serves as the next chapter in the expansive Nier universe. The title has been out in Japan for some time, but last week, Co-Director Daichi Matsukawa announced that the team was preparing for the game’s pre-registration. Starting today, you can finally add your name to that list if you live in North America, Europe, and Korea. 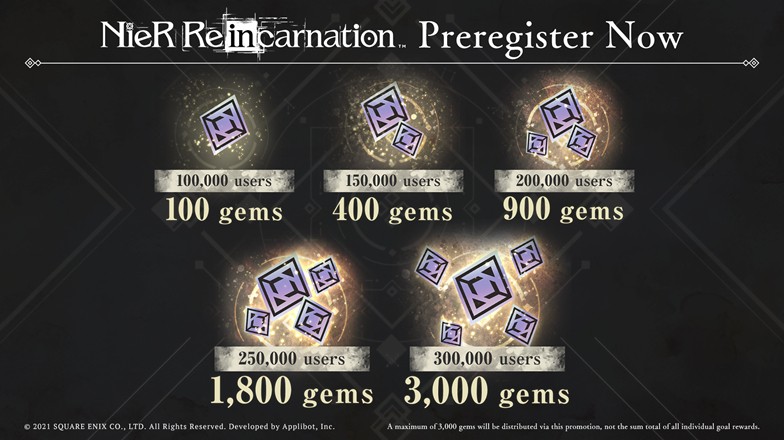 Players can pre-register through the AppStore and Google Play right now. However, anyone who registers through the latter platform might be randomly selected to participate in a closed beta test before the full game becomes available to the public. Of course, in-game rewards can be secured as well. If Nier Reincarnation acquires 300,000 pre-registrants, all players will be gifted 3,000 gems on launch day that can be exchanged for powerful abilities like summons. More information about the pre-registration period can be accessed here.

At its core, Nier Reincarnation continues the dark and melancholic themes that the franchise is known for. The story chronicles the odyssey of a young girl and her companion, Mama, as they attempt to navigate and survive in an otherworldly realm called The Cage. Beyond this, the narrative details become a little vague, but remain exciting nonetheless: “To reclaim what she has lost – and atone for her sins – [the girl] sets off on a journey through this place of unknown creation.” For a better idea of the visuals, mood, and gameplay, watch the promotional trailer at the top of the page.

There's bound to be emotionally tense moments penned by Nier creator Yoko Taro and incredibly atmospheric music composed by Keiichi Okabe. Even Producer Yosuke Saito was also involved in the game's development. Details on the release period have not been unveiled yet, but Nier Reincarnation will be playable on iOS and Android devices.

I’ve been waiting for this game for a long time, so I’ve already pre-registered it; are you planning on doing the same? Do you think that the fast-paced combat mechanics and multi-layered plot motifs will translate well enough to the small screen? 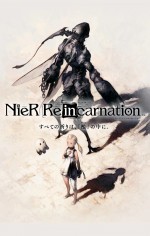