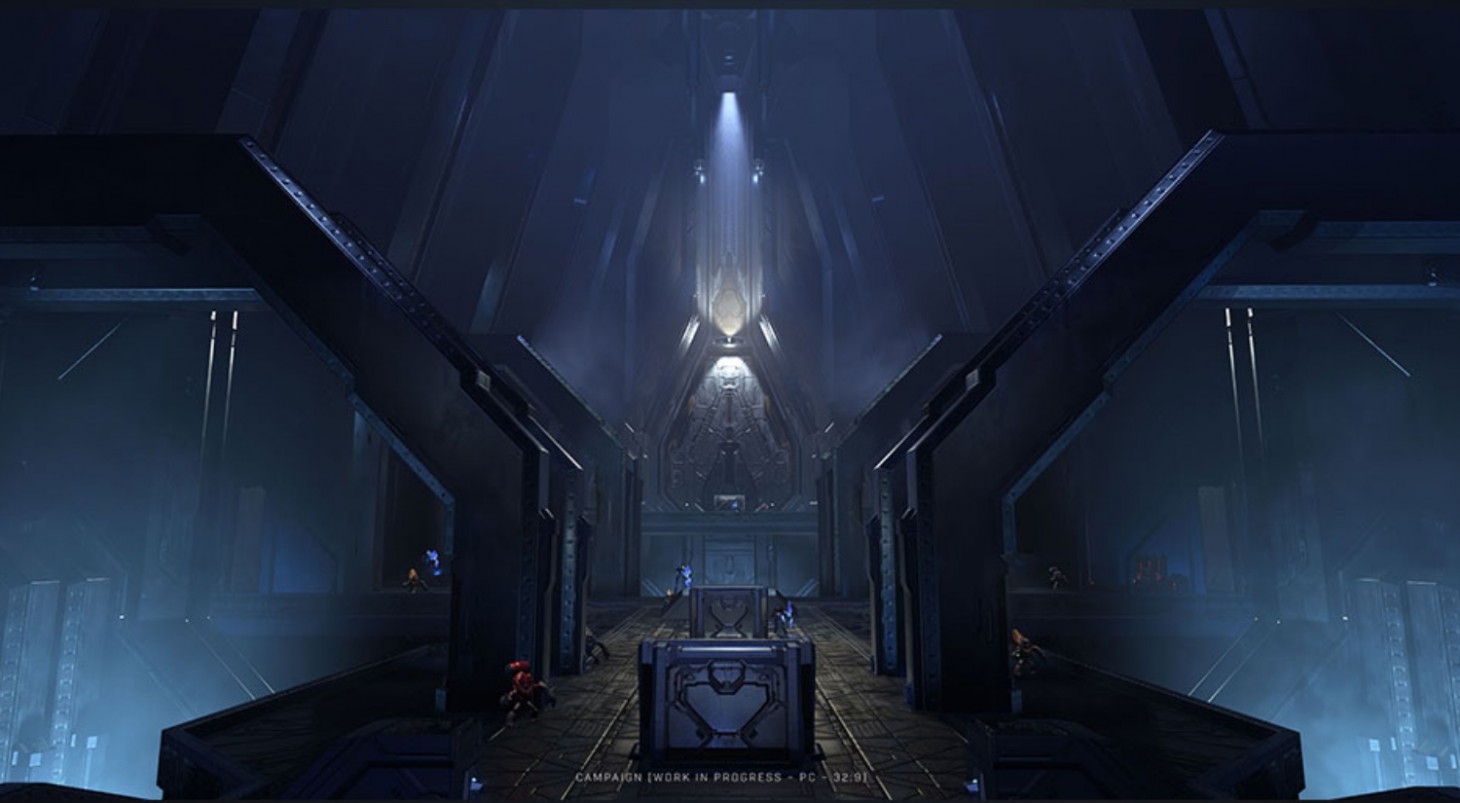 Last week, 343 Industries confirmed that Halo Infinite offers special features for PC, as well as the confirmation that it will be crossplay and cross-progression compatible between console generations and PC. To show off some of those features for PC, including ulta-widescreen support, 343 Industries has shared a new Halo Infinite screenshot from the campaign to show off the various options.

The studio has been very clear that Halo Infinite has also been designed for PC, that it's not just a simple port. That careful iteration is likely because when the Halo: The Master Chief Collection first made its way over onto to PC via Steam, it was a mess of stability issues, a ton of bugs, and poor porting. The team has worked tirelessly to correct these problems and has largely turned the experience around. However, looking back on that time, it is easy to see why 343 would want to avoid a similar situation with a brand new game like Halo Infinite. 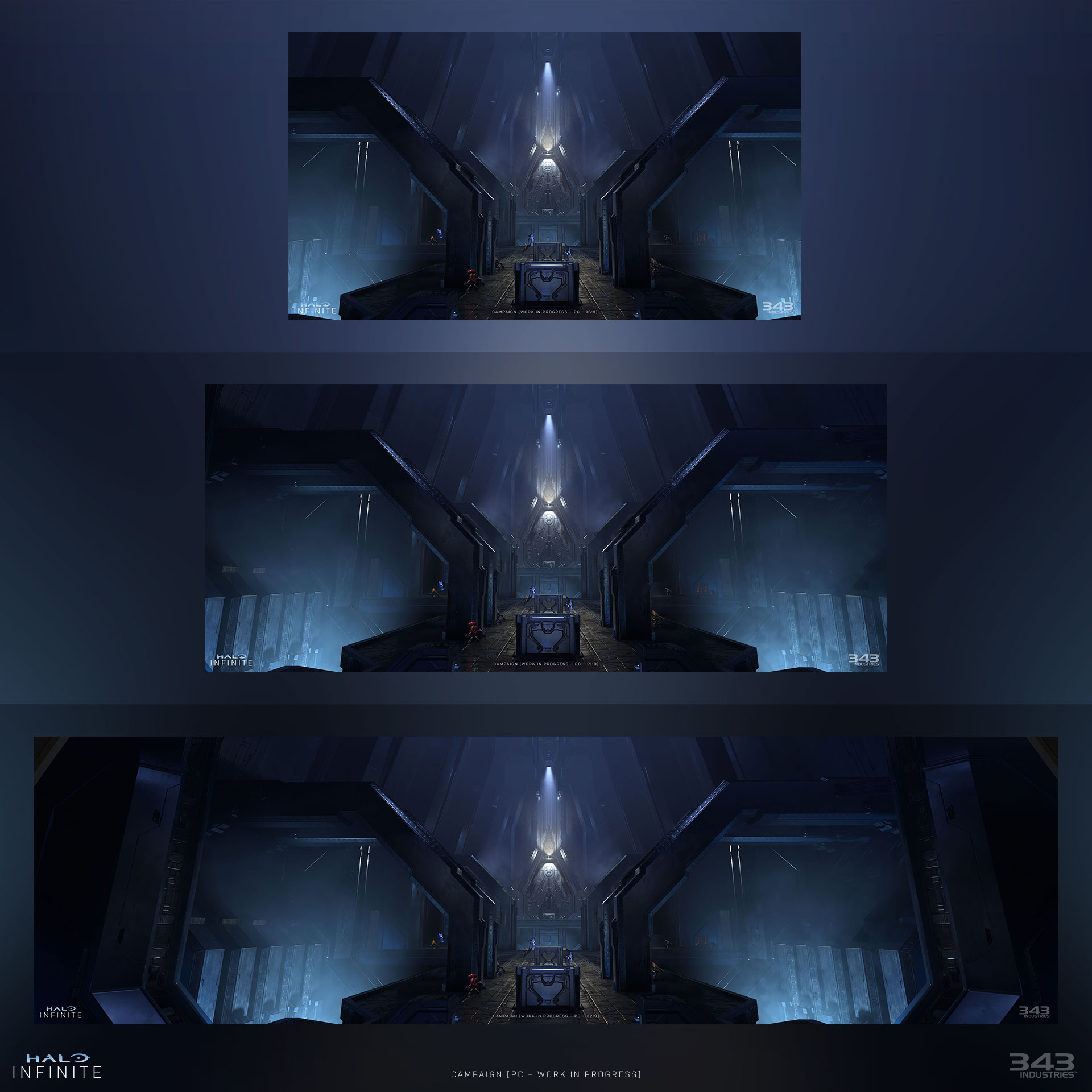 The caption for the image seen above says that Halo Infinite will support several different resolutions, including 32:9 super ultrawide.

When 343 Industries first revealed Halo Infinite gameplay, the reactions were mixed. Some thought it was an abhorrent representation of the "power" of next-gen technology with the Xbox Series X. In contrast, others were excited that it looked like an authentic Halo experience. For me, I am leaning more towards the latter. I understand the criticisms, especially given that Halo Infinite was poised to be the epitome of next-gen gaming. Still, all I got from that gameplay demonstration was heavy Halo Reach vibes. Every part of what was shown looked artistically like Halo and authentic in its stylization. The reveal had me excited for the next step, though the community was very much divided. That being said, the decision to delay came shortly after the criticism, and the team is hard at work at making Infinite the Halo experience fans are craving.

We don't have an estimated release date at this time, though an actor allegedly tied to Halo Infinite did seemingly confirm that it would be releasing with the November 2021 timeframe. 343 Industries also confirmed that it would be ready to show off new gameplay this summer.

Thoughts on the gameplay reveal of Halo Infinite and the team's decision to delay? What are you looking forward to the most about the upcoming continuation of Master Chief's story? Sound off with your thoughts in the comment section below! You can also catch up on what else is new with our dedicated Halo: Infinite hub here.