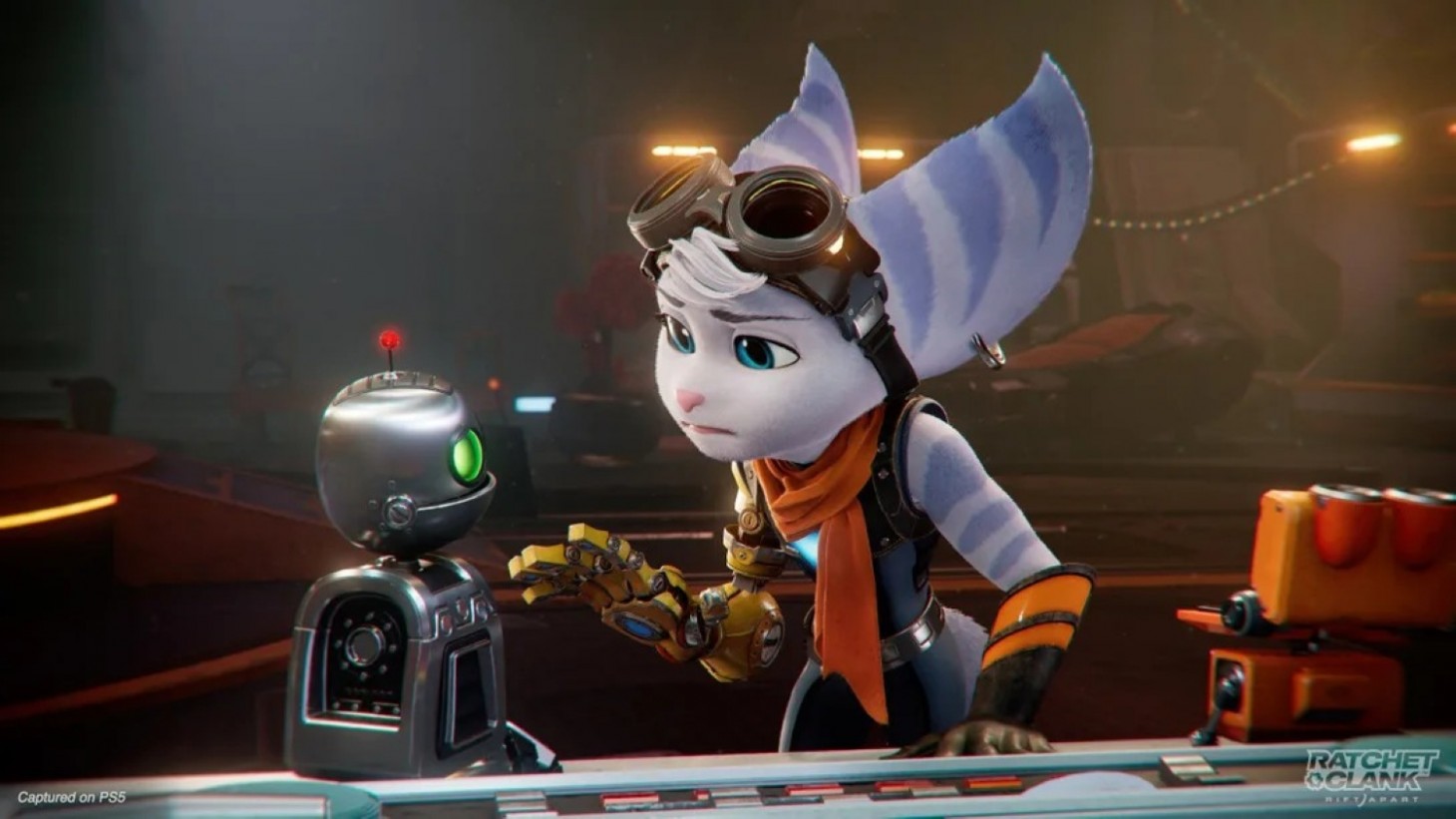 A new Ratchet & Clank: Rift Apart trailer has arrived and it brings a few new revelations for fans eagerly awaiting the latest title in the iconic Insomniac Games franchise. The first reveal? We finally know the name of the new female Lombax character: Rivet. Even better, we've got a new video that dives a little deeper into what this secondary playable character brings to the table, as well as a confirmation that Rift Apart will have a shiny new Photo Mode to enjoy.

But first, let's talk about Rivet.

Rivet is a resistance fighter from another dimension that will team up to help stop the evil Emperor Nefarious from taking over the world. She's another playable character that players can kick butt with, which will be needed because Nefarious City - if going by the name alone - sounds like it's going to be anything but an easy ride. If her voice sounds familiar, you may recognize Jennifer Hale. Hale is in so many different titles out there, including our Jane Shepard from the Mass Effect games.

Also confirmed is that a few franchise favorites will be making a comeback, including Sargasso and Torren IV, but it wouldn't be a new game if there weren't some shiny new weapons to master, as well. Take a look at the latest trailer below to see what else Rivet and crew bring to the world of Ratchet & Clank:

Also included in the latest info drop is that Ratchet & Clank will offer a Photo Mode. This addition is an optional tool that players can use or ignore, but with everything shown off thus far about Rift Apart? I can't imagine letting this feature go to waste. The PlayStation 5 arrival boasts stunning ray tracing and beautiful gameplay mechanics. With new areas to explore, that Photo Mode will help document every new discovery and every enemy takedown that takes place.

Sony also confirmed that a new State of Play is happening later this week, a showcase with over 15 new minutes of Ratchet & Clank: Rift Apart gameplay to show off. To learn more about that, including what else to expect from the latest digital event, you can check out our previous coverage here.

Are you excited to take on a new Ratchet & Clank adventure with Rift Apart? What are your thoughts on Rivet so far? Sound off with those Insomniac Games hot takes in the comment section below!